To sit down for a drink crafted by Jon Smolensky is a unique opportunity. You’ll find quickly that he has mastered that crucial skill that all great bartenders must hone––the ability to bring a symphony in balanced flavor. A perfect cocktail takes myriad tastes, aromas, and competing nuances like sweet and sour, bitter and bright, and it forms something entirely new on the tongue.

To achieve this, you have to master the classics. In mastering those, there is a real respect for history and it shows particularly in his unique panache at drink making.

His company Sovereign Canada Wine & Spirits works with bars across the entire country to, at the base, bring great drinks to great people. But, it’s an agency dedicated to also staying on top of trends, influencing cultural shifts in the industry, crafting elegant-yet-exciting bar programs and driving sales for the bar clients that Sovereign Canada serves.

A history buff, as many great barmen are, Smolensky is often traveling. A rare treat would be to find a barstool next to him, to discuss his love of country, of fine spirits and cool modifiers, of flavor and of a good story. We’ve done just that.

Cherry Heering approached him in the quest to honor their own history. The brand turned 200 in 2018––a remarkable milestone, to be sure. The brand asked Smolensky to pick a single year from the last 200, to honor it with both his thoughts on global and personal importance and to design a single drink with that year in mind.

“This was the year that Canada became a country, and as Canadian bartenders have become major contributors to the rediscovery and advancement of the cocktail and hospitality culture worldwide, I thought it was extremely important to take a moment, stop, and celebrate a date that sometimes gets glossed over even by us natives,” Smolensky says. “As Heering celebrates their bicentennial, Canada has finished celebrating their 150th anniversary––we are still relatively young. Our country is expansive but diverse, and one thing that certainly unifies us from coast-to-coast is the tradition of communal drink.”

When looking at 1867, Smolensky knew he had to dive deep and to look further back in order to do the date justice. He began studying the native settlers during Canada’s first and very formative years, including their earliest drink traditions.

“Geographically speaking, most of Canada’s major communities had developed in the eastern seaboard,” he offers. “Aside from sparse Viking settlements, the Acadians were certainly the first major populace in Canada. Although several political and socioeconomic events displaced most of them to Louisiana, one Acadian, Jean Talon, who was the First Intendant of New France, is reported to have already set up stills within his brewery in Quebec City by the late 1660s. There is no specific recordkeeping of the space. However, pundits agree that it is most likely the stills would have been mimicking some of the high proof brandies and liqueurs that were being imported from France already.”

The first recorded distillery is listed as 1769 for Canada, located in Quebec City, producing rum from thick molasses, shipped and consumed largely by the maritime industry of the day.

“Once the Loyalists were established in Upper Canada, grain distillates started becoming fashionable as well,” he says. “In fact, by 1858, Hiram Walker had his operation up and running. There is certainly evidence that suggests by the time Canada had officially formed Canadian spirits were already an important export. Our relationship and tradition with exporting to our most important trade partner, the United States, certainly came far before their days of Prohibition. Distilling is just something that we did, and since our nation was born out of multiculturalism, we already had an arsenal of original and diverse liquors to share with the world. Eighteen-sixty-seven is just when everything became officially ‘Canadian.’ It goes without saying that drinks, whether it is liqueurs, dry spirits, beer or wine, are an important part of the fabric of our history.”

Thus, he would reach for rum first when posed the task of crafting a tipple to commemorate his love of Canada, the year of 1867 and, of course, the 200th birthday of Cherry Heering. The rum would need to be heavy and viscous, a Navy style, to harken back to those maritime days and the rum that sailors would have known best.

“The reasoning behind that choice was not just because a rum distillery was the first recorded one in Canada, but because it also pays homage to the cultural epicenter of Canada – the Maritimes,” he says. “Rum, in one way or another, has always been an extremely important part of maritime commerce and life, so much so that it appears in many folk songs originating from the area. Cherry Heering was a natural fit to any cocktail of that nature. Cherry Heering has always been a passenger of maritime trade. Since early Canadians already had a pension for liqueurs, when something like Cherry Heering was unavailable, it would have been the exact sort of thing that at the very least would have been imitated (but never replicated, of course) by early Canadian distillers. As for the rest of the ingredients – they are all things that would have been accessible through merchant ships in major ports of call. Bitters, port and Indian spices are all ingredients that have a healthy history of transport.”

His resulting Maritimer begins with two ounces of Ironworks BlueNose Rum. “This is RoyaI Navy style dark rum and very Canadian,” he explains. “If you can’t get your hands on something like that, I suggest using Lamb’s Navy as a base blend and go from there.”

To that, he adds a half ounce of Cherry Heering, a quarter ounce of Taylor Fladgate LBV Port and an equal measure of Bittermens Hiver Amer Bitter Cinnamon Liqueur with two dashes of Dale DeGroff's Bitters. Stirred, strained and garnished with a beautiful lemon twist, the drink is a true testament to history and to that gorgeous balance in modern craft bartending.

“My goal was not to recreate the wheel by any means, but rather, to create a cocktail that can be a lens into the rich history of my country,” Smolensky says. “I wanted these flavors to be able to tell a tale of a certain part of the world (The Maritimes) that may have humble roots, but have been an integral part to the story of drink. As a general rule, Canadians value quality over quantity,” he adds, smiling. “The ingredients and flavors set out here have been meticulously chosen because they are commensurate with the supreme high quality and originality of Cherry Heering as a spirit.” 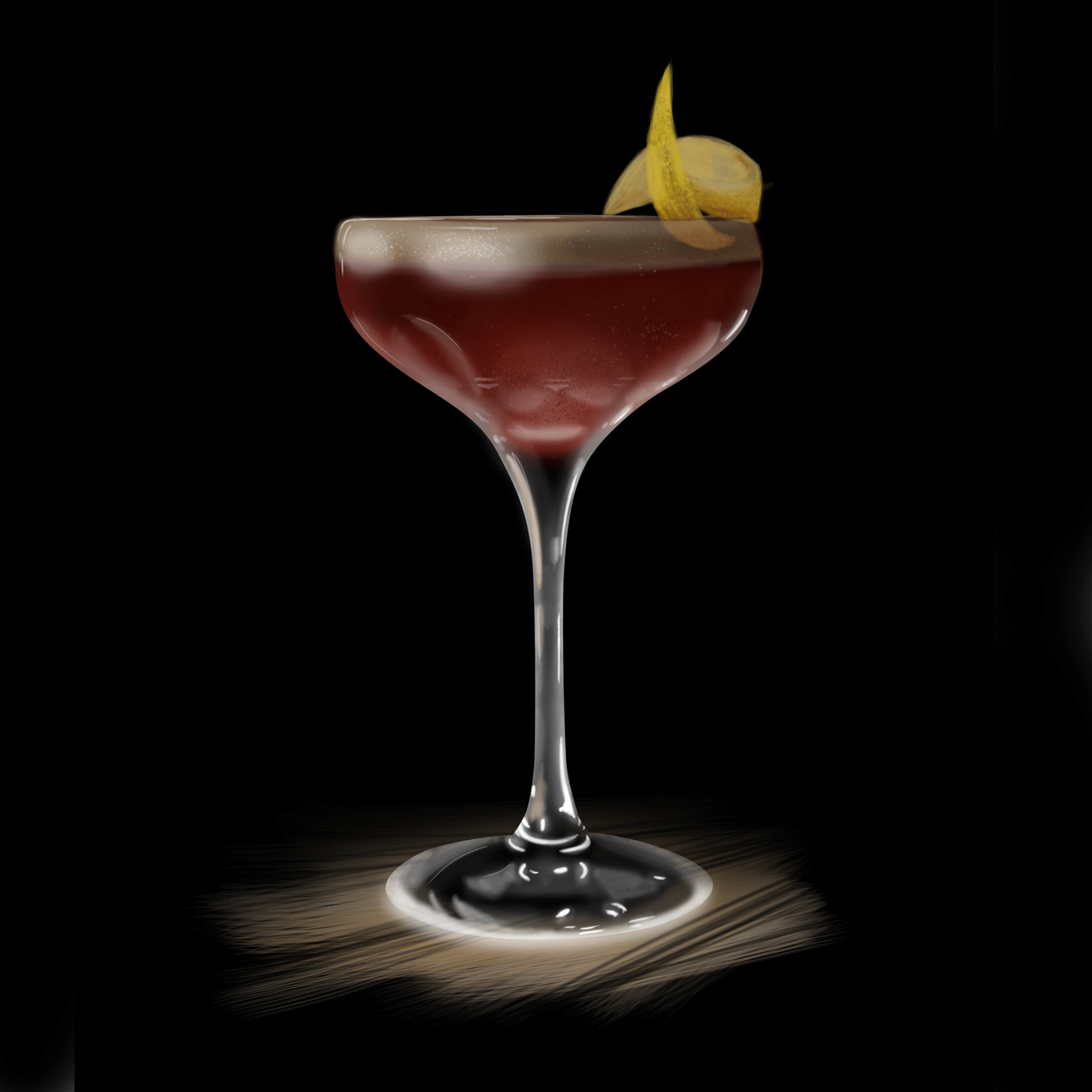