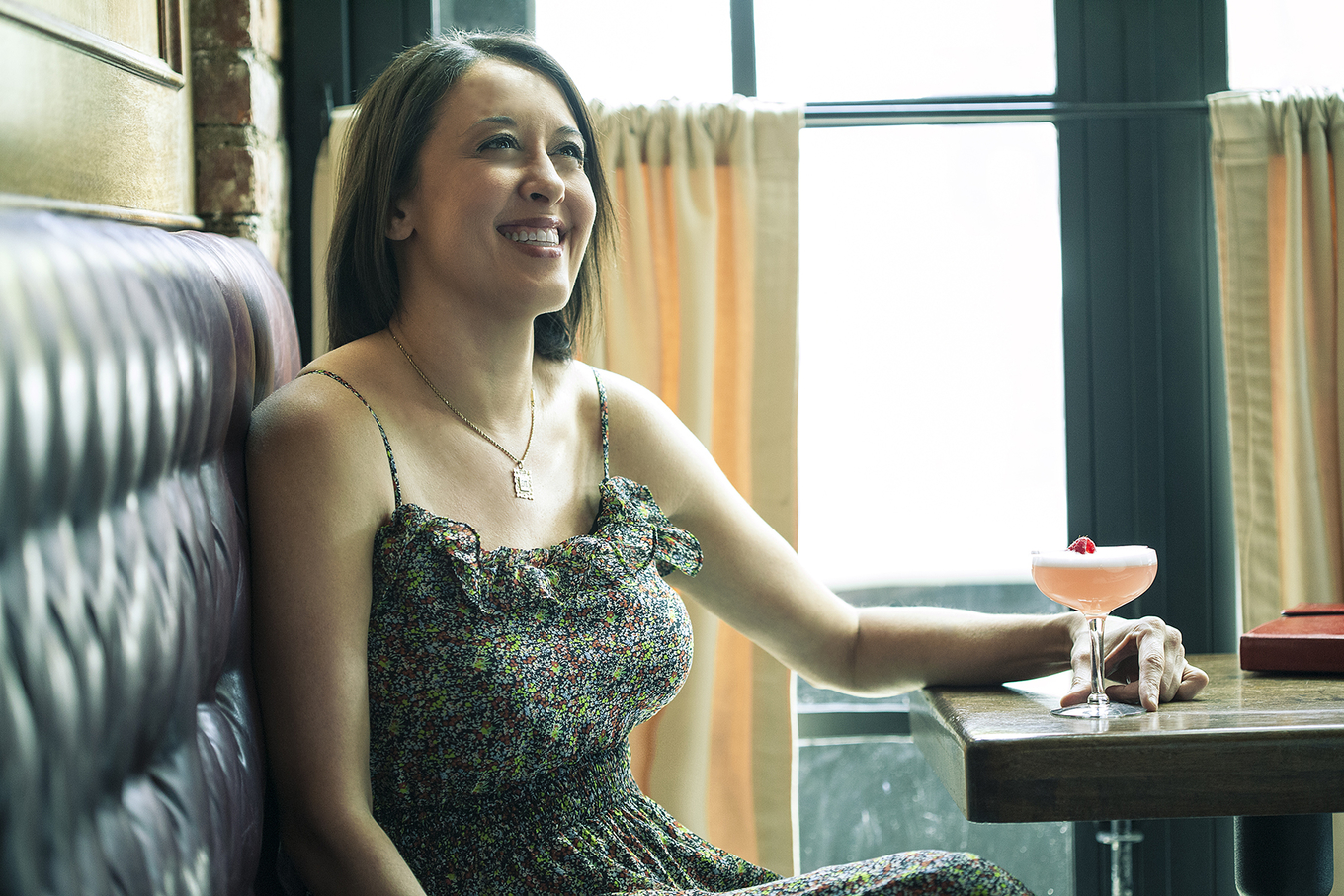 Julie’s path from 18 year old cocktail server to international cocktail icon is a long and beautiful one, and looking at her career, it seems as if she planned it all along.

Just over a decade ago, I had the privilege of getting to visit New York City for the first time in my life. I was nervous and excited, and upon my arrival I got to fulfil one of my longtime dreams. I checked into my hotel, dropped my bags, and went downstairs and hailed a taxi. And just a short while later I was finally seated at the first New York cocktail bar on my list: Julie Reiner’s Flatiron Lounge.

Reiner grew up in Hawaii, surrounded by the bounty of flavors and ingredients of the islands. She worked as a server in a cocktail bar for a while, but eventually moved to San Francisco to, among other things, begin her career behind the bar.

She started at the now-defunct Red Room, that legendary club known for all manner of “Tini” served in oversized glassware. The bartenders would train her in military fashion, shouting drink orders at her and throwing her to the wolves daily until she got up to speed behind the bar. Which she did, successfully, until her then-girlfriend and now-wife Susan was accepted at NYU for grad school. And that’s when everything began to snap into place for Julie Reiner.

The unique approach that Julie brought to the New York cocktail scene could only have come from her personal history. Growing up in Hawaii gave her a unique perspective on fresh flavors and warm hospitality. Training in San Francisco gave her insight into a seasonal and locally-driven culinary approach. Working in New York gave her an interest in and appreciation for classic cocktails. And in 2003 she took all of this and poured it into her first bar: the now iconic Flatiron Lounge.

The Flatiron is a sort of Art Deco love letter to old New York drinking. Classics are presented with perfection. Originals are crafted with the freshest ingredients. And the hospitality and space are both warm and inviting. In the early days of Flatiron Lounge, Cherry Heering was one of her favorite modifiers. The cocktail-minded bartender wasn’t able to procure as many liqueurs back then, especially high quality ones like Cherry Heering. Heering was used quite often on the menu, and she loved that it had such a long history.

In 2005, Julie partnered with Audrey Saunders to open Pegu Club, now another New York staple (and the second New York bar on my list of places to visit). In 2008 she opened Clover Club in Brooklyn. All three bars opened to rave reviews and have enjoyed a top ranking among the best bars in the world. In 2009, Clover Club was honored with the award for “Best New Cocktail Lounge in the World” at Tales of the Cocktail, and in 2013, took home the awards for “Best American Cocktail Bar”, and Tales of the Cocktail“Best High Volume Bar”. Julie was personally awarded “Best Bar Mentor” as well.

In 2015, Julie opened Leyenda, a pan Latin bar and restaurant with Ivy Mix, a longtime bartender at Clover Club. Leyenda celebrates spirits and imbibing traditions from across the Spanish-speaking world and beyond. Julie’s consulting company, Mixtress Consulting, helps to create top-notch beverage programs and cocktails for restaurants, bars, resorts, and spirits companies. Her book, The Craft Cocktail Party: Delicious Drinks for Every Occasion was released in 2015 as well.

The year she selected is 2010, the year that she and Susan opened up a modern tropical cocktail bar in Manhattan called Lani Kai. It was designed much like the modern hotels are on the islands. This cocktail, the Lani Kai Sling, was actually created for the opening menu. The idea was to create a rum riff on the Singapore Sling.

The Lani Kai Sling uses a split base of Hawaiian Agricole Rhum, and a white rum from Guyana. The rums are combined in a cocktail shaker with Cherry Heering, Benedictine, Cointreau, house-made grenadine, fresh pineapple and lime juices, and Angostura bitters.

Julie’s career is a study in perfection, a nearly-perfect progression in this business, and one based on the ever unattainable goal of perfection. She not only makes the world a better place for her guests, she improves the lives of the people that work for her, and she gives us all, no matter how far we might live from New York, something - and someone - to look up to. 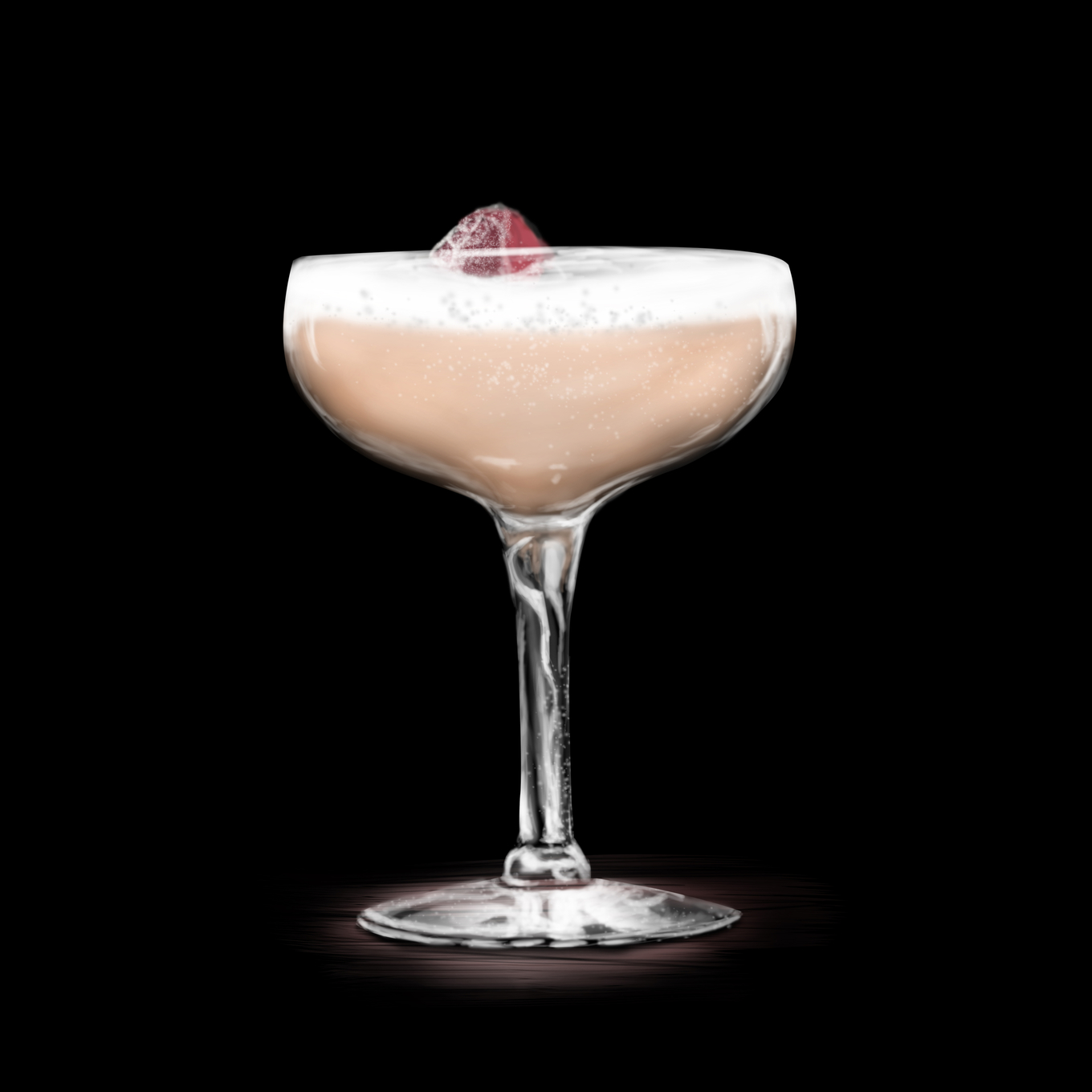 Glass: Half hurricane
Garnish: Pineapple slice, umbrella, and Luxardo cherry
Method: Combine all ingredients in a mixing tin, and shake with ice. Strain over fresh ice in a half hurricane glass.