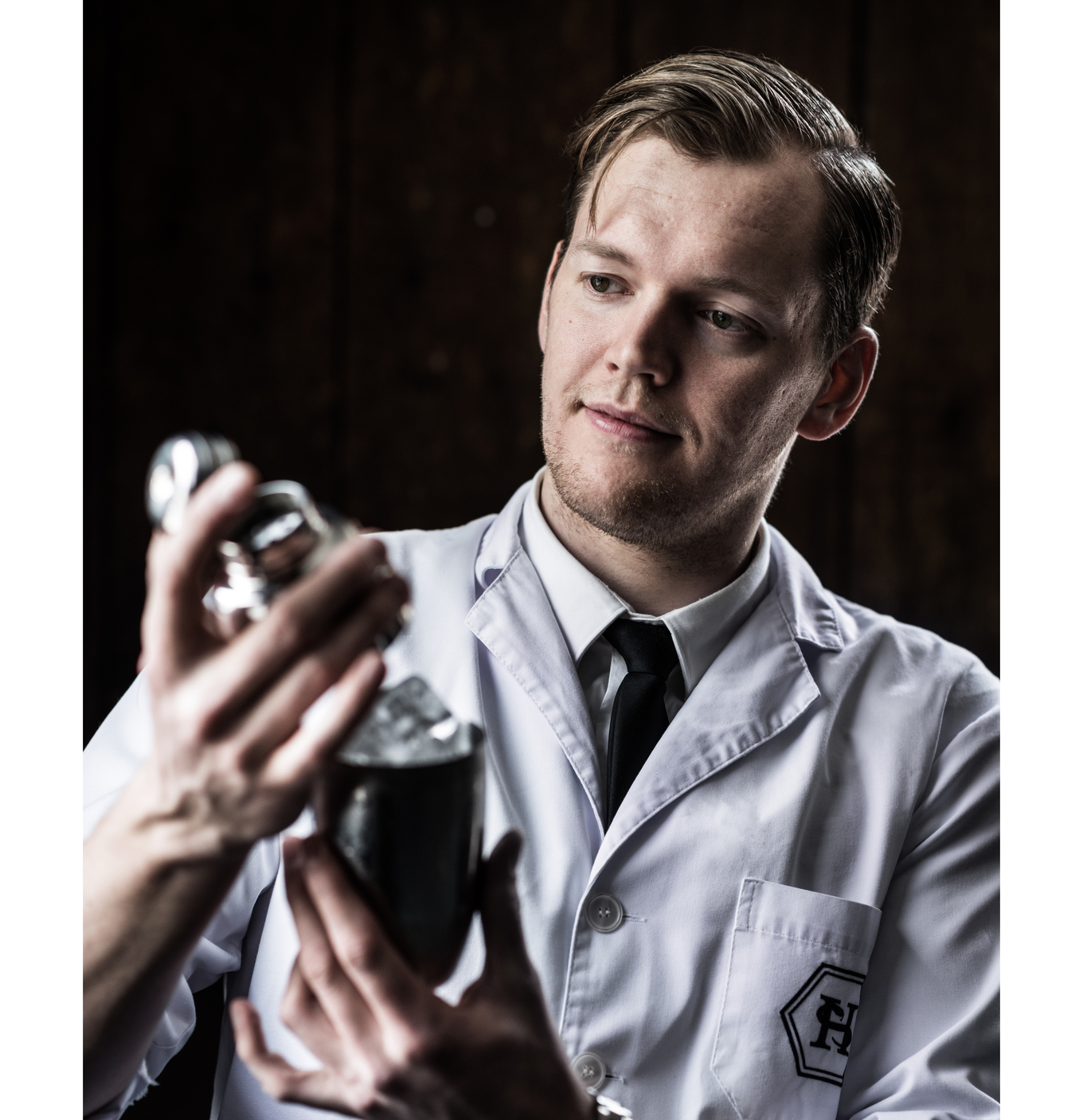 1906 was a great year for women in Scandinavia, explains Odd Strandbakken, presiding deity at HIMKOK, the Oslo bar-cum-distillery that’s the region’s top entry in the World’s 50 Best Bars. That was the year when Finland became the first country to give women full suffrage: not only the right to vote but the right to run for office.

Norway followed in 1912 and today women hold the three most senior roles in government: prime minister, foreign minister and finance minister. “I was shocked when I started travelling and saw a huge difference in the way either gender would get hired or get treated,” Strandbakken says. “We don’t really treat anyone differently when it comes to jobs.”

Strandbakken draws on both Scandinavian and feminist elements to create his fruity but complex long drink, Liberation. Cherry Heering, a Scandinavian icon that’s a staple in every Norwegian home bar and back bar, forms the backbone of the blend. Almonds, a Norwegian obsession, feature in the form of orgeat. Amaro di Angostura was created by an all-female team.

It’s a mix that’s easier to recreate than the drinks Strandbakken crafts at HIMKOK – although, with over 190,000 cocktails passing over the bar each year, it has much more than niche appeal. A focus on local ingredients and flavours sees the team distilling three vodkas, seven gins and nine aquavits, working with materials as diverse as cheese and cloudberries, and putting a Norwegian spin on everything from Tiki to martinis.

And when it comes to sourcing, HIMKOK walks the walk. “We have seaweed gathered by a diver in the middle of Norway; we have a local botanist that grows a lot of herbs for us,” says Strandbakken. He is especially proud to help support local farmers.

As Norwegian as his bar, Odd, whose “unusual” first name means “arrowhead”, is 1.89m tall, fair and even likes to fish. He cut his bartending teeth over in Longyearbyen, a town deep inside the Arctic Circle, in Norway’s Svalbard archipelago. “We had more polar bears than human beings,” he says. “3,000 polar bears and 2,500 people.”

Even by Scandinavian standards, Svalbard tends to the chilly: it’s two hours north of Iceland. “The coldest experience was -65° C,” Strandbakken recalls. “That’s so cold that cars don’t start and it’s actually illegal to go outside. If you’re exposed to -65°, your eyeballs start freezing – so you will die if you go outside.”

Almost 9,000km north of the Equator, the seasons passed more like phases of the day. “You have seven months of just pure light, so bright you have to use goggles because you can go snow blind, two months of twilight, which is just magnificent, and three months of pure darkness,” Strandbakken says. “Since we don’t have any light pollution, you can see the whole Milky Way, all the constellations and the Northern Lights almost non-stop during winter.”

In summer, Strandbakken taped tinfoil on his windows and blocked the cracks under the door in order to sleep – “A lot of people go crazy during the summer months,” he explains. During winter, when the ocean freezes, cutting off the port, everything from ketchup to butter would run out.

The Radisson Blu where Strandbakken worked for almost four years was, in fact, one of the best places in Norway to learn to make drinks – and not only because Svalbarders drink “like maniacs”. “They don’t have any alcohol tax or sales tax, so you could make a lot of good cocktails cheap,” he says. That’s no small matter in a nation with the second highest alcohol tax in the world.

“When you sold one and a half gin and tonics, the rest of the bottle and all the tonic was already paid off, so once we started selling cocktails we were going to make a lot of money,” Strandbakken adds.

Fascinated by drinks since he made his first mocktail aged nine, by the time he turned 16 Strandbakken was bringing a bag of liqueurs and spirits to parties. “My first apartment when I left home had a bar with 75 different spirits in it, and an actual bar top that my dad made,” he recalls. Long before Norway, a country with only 5 million inhabitants, had a bar scene, he was reading up on cocktail stories, recipes and techniques.

Since wowing HIMKOK’s co-owner and GM, Yunus Yıldız, with some Turkish patter at Prinzipal Kreuzberg during Bar Convent Berlin, Strandbakken has hardly looked back. He is lucky enough to be able to make money from both his passions – bartending and card magic – and is a good enough magician to be on visiting terms with David Copperfield.

If Strandbakken’s card magic were real magic, and he could change one thing about the bar industry, what would it be? “I’d want an equal amount of men and women behind the bar,” he says. Yet, Liberation notwithstanding, he’s not entirely convinced that will happen. “Drunk people are still drunk people, and men are horrible creatures.” 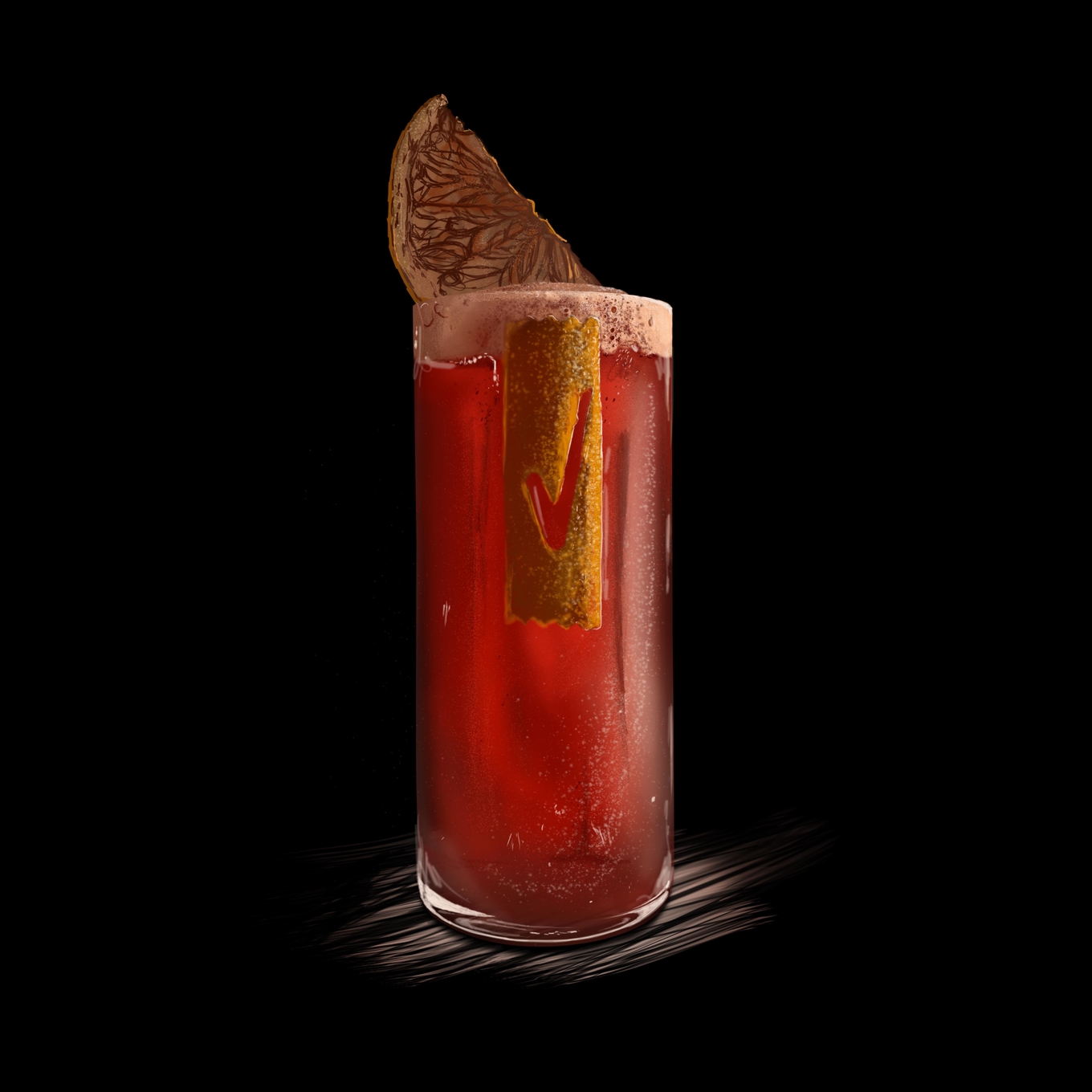 Glass: Highball
Garnish: Dehydrated grapefruit and grapefruit zest.
Method: Shake the five first ingredients vigorously with ice, then add the soda in the tin before straining the cocktail into glass filled with cubed ice.

In autumn 2018, Cherry Heering invited bartenders around the world to compete in their classic challenge. Odd was crowned the well-deserved winner with his Pavoni cocktail. Take a look at our run-down of the competition here.