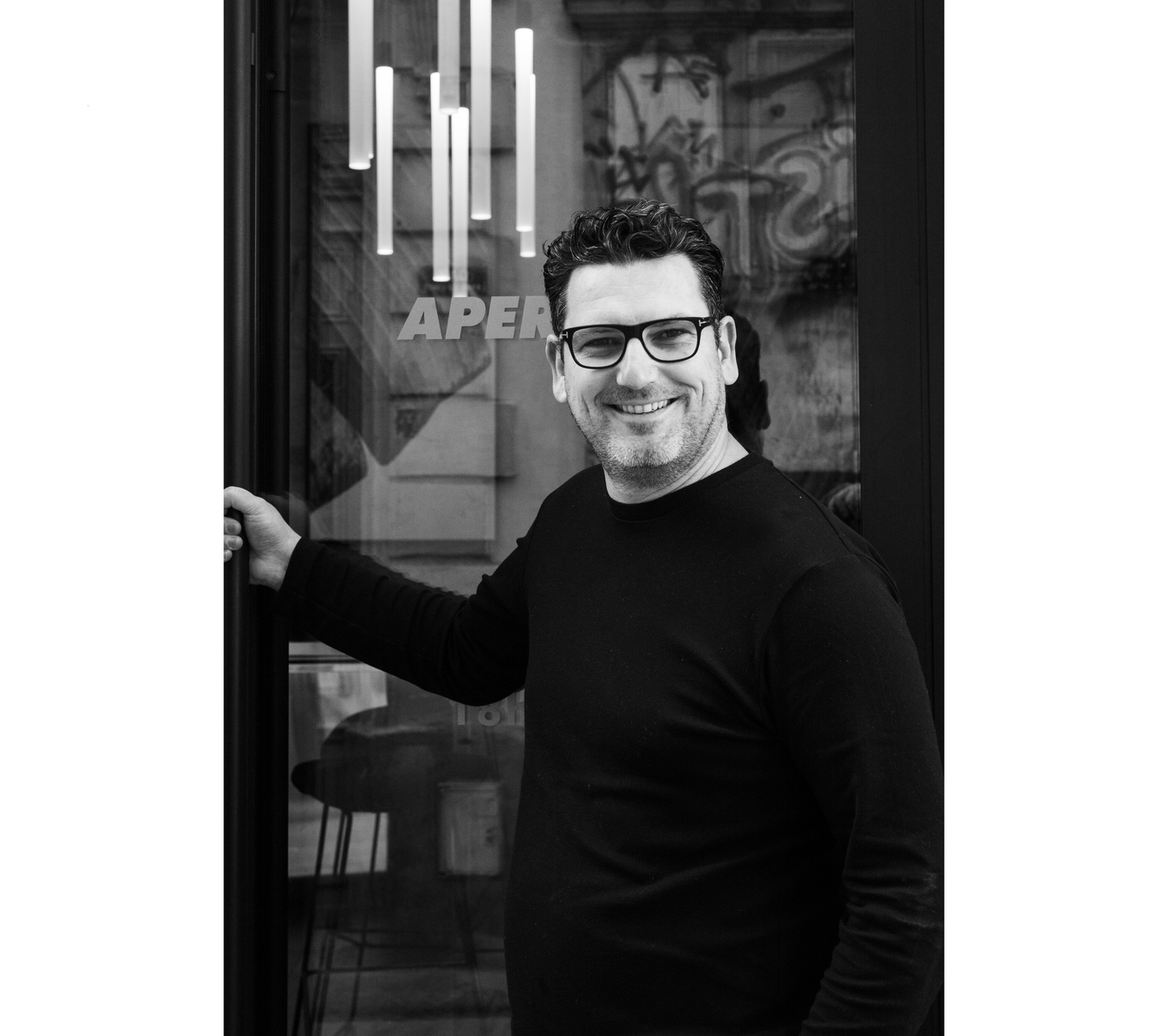 “Being an entrepreneur starts with a vision,” says Julien Escot, owner of France’s Baton Rouge and Aperture bars. “I must be inspiring to the people around me to convince them to follow me and make the project a successful reality.”

“We have to stay humble with success,” Escot adds. With three bar endeavours under his belt, a collection of bartending books and the global win in the 2012 Havana Club Grand Prix, he proves it’s possible.

The path to success

When Escot opened low-lit cocktail bar Papa Doble in 2009, he enriched the infant scene in the small city of Montpellier. As the name suggests, Papa Doble drew inspiration from Hemingway, both for the drinks and the interiors.

For Escot – as for many entrepreneurs – the road to success was tough and rather gloomy. “After two years of owning Papa Doble in Montpellier, the business was quite bad,” Escot recalls. “People were saying that opening an underground cocktail bar in a city where people drink wine and beer on sunny terraces was dumb. My partner began to think so too.”

His partner decided to leave the business. Yet, for Escot, scattering his vision to the wind wasn’t an option. “I went to see my bank advisor whom I convinced to finance the purchase of my partner’s shares,” he explains.

With finance secured, Escot pursued his vision for the bar. In 2011, Papa Doble placed 41st on the World’s 50 Best Bars list. It was the first French bar outside of Paris to make the list. “The success of the bar started from there and made the community of my city very proud,” he says.

In 2015, Escot partnered with Joseph Biolatto to open Baton Rouge in Paris’ Pigalle neighbourhood. Inspired by the Louisiana Bayou, skulls, crocodiles and voodoo details form a backdrop for Southern food and cocktails.

From a large sheet of Japanese paper to tarot cards, the bar’s menus are imaginative menus have won awards including Whisky Magazine’s Best Bar Menu. A recent menu design found inspiration in the texture and appearance of “tattooed human skin” and was recognised at the European Design Awards in 2018 for its originality and innovation. “We’ve tried to think outside the box,” Escot notes.

Capitalising on Papa Doble’s earlier success, Escot sold the bar in 2016 and focused on Baton Rouge.

After selling Papa Doble in 2016, Escot returned to Montpellier to open cocktail bar Aperture in 2018. Here he saw an opportunity to experiment. “We decided to have no backbar and to not shake the drinks,” he says. “It pushes us to innovate and do things differently.”

The drinks industry is increasingly concerned with its impact on the environment and Escot strives to create change. “Less sugar but better sugar, more seasonal ingredients, more sustainability,” he says. “The cocktail world must follow the global trend. I try to do those things in my bar. It’s not easy."

Besides hiring a tutor to teach English to his Baton Rouge team, Escot explores ways to better his staff's skills and experience. “I ask all the wine producers and distributors to come and teach us about wine,” he explains. “We also go visiting citrus plantations, vineyards, etc., on our days off if the staff is motivated. But the most important action is to correct all minor mistakes on a daily basis. To never give up on the fundamentals.”

Escot also values innovation and his bars are quite distinctive from one another. “The bars I create are unique,” he says. “I don’t duplicate.”

A meticulous businessman, Escot made the effort to master the trade before pursuing his own ventures. “I worked for 15 years as a bartender and bar manager before opening my own bar,” he recalls. “It allowed me to learn my craft and to save enough money to get into the bar business by my own. What is mine is mine and I can make decisions without the pressure of other people’s interests.”

Focused and committed, he refused to rely on investors to bring his ventures to life. “Each time I earned 100 euros I invested 100 euros. I do not depend on investors,” he notes.

However, for Escot, profit is not the zenith of entrepreneurship. It’s an element that helps him focus on his business and relieves the pressure to perform. “By telling myself that this is only about business, only about money. I can rebound if things are going wrong,” he says. “That helps me sleep at night and that helps me to make decisions.”

A bartender, a businessman and a visionary, Escot is well-equipped as he joins the finalists in Cuba for the Havana Club Bar Entrepreneur of the Year Awards next month. We wish him the best of luck!