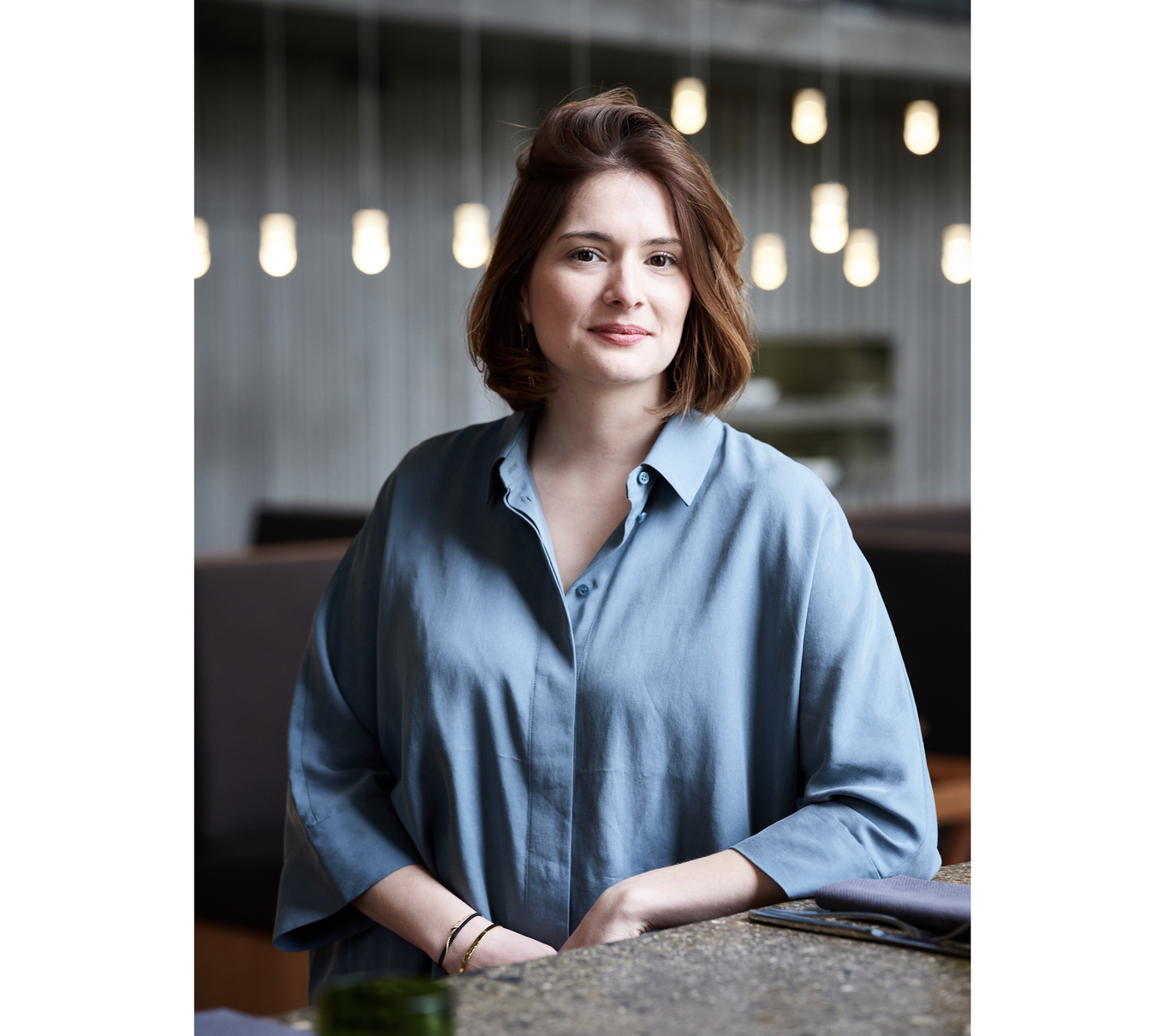 Carina Soto Velasquez is the co-founder of Paris-based Quixotic Projects, the restaurant group transforming the Parisienne food and bar scene following the opening of their first venue, Candelaria, in 2011.

Velasquez along with her partners Adam Tsou and Joshua Fontaine have since opened four other venues in Paris - Glass, Le Mary Celeste, Hero and Les Grands Verre. As ambitious as their ventures, the trio have helped develop the city's dynamic food and drinks industry.

Growing up in Colombia, Velasquez moved to France to study sociology in 2004. In the beginning, the hospitality industry was a means to an end, which she describes as "my survival tool because I came here with one hundred and thirty dollars in my pocket and I needed a job."

Yet, with a growing passion for the bar industry, Velasquez's aspirations changed course. "I actually never finished any of my studies," she says. "I didn't get a diploma because I was so happy working and I was doing so well as a bartender."

When her visa expired, Velasquez considered entrepreneurship in order to remain in the country. "I almost got kicked out of France," she recalls. "Opening a business was the only option I thought about to get a business visa. I had no savings; it was complex in my survival boat." With the risk of being sent home to Colombia, Velasquez leaped head first into Quixotic Projects and their first business.

Her fearless tenacity is evident. "I was young," Velasquez says. "I was 25 years old and I was like OK. Let's put in everything I could to make this work."

Since opening its doors in 2011, Candelaria, a taqueria and cocktail bar, has established itself as a forerunner in the French bar scene, ranking an impressive 9th place on the World's 50 Best Bars list in 2013, and has been a permanent fixture in the list since 2012.

In a city somewhat led by Parisienne food, Candelaria brought Mexican cuisine to the masses. Besides tacos, the bar specialises in agave spirits. "France is one of the most important countries for mezcal drinkers," Velasquez says. "There's a lot of people that love mezcal today and Candelaria is definitely a part of it, of the story of that."

Whilst the community supported their venture, the trio recognised timing was crucial. "We were very lucky," she says. "We opened in a great location, and nothing about cocktails were in the area. People supported us."

Adventures of an entrepreneur

The trio's portfolio of bars has gone from strength to strength. "We opened Glass in 2012 with a very different concept," Velasquez says. Glass opened in Pigalle, Paris' vibrant neighbourhood, serving cocktails until the early hours.

Quixotic Projects then established Hero, a Korean-inspired restaurant. Then in 2017, the trio's fifth opening, Les Grands Verres, was inside the Palais de Tokyo museum. "The guest experience is a little more high-end there," Velasquez adds.

As varied as they are, Velasquez is delighted each venue has success in its own right. "I'm proud of all of our venues," she says. "Some of them struggle more than others, and the fact we can continue to run them, I'm proud of that."

Velasquez believes diversity enriches the business. "We work with people from everywhere. We integrate people into the country and that is very important," she says.

"We know how hard it is to get an apartment in Paris," Velasquez explains. "We actually help them through all the processes of integration if they've come to Paris, or we provide French classes for example, and English classes for the French speakers."

Velasquez's passion for her team's growth is apparent. "Brands continue to invite the bartenders to distilleries. It can empower a bar back for instance to visit a distillery, go to Cognac, or the Netherlands," she explains, "Those trips are great for the team."

Quixotic Projects gave Velasquez the opportunity to highlight her values for gender equality. "I'm very proud today that my management is 80 percent female," Velasquez says. "When I started working here in the industry, I encountered very little women. Not that many women were in management or in high positions."

While it's not financial success that drives Velasquez, but her passion for hospitality. "I would not say that you're in the restaurant industry or the bar industry because you are driving for financial success," she says. "I don't think we're ever going to be millionaires by actually owning restaurants."

Velasquez champions diversity. "It's very important to us to respect cultures, religion and gender," Velasquez says. "It takes a lot to translate who you are and what you want in hospitality."

One benefit of several venues is the opportunity for staff to build on their own experience. "We keep the staff communicating across all the venues as we're one company in the end," Velasquez explains. "If somebody feels they haven't learnt something in one place, they can go to another venue."

As an entrepreneur running five bars, it's a wonder which venue shines brightest for Velasquez. "I love them all and I hate them all at the same time," she says. "I've painted them, I've cleaned them, and I've fixed them. I have a special relationship with all of them."

And it's that extraordinary relationship and Velasquez's passion for the bar industry that stands out. "A bar is a very special place which has never changed. People go to meet people, to celebrate or to cry," she says. "It's a place for people to feel something and have an experience. For me, what makes my bar successful I think is this: Being a social connector. It makes them meaningful."

We've no doubt Velasquez will take her tenacious spirit with her as she jets off to Cuba for the finals of the Havana Club Bar Entrepreneur Awards this month. We wish her the best of luck!