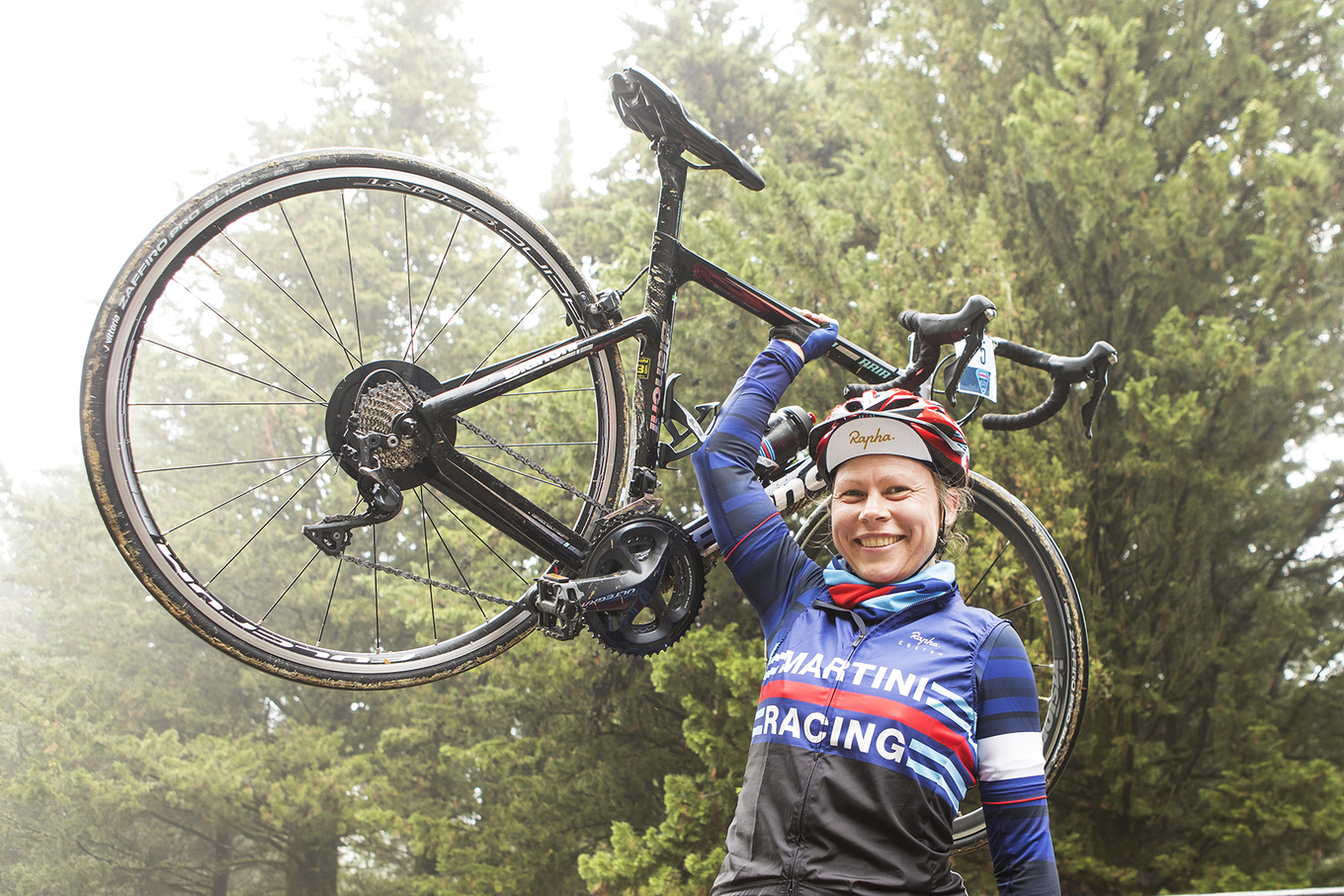 "I'm German and grew up in the former east part of it," says Claudia Newman, a bartender at London's The Library Bar at The Ned. "I have always been interested in coffee and started off as barista a few years ago but quickly moved onto spirits and bartending."

While Claudia is a creative (she enjoys painting and acting), she is passionate about cycling. "I cycled a lot, including professionally, years ago, but gave it up after I had a silly accident which took over one year to recover and to be able to move my arm," she explains.

Following the accident, she couldn't face cycling again. "I didn't touch a bike after that for over 12 years and gave everything away, because in the beginning there was no way I could ever cycle again," Claudia says.

The injury had physical and emotional effects. "I just had fear. Watching cyclists consciously made me shiver," Claudia explains. "I started slowly two years ago and this year's La Classica was my motivation to push me to get over it."

Martini Racing Ciclismo is a cycling programme for bartenders around the world. Designed by Martini, the brand hosts group rides and other cycling events, including La Classica, an annual ride through Italy's scenic countryside.

Claudia signed up to the programme and began training. Then when La Classica 2019 came around, she was invited to participate in the ride. "It was such a wonderful experience to see how much I love riding a bike and facing the fears in my head," she says.

Besides uniting international bartenders and encouraging camaraderie, Martini Racing Ciclismo supports health and well-being in the bartending community. It's a philosophy Claudia very much relates to. "Martini will always be very special for me," she says. "I just loved the fact of bringing wellbeing and sport into play, so La Classica is just unique."

La Classica 2019 covered 300km in three days, from Florence to Rome. Despite her past injury and long-term fear, Claudia stepped over the finish line at the Roma Bar Show on the third day. "It was just such a great way to meet all those wonderful people from around the world," Claudia says. "The whole trip, the kit, the bicycles, the guides, the love, the tears, the fatigue and the success."

Her cocktail is a twist on a Martinez and pays tribute to her memory of La Classica. "I created Wermutstropfen, which is a German saying about a beautiful memory in a beautiful situation," she says.

And Claudia's drink has a complex concept. "The cocktail is sleek (like our bikes), has character and bold (like us all), has ups and downs (like the ride was emotional for us) has woodiness (like the forest), a long finish (like some roads) and is just unique (like this experience has been for me)," she explains.