Not many know that the hard, yellow fruits of the flowering quince, a popular garden shrub, make a fragrant ingredient. This edible ornamental brings an exotic, tart and aromatic flavour to seasonal cocktails.

Related to apples, pears and 'true' quinces, the three 'flowering' or Japanese quince species (Chaenomeles japonica, C. speciosa and C.cathayensis) are native to East Asia. Although only C. Japonica originates from Japan - the others come from China, Korea, Bhutan or Myanmar. The fruits, which look like small, yellow apples, ripen from October in the UK. Their hard, dry nature means they tend not to rot quickly and can often be gathered from under the bushes in winter months, as pictured below.

Too hard, sour and astringent to be eaten raw, the flavour of flowering quince resembles the 'true' quince (Cydonia oblonga), but is somewhat sharper, and less delicate. In Japan, the fruit is used for jams, jellies, candies and liqueurs, as well as cough sweets. It contains higher levels of vitamin C than lemons and is known as an anti-inflammatory. 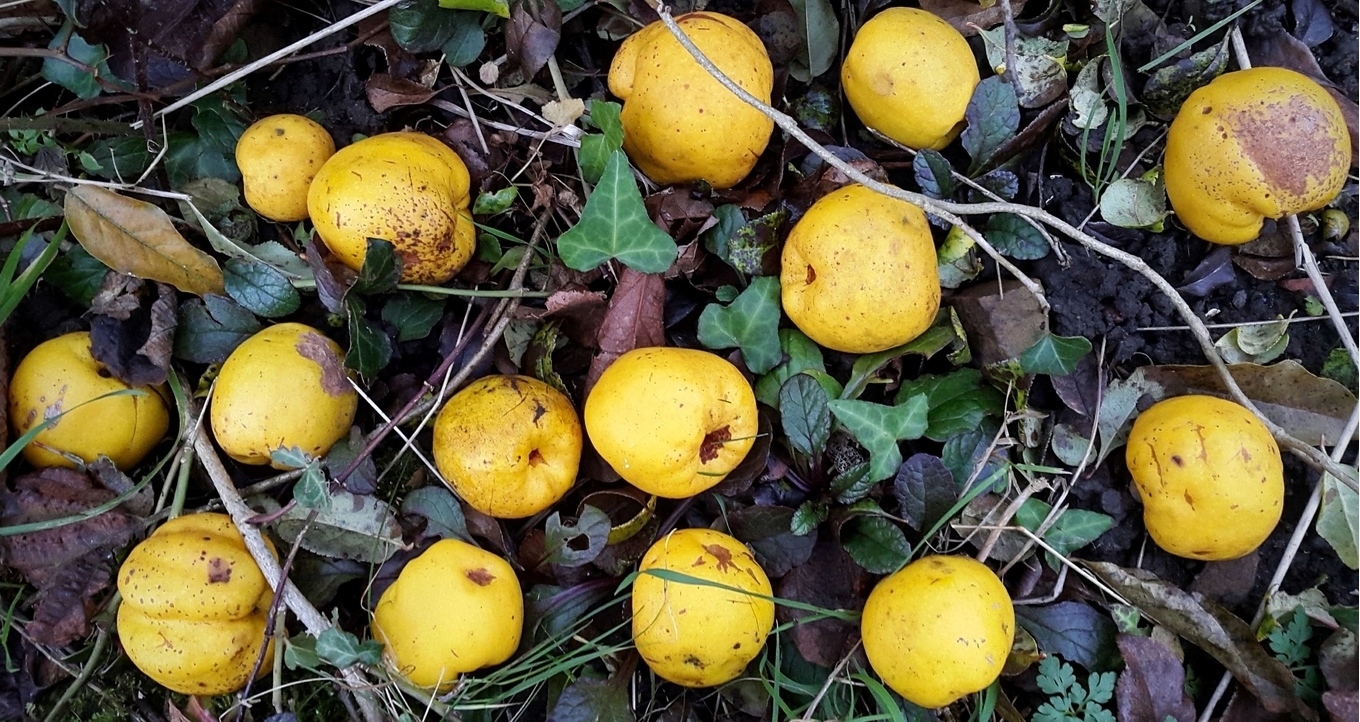 Despite being commonly grown in gardens in many places in the world, including parts of Europe and North America, flowering quince is known more as an ornamental than an edible plant. It is occasionally found in the wild in the UK as a bird-sown garden escape, or relic of cultivation, in woodland, hedgerows, scrub, rough grassland and waste ground.

Chaenomeles are compact, small, usually spiny, deciduous shrubs with dense, tangled branches and oval, pointed leaves with serrated edges. The beautiful and prolific cup-shaped blossoms (pictured below), about 3 to 4cm across, with five petals, or more for double-flowered forms, emerge in early spring before the leaves.

There are over a hundred cultivated varieties which bloom in pure white; white tinged with pink; shades of coral, salmon and peachy pink; and orange or scarlet red. Most, but not all, forms produce fruits. Those that do often provide generous quantities of highly-fragrant, greenish-yellow to golden, waxy-skinned fruits, sometimes with red spots, and up to about 6cm in diameter.

Flowering quince is a worthwhile garden addition, being attractive and unfussy, with a reputation for being tough as nails! The flowers attract bees and other pollinators, and birds and mammals may eat the fruit, with the dense bushes also making good shelter for them.

In Japan, quinces, sugar, and alcohol are mixed to make a sweet-sour liqueur. The fruits can be infused in spirits, such as Japanese shochu, vodka, gin or brandy. To make a liqueur, half-fill a preserving jar with fairly thinly-sliced, or grated, quince. Top up with spirit, seal and leave to infuse for three months. Strain and bottle, adding sugar, simple syrup or honey to taste and to offset dryness. Let it age for at least another month, ideally longer.

To make a 'ratafia' – a spiced liqueur, popular in Regency and Victorian times, infuse the sliced or grated fruit in brandy with spices such as clove and cinnamon, then sweeten with a rich sugar syrup. The tart aromatics of flowering quince can also be used to flavour home-made bitters. Or prepare a quince jelly to replace the jam in cocktails like the Apricot Cosmo, Orchard Crush or Gin & Jam.

Sometimes referred to as 'northern lemons', the acidic juice of Chaenomeles fruit can be used as a gentle substitute for lemon juice. Add enough water to blend the fruit and fine-strain. Quinces can also be cooked and strained through muslin, and the juice added to sugar to make a citrussy, aromatic syrup.

Dehydrated slices of fruit (seeds removed) can be used as a cocktail garnish, as can the pretty blossoms. 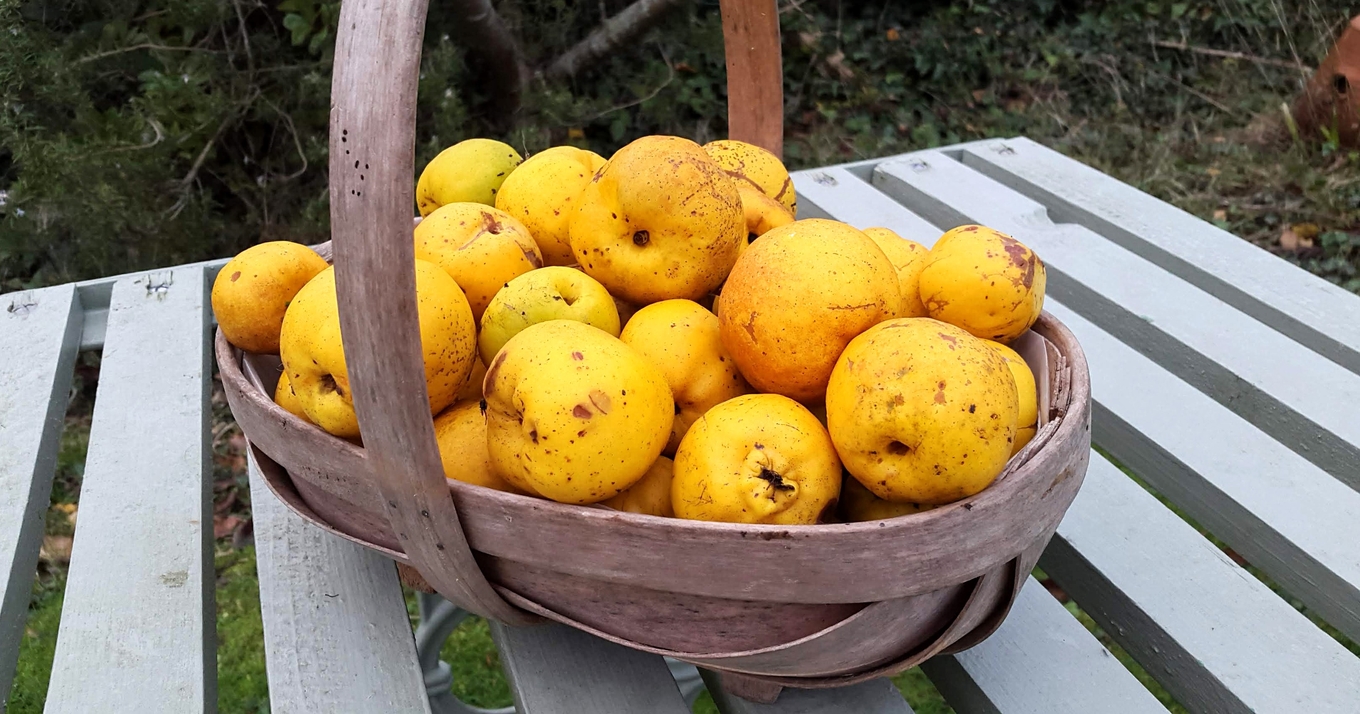 •The quinces are ripe from around October, when the seeds turn brown and they start to drop from the bush.
•Frost will help soften the fruit for making juice, but they can be frozen for a few days instead.
•Watch out for sharp thorns in the tangled branches - gloves are recommended for picking.
•Quinces store well in a cool place for up to several months.
•Wash the fruit with hot water before use. 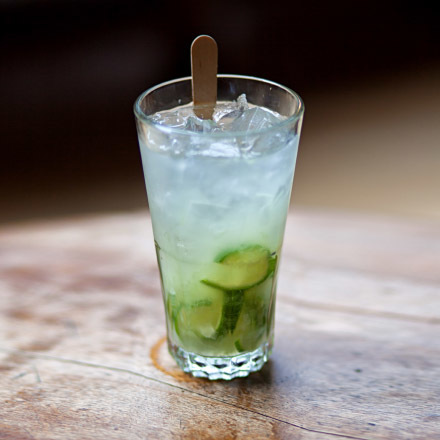 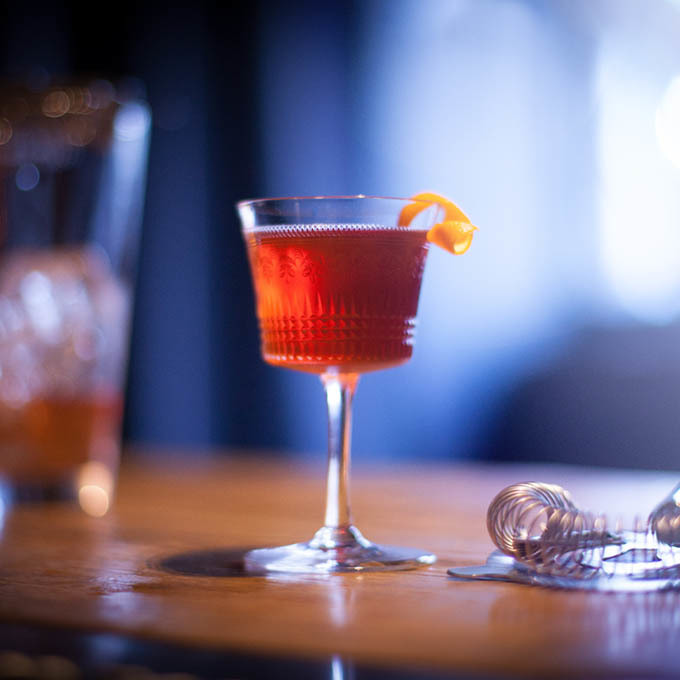