Bartender at award-winning Oslo cocktail bar HIMKOK, Carl Wiman is well-travelled, speaks five languages including Swedish, his mother tongue, and still plans to add two more to his repertoire. He describes his motivations as "a desire to discover the world."

Carl fell into hospitality as a means to pursue his passion for different cultures, landing in Germany, Portugal, Switzerland and Brazil, before Norway came calling. "At first it was a means to get around the world," he explains. "But when I settled in Stockholm, my interest in bartending really started growing."

Since opening in 2016, HIMKOK has been a permanent fixture on the World's 50 Best Bars list, and winner of the Ketel One Sustainable Bar Award in 2018. "At HIMKOK we have a great team spirit and share achievements and opportunities with each other," Carl says.

And Carl's role at HIMKOK is flexible. "Mostly entails being behind the bar making the drinks," he explains. "Other days I take care of the floor and serve the guests sitting by the tables and sometimes on the weekends I'm the host where I guide people to find the right spot depending on what they want to experience in our bar."

For Carl, maintaining a healthy lifestyle proves difficult. "The challenge is resisting the bad habits of bartending," he says. "You must choose between the bike ride in the morning or the post shift beer with the colleagues. For which the answer is circumstantial, with a positive reason to celebrate, by all means, enjoy the beer, but for dealing with suppressed stress the bike ride will do better every day." 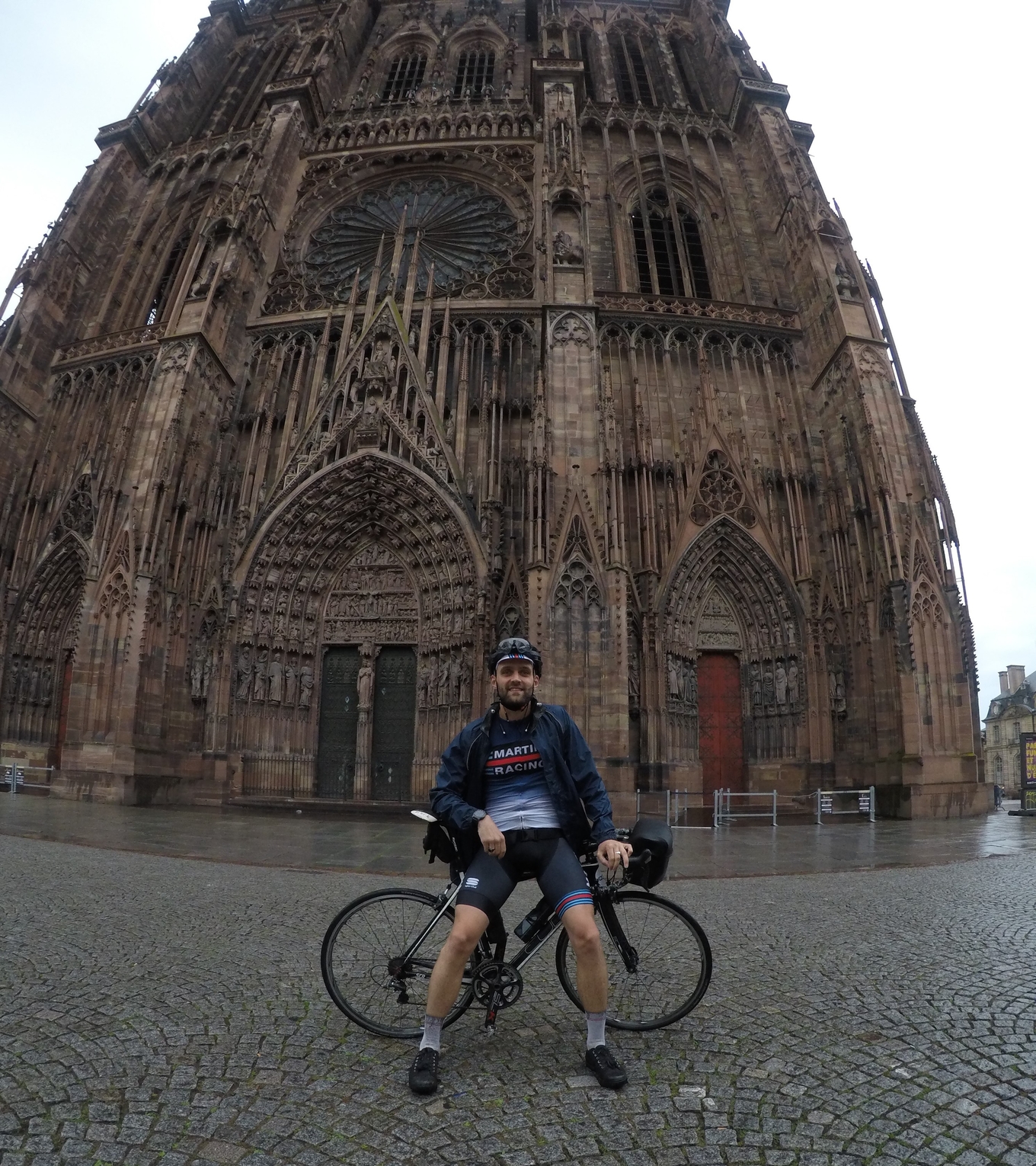 Martini Racing Ciclismo is a bartending community which encourages and promotes healthier lifestyles through group cycling.

"I'm the only member of the very much unofficial, not yet existing, Norwegian Martini Ciclismo Chapter," Carl explains. The programme reaches eight countries around the world, and while Norway is yet to be incorporated, he was eager to join the community.

Carl contacted his local Norwegian Martini brand ambassador, and days later received a Martini Racing Ciclismo kit. "I was so excited to have received this wonderful gift but figured that now, I must ride a lot to prove that I've earned it," he says.

"Around the same time I received the kit, Tim Etherington Judge had just started his 42x42x42-run," Carl explains. "This led me to do eleven days in a row where I was riding at least 42km per day."

In fact, Carl was riding so much he got a call from the Martini brand ambassador with an invitation to represent Norway in La Classica, a 300km group ride across the scenic Italian countryside.

In the lead up to La Classica, Carl prepared by completing 13 long rides. "When the day finally arrived to go to Italy, I couldn't have felt more ready, having beaten all my former records on a road bike," he says.

For Carl, the sense of community was rewarding. "The overall experience was beyond my expectations," he says. "The largest pleasure of riding La Classica was the spirit of camaraderie which is also one of the big reasons why I enjoy living in Norway and working at HIMKOK."

Carl struggled to hold back during La Classica. "Preserving energy in the right place is key for a long ride," he explains. "My biggest challenge during the race was not pushing myself too much. Having had the luck to be handed one of my dream bikes to ride on, it was really hard to hold back on roads providing perfect road biking conditions."

While the group had guidance from a large support team, Carl explains some riders had injuries. "One guy had a minor concussion, went to a health station and said to the nurses: 'Just tell me if I can ride or not!' then came back after lunch and finished the rest of the day," he says.

An enthusiastic cyclist, Carl is passionate about health and wellbeing. In fact, he made a significant lifestyle change following La Classica. "Before I did La Classica, I was a smoker," he says. "I decided not to smoke during La Classica and managed not to do so for the length of the race. After our arrival in Rome I again lit a cigarette and it just felt wrong. The next day I woke up and decided to stop smoking and haven't had a cigarette since." 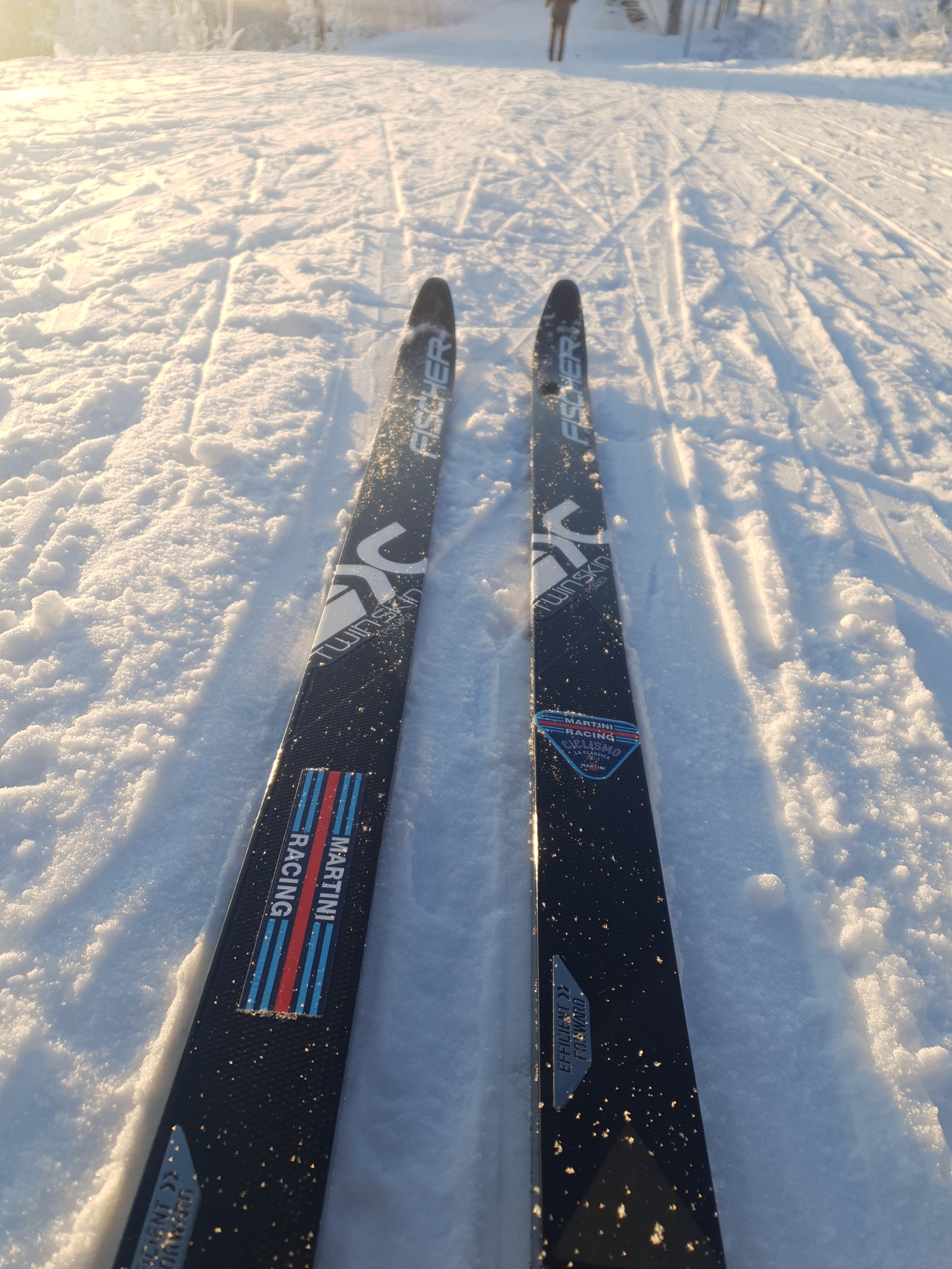 Besides alpine skiing, Carl has opted for cross country skiing when the Norwegian winter hits, which he considers as a great alternative to indoor cycling. "Any kind of movement is better than sitting still," he says. "I've gotten so much motivation from La Classica that I intend to participate in some minor races in Norway and possibly in other European countries."

"Martini Racing Ciclismo is unique because it mainly focuses on health and wellbeing," Carl says, who plans to help launch an official Norwegian Martini Ciclismo Chapter. "Having a bunch of bartenders riding road bikes around Oslo and experiencing what nature has to offer would be awesome."

BJØRK / BIRCH is a cocktail consisting of just three ingredients, and for Carl it represents togetherness in the industry. "We have a team made cocktail at HIMKOK that has become a favourite among industry peers," he says. "For me, serving this cocktail represents camaraderie. Camaraderie in-between the riders of La Classica and camaraderie that I experience daily in the Norwegian bar scene."