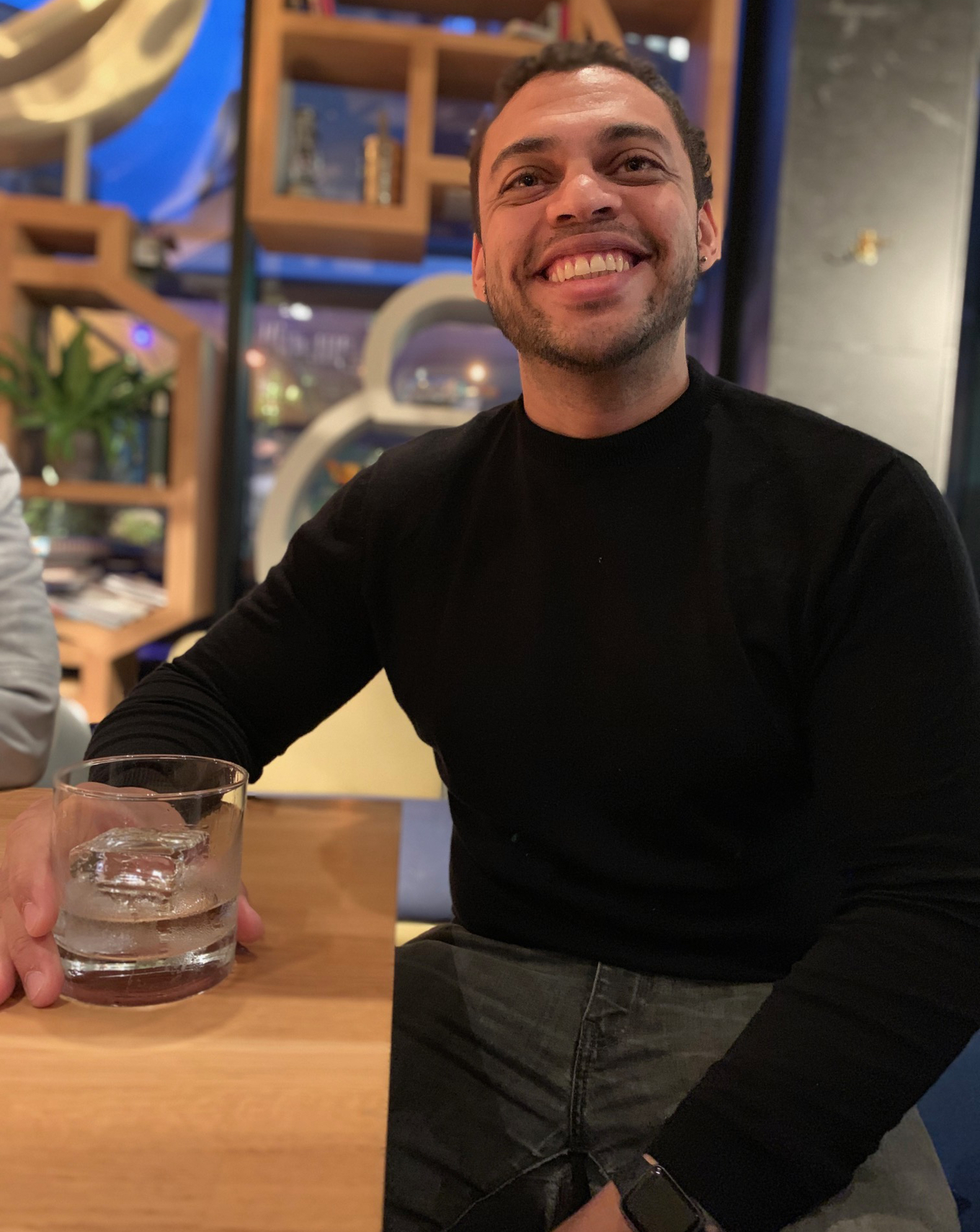 "I remember telling my mum, 'Look mum I'm going to be gone for a couple of months'. I've been gone 12 years," says Dani Umoette, the senior UK brand ambassador for Absolut.

Since Dani got his start in hospitality many moons ago, the bar scene has transformed. "I think bartending was about drinking Daiquiris and drinking shots," he says. "People now think about how much they're drinking. It's not as hard and fast as it used to be."

And yet, the industry still has a long way to go. "Hospitality is the only industry where you can work 60 hours a week and if you don't like it, you're out," Dani says. "I used to do it myself and I'd work nine days straight...Hospitality is still in the Twilight Zone."

"I think a lot of places are getting much better. I travel a lot and see a lot of places, and I know that's not across the board," Dani explains. "It's not good for you and it's only so many years you can do that before your health takes a turn for the worst."

Born in Ponte dell'Olio but raised in Carpi, a picturesque town in Northern Italy, Dani is perhaps better suited to big cities. "I like big city life because I'm from a small place. Carpi is beautiful but it has 70,000 people," he says. "I used to work at this bar called Bar Roma...back then, there was not much distinction between bartender, bar back and waiter. You do everything."

Before the lure of the bar, Dani originally studied Japanese literature and linguistics at university in Bologna. "Italy has a great history of literature stemming from the Romans and the Greeks," he says. "I started very early in middle school reading comics and I always wondered, what about Japan."

And his passion for literature extends to the classics. His favourite? "The Divine Comedy. It was written in the 1300s and already you see it's such a modern book. The language is amazing," Dani says. "It's a bit cliché. I could have been a bit more original and said Kitchen by Banana Yoshimoto."

While Dani thoroughly enjoyed his studies, university, it turned out, wasn't for him. "At a certain point the lifestyle was too tight for me. I said, 'I love what I'm doing, but I'm not happy, so I might as well go'," he says. "I think I was impulsive on that...youth is reckless, right."

Dani wasted no time and leaped into his next venture. "At a certain point, I thought London was great," he says. "That's when I thought, alright, I'm going to be working at a bar in London."

Come 2008, after abandoning his degree, Dani arrived in London. "It's a big place," he says. "In big cities, you can find anything and life is more surprising I think. You have more opportunities as well, but you have less time."

In an era before the internet, Dani found a room to rent listed in a local magazine, before landing a bartending gig at Old Fire Station. He moved through venues and had stints at cocktail bars Mint Leaf Lounge, China White and Ronnie Scott's Jazz Club before an opportunity overseas came calling.

"For the good luck of living with Brazilian guys in London I decided to learn Portuguese," he says. "Then in 2010, I moved to Ibiza to work for a season. If you speak Italian and Portuguese, Spanish comes quite naturally."

For a precise guy like Dani, Ibiza's laid-back lifestyle didn't align with his expectations. "I think I was a bit stressed in the beginning," he explains. "Coming from London, I didn't quite adapt to the way you work there. It was more relaxed than I was used to."

In 2011, Dani returned to London and joined the opening team of exclusive nightclub The Box in Soho alongside bar manager Joe Stokoe, before taking the lead in 2014. "I have many stories and I don't think I should repeat them, but I might have had a shot with a royal," he says.

For Dani, the transition from bar manager at one of London's most provocative drinking dens to brand ambassador for Absolut came easy. "The person I have to thank the most is Ricardo Dynan, he's the Absolut Global Ambassador," he says.

"We were friends even back then. He was the UK brand ambassador," Dani explains. "He decided to go global. When he got the job, he said, 'Look, Dani, we've been speaking about Absolut for a while now. If you want, then apply now.'"

There's a certain level of constraint, Dani says, to working in the same venue. "There is a moment when you think you want to have a wider angle," he explains. "I thought I also want to give back to hospitality. I want to be able to talk to people and meet other people. I want to be able to talk to more bartenders and I want to talk to more customers outside this place. I think it was the right time for me. I was so committed to the thought, again impulsive."

Dani pursued the opportunity without any guarantees. "I applied for the position of Absolut and before I had been offered an interview I resigned from The Box," he says. Happily, Dani got the job.

Whilst based in London, Dani enjoys travel across the UK's vibrant bar scene. "Monotony hasn't set in yet," he says. "It's good to travel around. You have lots of time to think and you always meet interesting people."

A precise and detail-orientated personality has proved advantageous. "I am a very intense individual. Such intensity is a good thing when you present as it shows that it's in my heart and I believe in what I'm saying," Dani says. "I like detail. Everything. All of it, in fact. That comes in handy when you need to organise things."

Dani utilises his managerial and educational experience in managing four other ambassadors at Pernod Ricard. "We speak every day. We don't speak because I tell them to do things but we speak because we work closely together," he says. "I like the free flow of information...and I like to be there when they need me."

As senior brand ambassador, Dani welcomes failure. "We are open about failure and we learn from it," he explains. "You can always learn from anybody and I'm still learning. I'll be learning until I'm 80."

And his future, Dani says, is in the shape of Absolut. "I would love to be even more involved with the brand," he says. "It's been an important part of my life."