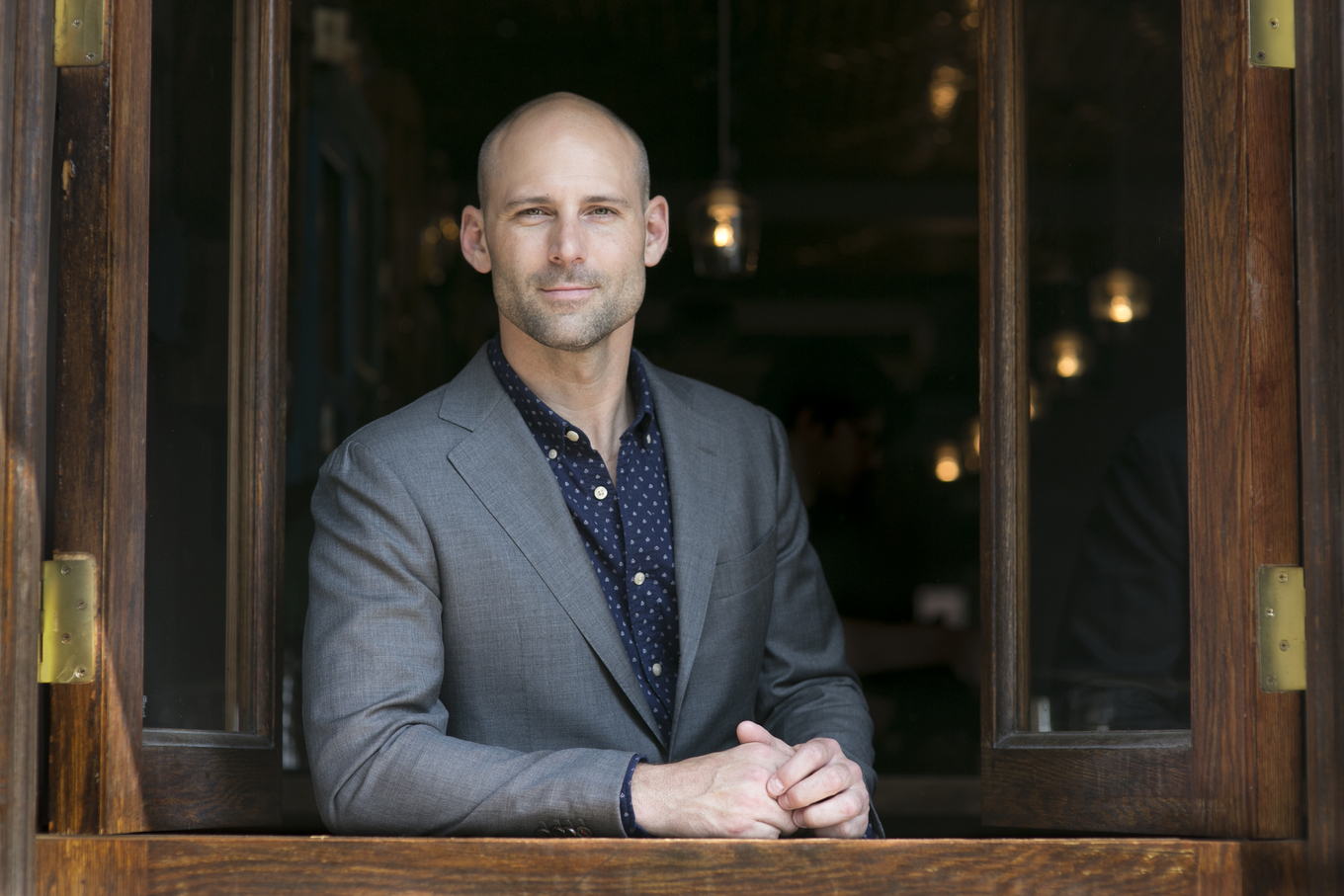 "By the time I was graduating high school, snowboarding was the only thing I could focus on," says Jesse Harris, currently GM of Wall Street's The Transcript and bars director at Leyenda in Brooklyn. "I was about twelve or thirteen when my mom took me up to Mount Shasta, and it just snowballed from there."

From high school into his mid-20s, Harris followed the snow around the world, working on Mount Hood in Oregon, in Australia, and beyond, while trying to launch a career as a competitive snowboarder. "I built the terrain parks-the jumps and the rails and all the things that people use to do freestyle tricks," the California native recalls. "There's a crew that builds those both during the day and at night when the resort is closed, and that's what I was doing."

Harris' first ever bartending job, in fact, was in Australia's Snowy Mountains ski area, at a place called the Banjo Paterson Inn, turning out jugs and pints by night and working flips, twists and spins during the day. "I was 19 years old. I wasn't even able to drink in my own country," he recalls. "Then I was in a snowboard contest and broke my collarbone so I couldn't bartend any more-and that ended my first bartending job ever."

Like gymnastics, however, or any competitive sport, snowboarding has an effective cut-off point, an age by which, if you haven't made it professionally, you're never going to hit the big time. And, while he'd performed well in some competitions and secured small local sponsorships, by his mid-20s Harris had to accept that professional snowboarding was not his future.

It was there that Harris started visiting a friend at The Alembic, an artisan cocktail bar, tried his first Sazerac, and became inspired by the world of craft cocktails.

Come graduation, he was deciding between pursuing a graduate degree then a career in foreign policy or going into the Peace Corps, a US government programme that sends young Americans overseas to volunteer, when a friend offered him a job in New York, a city he'd always hoped to live in, at the now-defunct Blue Owl.

Harris set out with the intention of spending no more than three years in New York. He celebrates his tenth year on the East Coast this August. "I got an interview with Meaghan Dorman at Raines Law Room by chance," he recalls. "I didn't have a ton of experience, but I guess she saw something and took a chance on me and hired me."

Harris' stint at the upscale speakeasy was his first classic craft cocktail gig and he rapidly committed to bartending as a career. Besides Raines Law Room, he worked with Theo Lieberman at the late, lamented Sasha Petraske's short-lived Milk & Honey on 23rd Street and helped out at Attaboy; after Raines Law Room, he worked at Long Island Bar with Toby Cecchini, before Ivy Mix approached him to join the opening team at Leyenda.

"I had always really appreciated the Clover Club, which is from the same ladies: Julie Reiner, Sue [Fedroff] and Christine [Williams]," Harris says. "I had a friend who worked at Clover Club and I would go and see him. I always appreciated what they did and kind of dreamed of being a part of it, but I was working for a totally different branch of the cocktail tree, if that makes sense. I was in the Sasha camp. And that was a Julie Reiner bar."

Harris feels that crossing the cultural divide between purist, classicist New York bartenders and a more exuberant style has enhanced his creative range without compromising on rigour. "The nice thing about transitioning to a bar like Leyenda is it's opened up the opportunity to use other ingredients: Milk & Honey was always lemon, lime, ginger and honey, with heritage products like Bénédictine and Chartreuse and really classically driven," he says. "At a place like Leyenda, we make different purees and different syrups: It's allowed me to expand my drink-making."

As bars director, a role he transitioned to when Shannon Ponche moved onto other projects, Harris aims to combine the neighbourhood bar feel that locals and industry regulars prize about Leyenda with the attention to detail found in more classical fine drinking establishments.

And he's also combining it with a supervisory role at The Transcript, the in-house, residents-only bar for a large apartment complex, 63 Wall Street. "It's really interesting because the customers are built into the establishment," Harris says. "Regular bars create their clientele based on their identity, whereas a bar in a residential building is based on who lives in the building. So we get all walks of life, all different personalities. It's driven by the regulars, because they live there."

For Harris, there's more than creativity to the bartender's role: Community is key. "A lot of times I'll find that the entire bar at Leyenda is full of either regulars or industry people or just really friendly faces," he says. "If you're in bartending or hospitality in general, you have to enjoy taking care of people. And it makes it really easy to do when you're surrounded by good people."

And, perhaps as a legacy of those years spent competing in the snow, Harris has absolutely zero desire to prove himself at cocktail competitions. "I don't enter them. That's not really my thing," he says. "I'm a bartender who's focused more on being behind the bar and the guests. I don't really care too much about competitions."