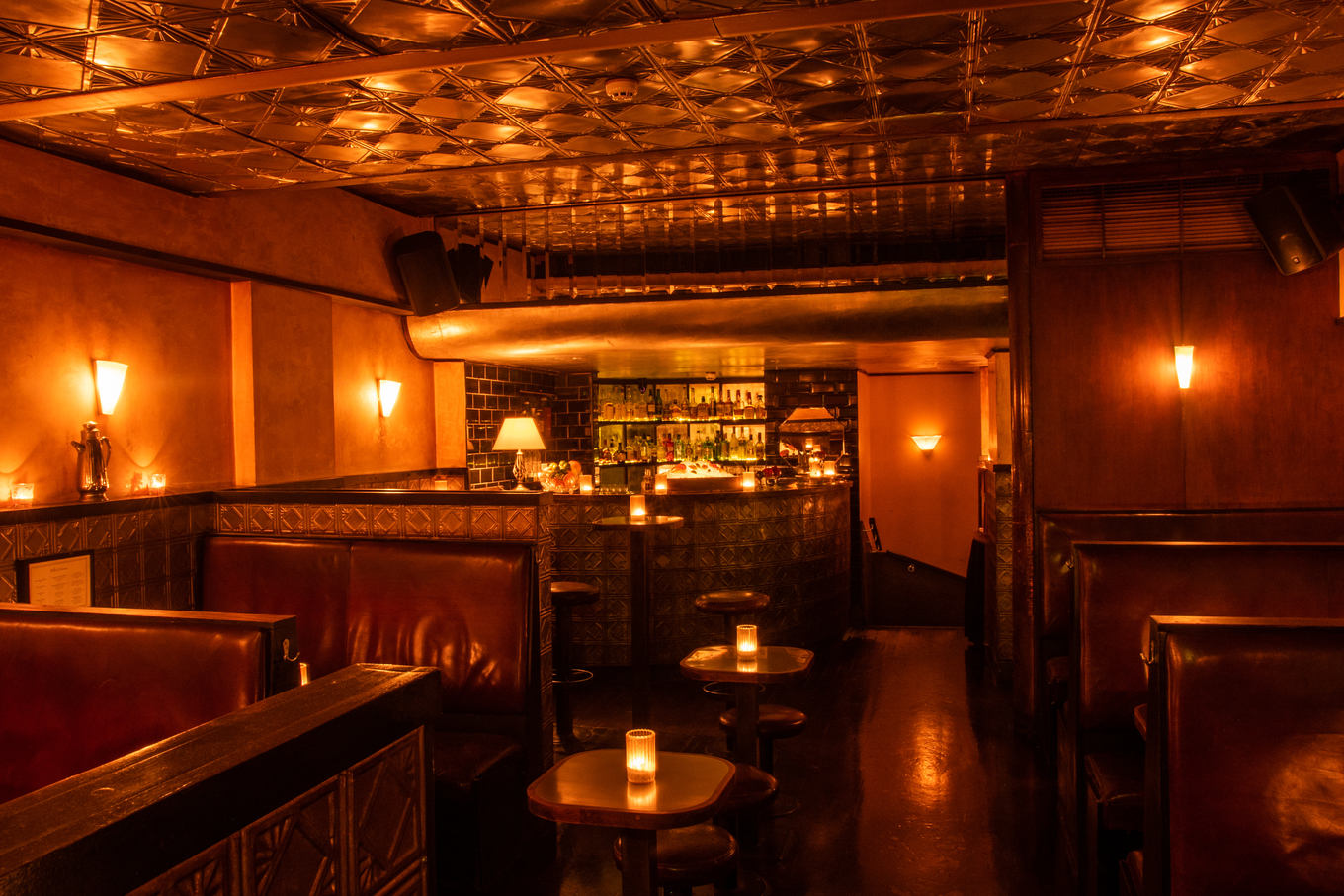 Milk & Honey London, Soho's Poland Street, with its blank purple façade, will cease to exist on 26th September 2020. It's been there 18 years, which is a decent enough run for any bar these days, and it certainly isn't the first or the last casualty of a global pandemic. But during its lengthy tenure it became a barometer for bartender training and education which few other venues came close to.

The rigorous exams, the rewards for expanding knowledge – both monetary and other – and the prestige of Milk & Honey on your CV have yet to be matched. This was where some of the finest in the drinks industry cut their teeth, and in one and a half months of writing this will be its final curtain call.

Pierre Marie-Bisson will be Milk & Honey's last GM. He has been in the role for five years, lived in England's capital for seven, and once the venue closes, he'll be leaving London for good. "It's a weird feeling," he tells me. "I've helped open places, but never closed one. You always go into bars thinking what you can learn and take from them, and what you can bring to make it better, the little stone you add to the building, and normally you leave knowing you're better and the bar is better. Milk & Honey closing is frustrating in a way because some things can still be better, some things are not yet done."

For anyone who has drunk inside Milk & Honey for the past 18 years, not much has changed inside till this day. The basement is a little fresher, just having had a lick of paint and the cave is now one big booth. The front doors were due for replacement, and the new ones have arrived but will never see installation. There's still 70's style carpet and armchairs on the landings as the staircase climbs over the five stories. The Red Room is still dark and secretive. The terrace an under-utilised summer escape. 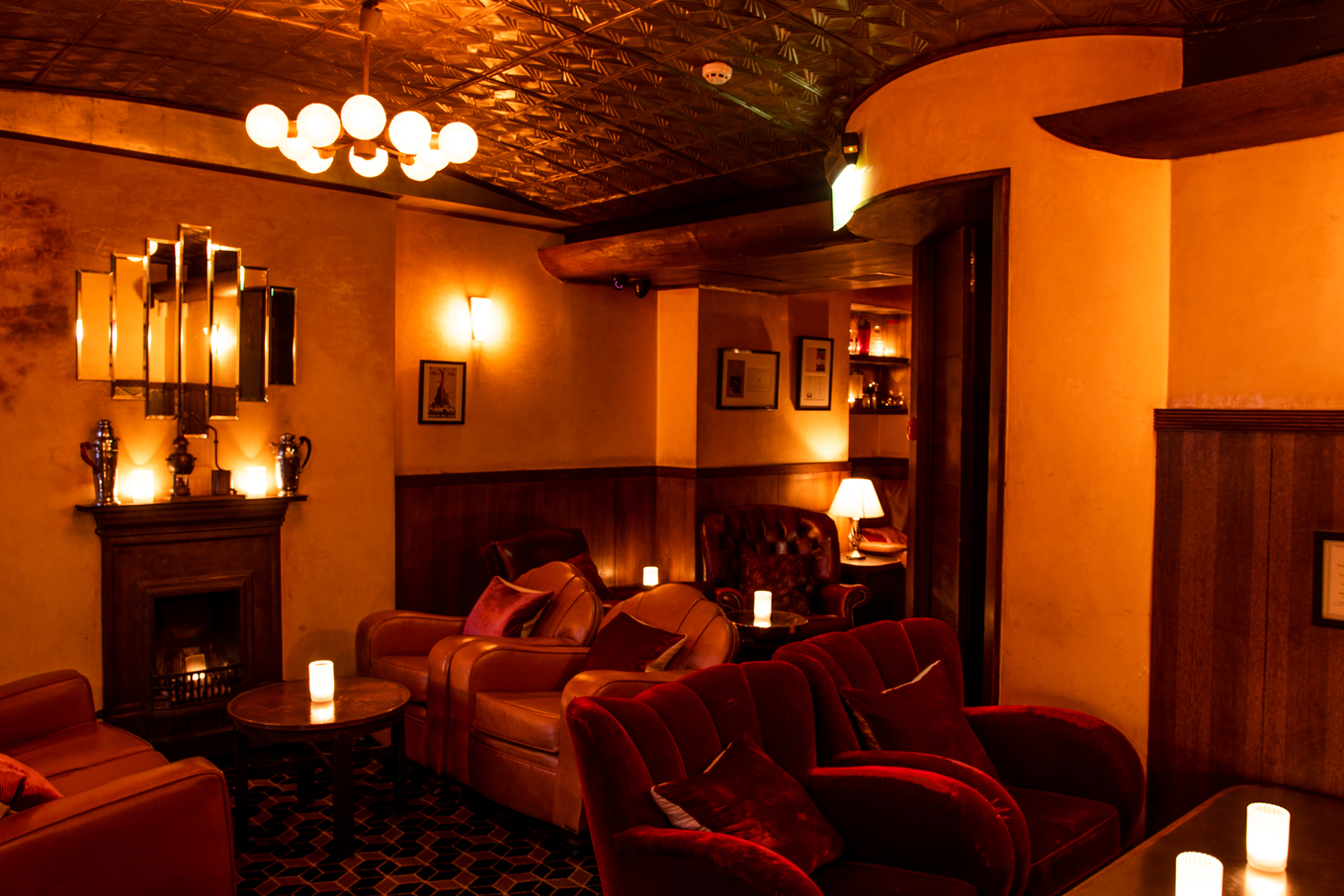 What has changed is the faces behind the bar, old generations who ran ice buckets, syrups and bottles, garbage bags and even cocktails up and down the stairs have moved on. Some opened their own bars, others drifted into brand work, photography and styling, or out of the industry altogether. The Soho institution's ex-staff members populated the Difford's Guide offices when I joined the UK team in 2012. There was Hannah Sharman-Cox, Tara Garnell, Emma Ramos and Jonathan Cowley. One Friday after work Emma and I headed to Poland Street together, her off to cover a shift at Milk & Honey and me to help out at my old work, the karaoke bar Lucky Voice, just a few doors down. They were shaking London Callings and Penicillins, while we were serving buckets of Tiger beer and shots called Soho Love with candied cola bottles inside.

"At the end of the day, the bar is iconic, and a lot of things started here, 18 years ago how many places were juicing fresh, using jiggers, how many places were round building?" says Pierre. "You often hear people say 'I could have made that' but the fact is you didn't. So much happened here first. You see a lot of what was taught here in other venues, and until the last day will still be taught here, it's good to reminisce the place like that."

It's not just the ex-staff that have a reputation either, Milk & Honey London's biggest difference to its New York sibling was its role as a private member's club. There's a list in the office of a few select names that are allowed to come in at any hour and sit in the red room, despite not being members, and then there's a list of names who are never allowed. But for the most part being a members' club means rules and the famous list at the door is still the same. The best of which has to be "no name-dropping, no star fucking." Or perhaps this one; "Gentlemen will not introduce themselves to ladies. Ladies, feel free to start a conversation or ask the bartender to introduce you. If a man you don't know speaks to you, please lift your chin slightly and ignore him."

The London out-post, for those who don't know the story, was started by Jonathan Downey after he went on a trip to New York. In his own words as told to Simon Difford he described the deal as such: "we went to Milk & Honey and met Sasha in his fucking suit with his weird ways but I just loved it immediately. I had the Poland Street site but didn't know what to do with it so after a couple of drinks I asked him if he'd consider doing a Milk & Honey style bar in London. A year later we opened." At one point the bar was part of a huge group owned by Downey that included The Player, Match Bar, East Room, The Clubhouse, Giant Robot, Danger of Death and Rotary among others. But today it's the last standing permanent marker of that empire.

"It's a bit emotional – I've been covering reception for the last few weeks," says Pierre, "and people tell you how they'll miss it, people ask will they do something with the place? I'm not sure to be honest. We prepare for the worst but hope for the best. Cynically speaking lots of places will be closing in the next few months, but we don't know. Members are happy to come in, they just say you know, we hope you find somewhere else – I say I don't know, but let's make the best of it in the meantime."

The final menu is on all the tables right now. It had been put together by Pierre and his team last September but the silly season in London and then lockdown delayed its launch. There's two Calvados cocktails, a Pan American Clipper and an American Trilogy, a parting gift Pierre calls it, from a very French GM as well as a great St Charles Punch and Tim Philips' Precursory Cocktail is back on the menu. That's alongside the usual M&H classics, which will be served to the very last day - the London Calling, the Penicillin and the East 8 Hold Up aren't going anywhere.

"On one side it's not my business, the place will close and I'll find a new job," says Pierre. "I left Basement State because bar was running by itself, ECC Paris was the same, I knew I didn't have to be there anymore – that's how I've always left a place. As a manager you work so in the end the place doesn't need you anymore and that's when it's time to move on. I've never had that with Milk. It's so old that there's always something broken down, or staff leaving and new kids to train. I never had the chance to not be needed.

"I didn't expect it to be so hard but I regret nothing. I learnt how to run my own bar. I have unscrewed plugs, fixed ice machines so much I could probably make my own at some point, and worked every different shift, from kitchen to reception to the office to the bar – it's not just making rotas and ordering the booze."

It's not like Milk & Honey London won't live on in other bars though. Satan's Whiskers, Happiness Forgets and Bar Swift are just a few London examples owned by ex-staff where you can see small nods (or big ones) to the old venue. Bulletin Place owned by Tim Philips is our closest part of the family in Sydney but there's plenty of ex-staff who are currently working in Australia – Darren Leaney is one example.
"I would have loved to work with Nick Wright, he is so hard working. I would have loved to do real shifts with Dan Waddy and see him in the red room with just his socks on. I would have loved to have worked with Richard Hiddleston, he is a machine, so fast, so efficient and yet gives so much time to his guests. I would have loved to see what working with Tim Philips was like, or Manuel (Jose Manuel Alvarez Gonzalez). And yet in a way I worked with all of them - after a few months of being trained in the Milk & Honey way we're all the same – and anyway it's not about the bartenders, but the guests.

"As long as people remember where it all came from, how it was made, the name will still be there, 18 years is a very long run for a bar," says Pierre.

... comment(s) for Inside the Last Days of Milk & Honey