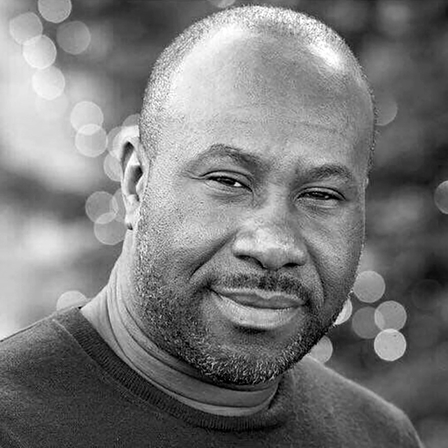 Douglas was a creative ideas man. It's very sad to see anyone die so young but particularly sad when they are in the midst of building on their most famous creation. R.I.P. Douglas.

After interviewing Douglas in in 2018, Theodora Sutcliffe wrote the following piece for Difford's Guide.

It might seem a bold move, yet Ankrah has form. He's worked on brands including Bulldog Gin and Cockspur Rum, while LAB, which he co-owned with Richard Hargroves and Philip Goossens, was one of the defining bars of turn-of-the-century London.

"We churned out superstars, brand ambassadors, brand managers," says Ankrah. "You'd go to LAB to get your degree then hopefully you'd get your degree and your masters and you'd take it further and to greatness, I guess. To this day people still talk about LAB as though it was yesterday."

Some former LAB team members? Sweet&Chilli's John Gakuru, consultant Dre Masso, brand manager Jamie Terrell and brand ambassador Colin Asare Appiah, who, like Ankrah, is a Londoner of Ghanaian heritage. "I've known Colin for 30 years. He's one of my best friends. We go back a long way, even before bars," Ankrah says. (The pair attended Westminster College together, before Ankrah left to pursue a career behind the stick.)

Today, although Ankrah is working on an update of his 2004 book, Shaken and Stirred, he's firmly focused on the liquid side of the equation. "I stay away from bars," he says. "The bar side is getting harder now. Good bartenders are hard to come by nowadays."

With one eye on his own retirement – still decades in the future – Ankrah would like to see the new generation be more aggressive about monetising their product and building income streams or assets that can last them into old age. Too many bartenders, he believes, die poor. "I would love young bartenders to be more ambitious - not just to create cocktails but take it to market," he says. "Otherwise someone else will do it for you and it will hurt you."

While his firmly Christian mother still occasionally asks when he's going to get a proper job, Ankrah is happy with where the bartending journey has taken him to date. "From bartending to opening LAB to writing a book, having my own brands, working in innovation, it's been amazing," he says.