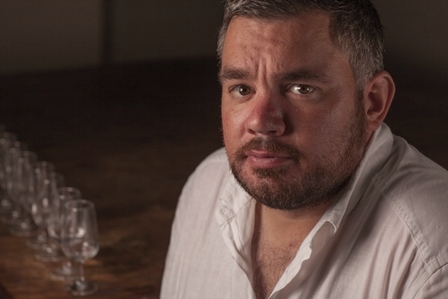 “People come to us all the time and ask us if we would like to help them develop a product, a new gin, and these days one of the first questions I ask people is: why are they doing it?” says Jake Burger, of Jake’s Bar, Ginstitute and Portobello Road fame.

“If they're doing it because they think it's going to be a route to quick riches then I often tell them that I think it's perhaps a little late for that. It’s such a crowded market now, the gin world.”

Burger leads the Ginstitute gin experience and works on the creative side of Portobello Road gin with his business partner and “big boss” Ged Feltham. Yet he made his name as a bartender during Leeds’ early noughties cocktail renaissance.

He was just 15 when he started work in the industry, helping out in the kitchen of a little Leeds restaurant called Ike’s Bistro. “I would always sneak down the back alley to return the glassware to the bar, and that always seemed more glamorous than the kitchen,” Burger recalls. “I pleaded with the then bar manager, Ben, to switch me to the bar. My bartending career started the day after my 18th birthday.”

Within six months, Ben quit his job, presenting a natural opportunity for an ambitious teenager. “I had already become the full-time bartender at that point and the owner of the restaurant was like, ‘Do you want to be the bar manager?’” Burger says. “So within six months of my career starting I was managing a bar.”

This was at the tail-end of the bartending dark ages, when plastic mermaids and paper parasols were used with nary a hint of either irony or Tiki orthodoxy. “The first drink I learned was what we called a Transplant,” Burger says. “It was Bacardi rum with crème de menthe, Galliano and orange juice. You can imagine how disgusting that was.”

After stints at a now-defunct fine-dining restaurant and Indie Joze, a much-loved café-bar that set the tone for a wave of other independent Leeds openings, Burger made his name during the first incarnation of late 90s and early noughties nightlife icon Townhouse. “That was really where the cocktail side of my career took off,” he says.

In 2004, Burger teamed up with Feltham, then owner of Leeds’ Oporto bar, to open his own branded place, Jake’s Bar. “It was one of the hardest and most delayed openings I’ve ever been involved with. It was a pretty complex building project and the handover of the site was really delayed – almost a year in the end,” he says.

Burger passed the time tending bar at Leeds indie icon Mojo. “I do look back on my Mojo years fondly as it was really the only time in my entire bartending career when I was neither head bartender nor bar manager,” he says. “It was my only time just as a pure bartender with little responsibility, in such a fun environment like Mojos.”

Using then-pioneering techniques such as making his own ingredients, Burger did well in the world of cocktail competitions, walking away with a £10,000 diamond in a contest for Smirnoff’s unfortunately named Penka vodka. And Jake’s Bar built up a national reputation that still stands almost 15 years later. More Leeds bars duly followed, including Neon Cactus.

The spirits business, however, came about almost entirely organically. “As a company, we really had all our eggs in the Leeds basket so we decided to diversify our interests,” Burger recalls. “Ged, my business partner, was originally from London. And through the competitions and through travelling to London for things like the CLASS Awards and bar shows I'd made friends and contacts in London and my reputation was good there so London seemed like the obvious next step.”

In 2008, the team acquired the Portobello Star, an 18th-century pub on west London’s Portobello Road, with no especial plan beyond running it as a bar. “In all honesty, it probably would have been easier and more affordable, perhaps maybe even smarter, to have chosen another northern city, Manchester or Sheffield or Liverpool,” Burger says. “But the draw of London was irresistible.”

The Portobello Star came with a flat atop the building, where Burger lived initially. “It was great to have a free flat on the Portobello Road for your first experience of living in London,” he says. “But it must be said that the novelty of living above the bar does wear thin eventually, so about three years after that I moved out of that flat.”

The resulting space wasn’t suitable for use as an extension of the bar, so the team decided to create a museum to alcohol, with the aim of drawing some of the many thousands of tourists that flock to the Portobello Road every week.

Gin was the natural product to focus on. “The gin boom was just bubbling under: we’d already seen the launch of brands like Sipsmith,” Burger says. “But mostly we thought: if we’re going to tell the story of any type of alcohol in London then of course gin is the obvious story to tell. You can’t really tell the story of gin without talking about London, and you can’t tell the history of London without talking about gin.”

The notion of a gin museum developed into the concept of the Ginstitute, a gin training programme for consumers which culminates in each guest producing their very own gin. “We were like, ‘If we’re going to let people make their own gin we may as well make one for ourselves as well,’” Burger says.

In November 2011, after an epic journey through bureaucracy and licensing, they launched both the Ginstitute and Portobello Road gin. Now available in around 20 different countries, Portobello Road recently passed the million-bottle mark and is now based out of its flagship the Distillery on Portobello Road.

Burger received the millionth bottle with genuine elation, as one more landmark in the life of the brand. “Seeing a bottle on the shelves in the supermarket for the first time, that was a special time,” he says. “Walking into the American Bar at the Savoy and seeing a bottle of Portobello on the back bar there was a real special moment for me as well, having loved that bar for so long and knowing what an important place it holds in the history of cocktails and drinking in the UK.”

In late 2018, after a troubled period for the bars business, Feltham and Burger split from long-term partner Paul Lane. Lane took what remained of the Leeds bar empire: Oporto, Neon Cactus and Jake’s Bar & Still Room. Feltham and Burger took the Distillery, the Ginstitute and Portobello Road gin, with the intention to focus exclusively on brands.

Portobello Road launched its first permanent line extension, a 57.1% Navy Strength, in mid-2018, and the team aim to debut a mystery new distilled product later this year. “We’ve only really just started on the liquid development and the packaging,” Burger says, refusing to disclose what category the product falls under.

But Portobello Road know well that the gin boom can’t last forever. “Since we launched the Ginstitute back in 2011, we’ve hosted in the region of about 45,000 guests who’ve come to learn about gin and make their own gin,” Burger says. “We are aware that eventually we will probably run out of people that want to come and learn about gin, so we’re looking to offer other similar educational experiences.”

The team recently [February 2019] diversified into agave spirits, launching the Agave Sessions, a masterclass culminating in the opportunity to barrel-age your own tequila at home. Burger also leads a James Bond themed dining and drinking experience.

Does he have any advice for someone contemplating making the transition from bartender to brand owner today? “If you're inexperienced in terms of bringing a product to market and promoting it and building the distribution of it then gin is not a category that I would be thrilled about trying to break into from nothing today,” Burger observes drily. “It's become such a crowded, competitive world now.”

Burger, who speaks glowingly about Feltham, identifies the support of an appropriate business partner as essential. “An idea is one thing and to execute is another but building a successful company and a successful brand is not just about your creativity,” he says. “It’s about building a business as well, so finding the right business partners to work with is key to every bartender who wants to launch a product. You can’t just rely on your innovation, your creativity for the product to succeed.”