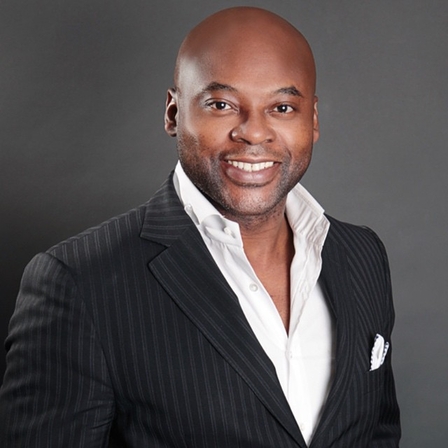 But life, as they say, is what happens while you're making other plans, and Colin has been working as a professional brand ambassador for over a decade now. New York based, of Ghanaian heritage, and a Londoner through and through, he spends his time crisscrossing the continental United States in his role as Senior Portfolio Ambassador for Bacardi.

It's a great job, Colin says, and not just for the fulfilment of winning relationships or watching Bacardi's brands move up the Tales of the Cocktail industry scorecard. “Who wouldn't want a role of working with some of the best brands, and with some of the best and most creative minds in the industry, and visiting the most amazing bars and restaurants in the world?” he says. “Who wouldn't want that?”

Yet he's also keen to caution that it's not a job for everyone. “You can get tired a lot,” he says. “You wear many hats. You don't only do the 9-5 office part, you also do the 5-til-whatever-time-in-the-morning-bartenders-work-til shift, and wake up to 30 or 40 emails. That can be very, very draining.”

Today, the role of the brand ambassador is sufficiently defined and recognised, and available at such a range of levels, that it has come to seem a natural step on the bartending career path. “It used to be that brands would approach bartenders to work with their brands,” Colin recalls. “But the industry has grown over the last ten years. It's become an official job, an official title. Jobs are being posted, and bartenders are applying for them.”

At Bacardi, Colin is often involved in the interview process. “I look for someone who's motivated and disciplined, someone who's a people person,” he says. “It really depends what the role is but nine times out of ten there's a huge amount of interaction in the role.”

Social media, Colin says, has transformed the industry thanks to its instant global reach, but, precisely for those reasons, it's a tool to be used with extreme care. “Anything that you do is amplified on social media,” he says. “If you're the ambassador that's out getting wasted every night, that shows up on social media. In the past, a lot of people have been warned off that.”

The most important element, he says, is to keep it real. “One thing that came out of the conference was that it's SOCIAL media. It can't appear to be anything else. Some brand ambassadors have pages that look like a brand advert – where's the social interaction?! I use my social media page as my social media page. I include some of my work activities in there for the pure reason that our work is social.”

Keep it real, yes, but perhaps not TOO real. “I'd recommend that, if there are pictures of you five sheets to the wind in your G-string in Miami, you take those pictures down before you apply for a position,” Colin counsels.

A product of Dick Bradsell's London cocktail revolution, Colin has been interested in training since the get-go. There was a strong educational component to the TV show he did with Dimi Lezinska, Cocktail Kings. But long before that LAB, which evolved into a Soho bar, a Knightsbridge townhouse and even a Cape Town venture, started life as a bartender training school.

“We worked closely with what was then UDV [now Diageo] on how to engage with this new breed of bartenders called mixologists that were taking over the food and drink scene in London and basically messing up their premix,” Colin recalls.

And, yes, he still likes the term 'mixologist'. “I'm all for any phrase that can help the general public understand the professionalism of the bartending community,” he says. “When you say 'mixologist' to any member of the general public they look upon it as someone dedicated to their craft, someone who has integrity and discipline. The term has a lot of kudos.”

It's a dramatic journey for someone who actively disliked the prospect of tending bar at first. “At the time, I was working the floor – this was in a place called Muswell's, BC, or 'Before Cranberry',” Colin says. “I'd watch the bartenders. They'd be three deep, always sweating and rushing around, and they didn't look like they were enjoying it. The ones who were enjoying it were enjoying it too much, getting wasted behind the bar. And none of them were making any money!”

It was only when he came to New York and saw the amount bartenders make - “In the US you get tipped like crazy!” - that it started to appeal.

New York, where he moved with wife Louisa, has been good to Colin. “I'd already launched Martin Miller's gin in New York, and got involved in the New York cocktail bar scene at the time,” he says. But he made the complete jump as a brand ambassador for U'Luvka vodka, working alongside Nick Strangeway and Cairbry Hill.

Colin cites Mark Holmes, the founder of U'Luvka, as a key mentor. “He decided there was an opportunity in the market for a super-premium vodka, which there was,” Colin says. “But nobody saw there was a global recession coming two years later, so of course we had to reposition the brand very quickly.”

Working as part of a tight team on a young, independent brand was fantastic training, Colin says. “I thought I'd be consumer focused. I ended up being marketing director, sales director, distributor, pretty much every single role within the business. It was a real learning curve on everything that makes up the back end of the business in the US.”

Mentoring remains important to him now. “We've started a Facebook page called Letters to a Young Bartender,” Colin says. Inspired by Pulitzer Prize winner E.O. Wilson's Letters to a Young Scientist, it fills a gap in the training market on career mentoring: Julie Reiner's advice to wannabe bar owners is a must-read.)

Amazingly, Colin is even seeing career bartenders learn from mentors in his other home of Ghana. One of the smaller sub-Saharan African nations, Ghana is far from wealthy and barely on the tourist radar. Its two major cities are home to under 5 million people in total, while conservative Christianity means drinking is frowned on in the villages.

Yet, Colin reports, there's a growing bar scene, thanks partly to friends of his from the UK and partly, no doubt, to oil money. “It's a Prohibition-style drinking culture out there,” he says. “But it's great to see all those kids coming up.”

Ghanaian bartenders are mixing with the national spirit, akpeteshie, a type of palm wine that can be not dissimilar to tequila, and using Ghana's broad, broad range of roots and spices, including grains of paradise. Besides sorrel, passion fruit and mango, they're working with the wondrously named miracle fruit.

“It looks like jellybeans,” Colin says. “And when you eat something sour then eat the fruit it makes things sweet. It's great for diabetics, a fantastic substitute for sugar.”

For a man who never wanted to be a bartender, let alone a brand ambassador, Colin has come a long way – yet, while he wouldn't rule out pursuing a corporate career path, he still identifies as bartender overall.

“Irrespective of how long you stay as a brand ambassador, you start as a bartender first and foremost,” he says. “I don't think you ever lose that. But you build up your repertoire a lot more. You start understanding the business of both brands and bars more – you meld the two, you become a most imposing force. Will I be a brand ambassador all my life? I don't know. Will I be in education all my life, whatever that means? Yes, I will.” 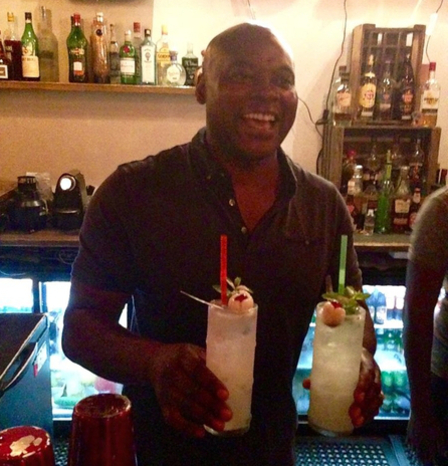 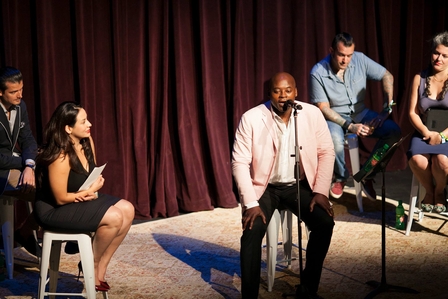 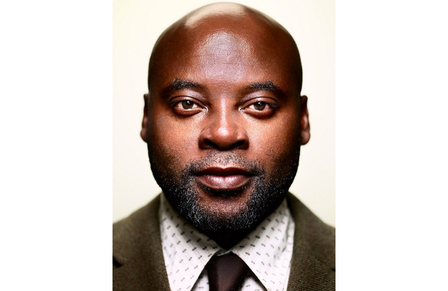