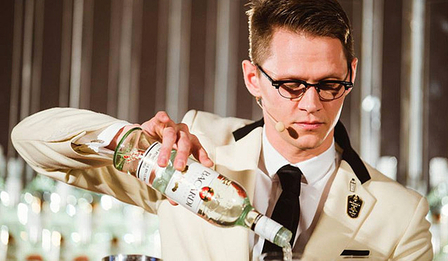 Landing a job at Bramble in Edinburgh in 2010 is where the story starts for me in terms of how I think and approach the task of creating a cocktail. It was a huge culture shock to start working there and a massive step up, both in terms of drinks and service, than anything I had previously done. I was introduced to stuff that I'd never thought about before, such as drink service, ice and the atmosphere.

The bar had become pretty famous off the back of David Cordoba (now global Bacardi Ambassador), as well as Ryan Chetiyawardana. There were staff after David and during Ryan's time, but every time I picked up an edition of Imbibe he was always there with a competition win and some really conceptual drinks which were just blowing people away.

I bar-backed for the majority of my time there, especially on weekends; it was really fast-paced, although the way the venue ran with the staff they had was super, super slick. They played hip-hop and had amazing DJs on a weekends, and I was exposed to the more popular side of the industry.

It took me about six months to get a drink on the menu, and it was still a time where I was developing my own drink style. I hadn't really looked at anyone specific that I wanted to emulate, although the autonomy that Mike and Jas gave the bartenders meant that creativity was encouraged and experimentation was certainly suggested.

We had a rotavap that Bacardi bought not long before I joined - Ryan had an idea of creating a Crystal Clear Mojito, and we were promised that once we'd cracked a way to be able to put it together, we could do whatever we wanted with the rotavap.

We completed the project after about six months of experimenting and messing around, coming across a technique and recipe that owed more to trial and error. The science behind the equipment made me ask a lot of questions about drink structure and the reasoning behind why some drinks were put together in a certain way.

Since I started at Bramble, and probably before, the guys always had a guest drink on the list from Milk & Honey in New York. They were pretty tight with Sam and Micky, and would always put one of their drinks on the menu, which would easily be one of the top five sellers. We loved how easy they were to put together and how each drink blew us away every time we tried making one.

As time went by, and we changed our menu every few months, myself and my manager Paul Graham, started working towards liquid-heavy drinks that featured very few herbs or weird homemade liquids; they were drinks that were easily constructed, could be put together quickly in a busy bar and required very little prep. We never really talked about the Milk & Honey philosophy, although by the time we put out this one specific cocktail list after the festival in August 2011, the drinks were a dream to execute, easy to remember and flew off the menu. We'd stumbled across something at the same time by accident, and arrived at the same point by the time the issue of a new menu came up.

As the months went by, my opinion towards homemade infusions and ingredients and syrups started to dissipate, and in it's place was a drink philosophy that used products entirely off the back bar or speed rail. We started going back to stuff like simple syrup and grenadine, generic citruses that were freshly squeezed, and essentially adopted this Milk & Honey-style ethos that worked its way onto the menu and into the bar. The amount of drinks we came up with decreased, but the one's we did come up with had a lot more staying power and looked like a completed article, from glass to liquid to garnish to name. Better still, they could be made pretty much anywhere, so the concept of being able to take them to future venues for whatever purpose suited what we thought was right.

By the time I had arrived in London, I was more in tune with a NYC-style of drink making than a London-based one. I was still in love with my job and what the drinking scene had to offer, but my outlook of bars and drinks had changed; at a time when Artesian started to clean up awards and Nightjar was the bar on everybody's lips, some of the signature drinks I started to come up with and put out at the American Bar seemed somewhat conservative. I moved down to London to see the 5 star service in action and to smooth some of the rougher edges of my service abilities; learning an 8-point shake was the last thing I wanted to integrate into what I was doing.

A month or two later the opportunity for Bacardi Legacy came up. I attempted to put together a cucumber/mojito style hi-ball, but it didn't quite work. I left it for a month, and funnily enough stumbled across a new drink category called 'The Maid' when I was searching through Bartender's Choice, which is Sam Ross' cocktail app. The drink was reborn the next day, and I put forward for the competition. 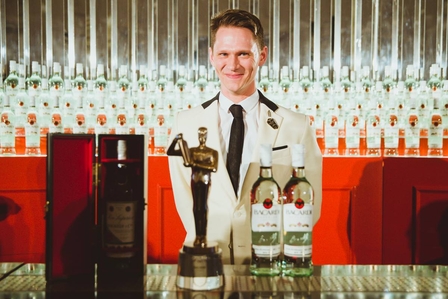 It's insane how famous the drink has become; I'm still coming to terms with it. However, whilst the drink is an emblem of a competition win and recreation of two 21st Century drinks, there's other sides to it too. Apart from being the perfect example of 'bottled lightening' - I doubt I'll ever come up with something that marketable ever again - the drink is more an example of what one can do with the ingredients they have at hand. Not all drinks need to be super exclusive to the venue in which they're served in. More often than not, the best drinks are the ones that you can recreate anywhere, and can ask for at different venues or other drinking establishments.

I think the London scene is undoubtedly one of the best in the world, along with New York, inasmuch as the bars to drink in and what both cities have offered to the world. I'm not sure one is better than the other - both are too different to quantify for such a comparison - but the distribution of drink recipes and the cooperation seen by bartenders in the US and NYC is unparalleled, compared to the sometimes fierce competition over in the UK, and is one of the reasons why so many drinks make it over here and have become contemporary classics and so very few make it over there. London is way more theatrical and creative when it comes to drinks and has formed a reputation for doing so, but for me there's definitely a little magic in being served a contemporary drink in a bar in New York.

This was the first classically-inspired drink I came up with, and the last one I produced at Bramble before I left, which is still on their menu. I was bored of doing stiff drinks with these bitters of that vermouth and wanted to create something consumer friendly that would introduce people to gin drinks. This is essentially an attempt at a softer Aviation, although the drink DNA looks similar to an Eagles Dream; both drinks are featured in The Savoy Cocktail Book.

This, on the other hand, was the first drink I came up with at The Savoy. The drink is little different to what I originally came up with, if not a little simpler.

The idea was to make a sophisticated scotch sipper that didn't use either blended or Islay whisky, which are the two most commonly used in drinks nowadays. This was supposed to be smoother and more sophisticated, a 'learning curve' in cocktails and scotch drinks if you like, and essentially includes ingredients that lie at opposite end of the drink-mixing spectrum.

Properly thought-out tequila manhattans are few and far between, so this was an attempt at readdressing the balance of other spirits having their own variation and interpretation of a vermouth-driven drink.

The drink takes its name from the massive mechanical octopus that appears every year at the burning man festival in New Mexico (there's the tequila link), which takes place in the black desert (not too far away from the colour of the drink...)

Probably the simplest drink I've come up with, and also my favourite. Bitter and cool mint and a smoky scotch somehow work pretty well together.

Inspired originally by the Toronto, an old Rye and Fernet drink, I wanted to originally call this the 'Vancouver', but the name was already taken. However, because of it's similarity to the stinger (sort of anyway), I thought I would take the first part of the name, and an enunciated part of the location of the whisky to come up with 'Stingray'.

There's two directions with this drink; the first was to take the mojito and daiquiri into the 21st century to give the modern day drinking scene it's own classic variation on a white rum drink, and the second was to apply white rum to a new drink family that originated in NYC and add a bit of a twist, in this case the absinthe and soda. 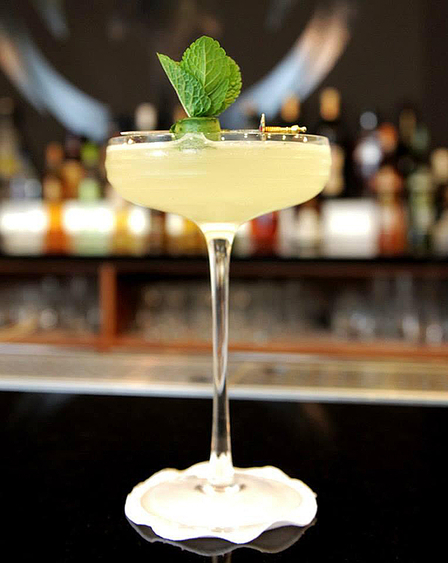 I picked up the trick of using Punt E Mes in a Bijou through an old friend called Marco Noe who used to work at Bramble. He said it made the drink balance better, and I agree with him.

Here, it's the same drink, sans orange bitters, and with bourbon instead of gin. The bourbon needs to be pretty punchy and high in tannins otherwise it won't work. I couldn't think of a more suitable name for the drink either.

Glass: Coupette
Garnish: Lemon twist
Method: Add all the ingredients to a mixing glass. Add ice, stir and strain into a chilled coupette.
25ml Bourbon (Elijah Craig 12, or any other 12YO is good)
25ml Punt E Mes
25ml Green Chartreuse