Stuart Bale, 26, began his bartending career in his native Scotland before moving to London in 2008. Now he's working with Nick Strangeway, Henry Besant, Cairbry Hill et al at the consultancy Stange Hill, where life is anything but run-of-the-mill

Working for Strange Hill has involved so many different aspects of the bar world. The Absolut Craft flavours [released at Tales of the Cocktail in July] have been a big focus - we were running three stills for 10 hours a day, cutting the spirit, tasting and blending. We used 150 botanicals and have ended up with the most insane flavour library imaginable - it's the best reference tool you could have.

To see our work go into production at the end of it was amazing. The Strange Hill office has an impressive range of taste buds - we have a mix of different backgrounds and everyone contributes something different.

Having completed the Absolut Craft project, I've been working on a new app for Havana Club, which provides loads of historical information, videos and recipes for use in training the trainer, and a film for Olmeca Altos tequila which will be aimed at the hipster crowd and include a range of cocktails and serving rituals. I'm not sufficiently hipster to be in the film - no crazy haircut and not enough tattoos - so I'll probably be hovering in the background making sure the drinks are ok.

My work at Strange Hill has also included some really interesting bar projects, including the Cadogan Hotel, and the Bulgari Hotel. I've learned quite a bit about perfume, and spent time in Grasse in France, where the novel Perfume was based, so it was great to have the opportunity to put some of this research into practice when we developed the drinks for the Bulgari.

I studied science at school, which gave me a basic understanding, and then I was able to develop this when I came down to London and worked with Tony Conigliaro at 69, Colebrook Row.

Working with Tony and appreciating his outlook on flavours made me realise that anything's possible. His methodology is meticulous, he really strives for perfection and he's been using ingredients and techniques that have never previously been seen before.

Tony's really experimental, and not everything works, but when something does he refines it over and over - to see that process is inspiring. It wasn't a jolly - there were long hours and lots of hard work, but I would recommend it to anyone.

I was brought up in Glasgow and started helping out Andy and Scott Gemmell as a bar-back when I was 16 or 17. I went to college to study dentistry - I was the first in my family to go to university, but also the first to leave, as I couldn't handle the practical work, which involved practising on dead people!

I worked at Tonic and 99 Hanover Street in Edinburgh and then had the chance to open 99 Aberdeen, which was a great opportunity for a 20-year-old bartender to get some hands-on operational experience.

I came down to London about four years ago and got a job at Albannach. The route from north of the border to Albannach was quite a well-trodden one, with Jamie Forbes, Jim Wrigley and Ali Malcolm taking on the baton before it was passed to me. Since being down here I've also worked with other Scots like Ryan Chetiyawardana and Teddy Joseph.

I still feel most at home in Scotland, and enjoying going back to relax and wind down after working in London. There's a bit less dick-swinging up there! Glasgow has really come on in terms of its cocktail culture - Edinburgh used to be way ahead, but in fact there have been some bartenders who have moved from Edinburgh to Glasgow recently, which shows how much the balance has changed.

I'm hoping to spend some time working in Scotland at the end of this year when the plan is to run a pop-up venue for a few weeks - I have a concept in mind which I think will work well.

I've also got a plan to buy a cider press and make my own apple brandy, bringing in some of the flavours that I've been introduced to by Nick and Tony, which should be interesting, and different.

I live in Finsbury Park in North London. Everyone warned me that the traffic would be horrendous during the Olympics so I borrowed my brother's bike to get to the Strange Hill office [in Borough Market]. I really enjoyed cycling, and it meant I got 10 minutes extra in bed each morning. My brother's asked for his bike back, so I'm getting my own. 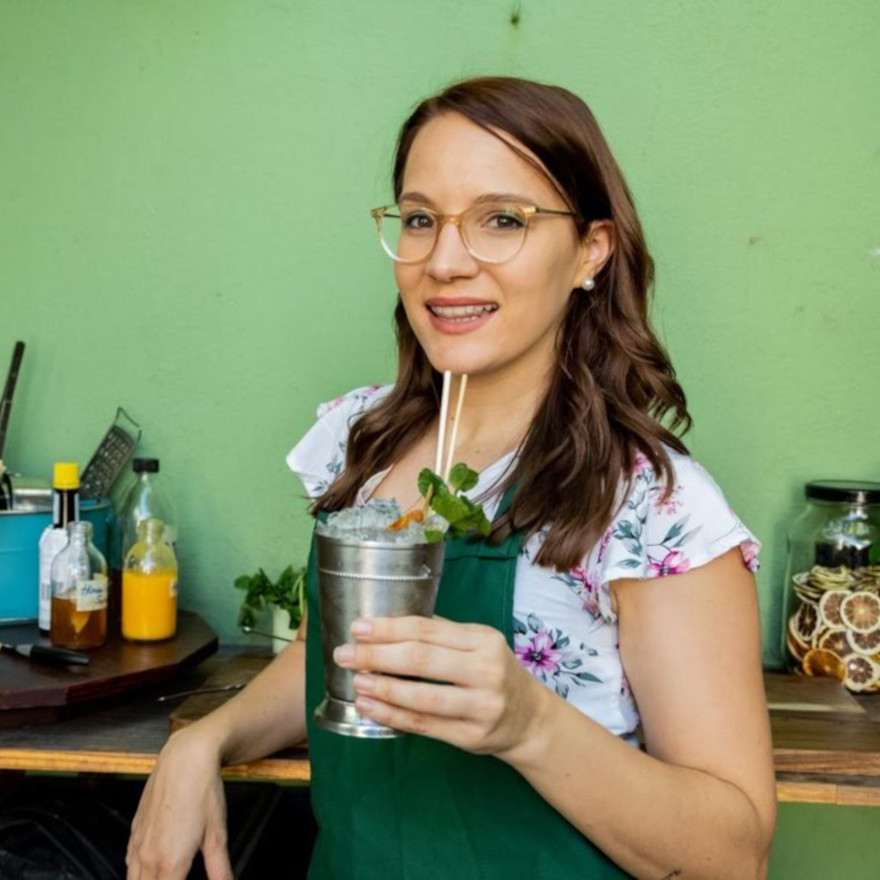