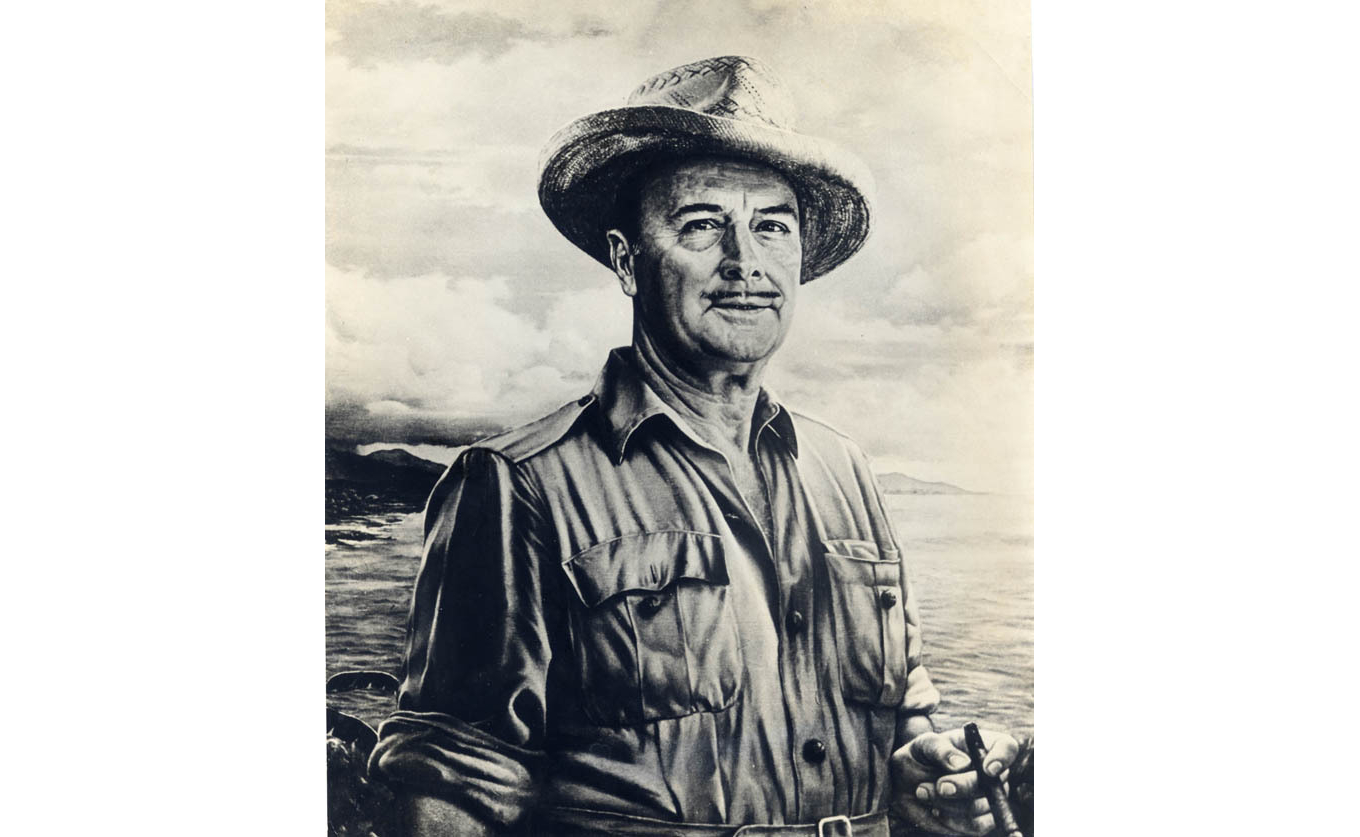 Some 90 years ago a Louisiana drifter with a fondness for rum washed up in Hollywood - and transformed the drinking scene.

Born Ernest Raymond Beaumont Gantt in New Orleans, the man who would become Donn Beach had the slick tache and chiseled features of a movie star - and a life story as swashbuckling and pioneering as that of Errol Flynn.

He bummed his way around the Pacific, picking up cultural artifacts and rums as he went, and taking the odd bit part in movies "when I needed to eat", before he landed in Hollywood in 1931.

There he turned his talents to a little bootlegging - a skill he'd learnt from his grandfather. He took odd jobs in kitchens and as a car valet, before his knowledge of the Pacific and phenomenal collection of artifacts brought him into the world of movies as a design consultant.

As soon as Prohibition was repealed, Gantt brought together his love of rum, his passion for Polynesian culture and his theatrical sensibility to open a tiny little three-table joint off Hollywood Boulevard, a cramped, effusive celebration of all things Polynesian.

As Beach's second wife recalled, "He understood the South Pacific very well and was very sensitive to the culture." His genius, however, was to translate his knowledge and understanding into something commercially viable.

Tiki was born. And, within nanoseconds, glitterati from Marlene Dietrich, Clark Gable and Humphrey Bogart through to Howard Hughes were flocking to Gantt's kitschy yet brilliant take on the South Pacific, complete with foul-mouthed mynah birds.

A larger venue followed, named Don the Beachcomber, and Donn (twice) legally changed his name to match the venue.

On his return from World War II, however - where he spent most of the war arranging entertainment for the Air Force - Donn was displeased to find his first wife had opened a bunch of franchises of his venue.

Divorce followed, and a move to Hawaii, where he settled, beginning elaborate developments from hotels to "Tree for Two", a treehouse built up in a 100-year-old banyan tree, and opening a new Beachcomber restaurant.

Yet Beach's genius lay more in design, zeitgeist and bartending than business. While his amiable rival Victor Bergeron would build up a global brand spanning everything from books and premixes to franchised operations, Beach, one of life's eternal sybarites, would not die rich.

He lived, it appears, in harmony with his Beachcomber's motto:

"Of ALL Life's Pleasures deeply drink
At every worry give a wink
It's MUCH, MUCH later than you think."

Yet when he died, of liver cancer, at the ripe old age of 81, he left a phenomenal legacy. Beach introduced the Planter's Punch to an audience outside Jamaica. He created the original Zombie, at one point the world's most famous drink. And he evangelized rum, transforming it from bootleg hooch into a cocktail ingredient sans pareil.

Yet many of his drinks, their recipes only ever notated in a secret code of numbered bottles and elusive mixes, went to the grave with him.

Says Jeff "Beachbum" Berry, a man who has devoted much of his life to the archaeology of these concoctions, "In bars around the world, the Tiki revival is in full swing. But without Donn Beach, there'd be nothing to revive. In 1934 he single-handedly created the Tiki bar, and the Tiki drink."

And that, whichever way you slice it, is one hell of an achievement.