The High Priest of the martini - for Javier de las Muelas, the Barcelonan world citizen behind the Dry Martini brand, the bar is a church. “The bar counter is the altar, the barman is the priest, the cocktail is the offering and most important o all is the parishioner, our customer,” he says. “The customer and only the customer must be the real star. The liturgy must always be gentle, without a fuss. This is fundamental.”

Although you'll find Javier's menus and branding around the world – from Thailand to Rio, from Boston to Berlin, and most recently in London, at the Meliá White House – his heart and soul remains firmly in his native Barcelona, where his passion for bartending began. As a young child, he marvelled at the bodega in front of his home. “The tinkling bottles, the murmur of the parishioners' conversations while buying or enjoying a beer or a coffee – it was like watching a ballet,” he recalls.

Yet it was the books and films of his 1960s childhood – Raymond Chandler, Dashiell Hammett, All About Eve and, of course, James Bond – that shaped Javier's notion of the martini as an icon of international sophistication and style. Today he sees it as a way of life, a single precious blend that fuses the whole history of the bar with literature, cinema, architecture, art and music. “When you make a martini you're serving not just gin and a caress of Dry Noilly Prat but elements of Mies van der Rohe, Picasso, Maria Callas, Luis Buñuel, Dorothy Parker, Bogart, the Rat Pack and Rita Hayworth,” he says.

Javier was just 18, studying medicine, selling underground comics and working for 1970s pop promoters, when he discovered Boadas, the legendary coctelería that's Barcelona's oldest bar, and the magic of the founder's daughter, María Dolores Boadas. “The liturgy, the music of the mixing glasses and shakers, the music of the chatting and the ice cubes clinking in the glasses caught me,” he recalls. “I was burned by the flame of bar culture.”

In Javier's universe, where the bar is a church, then Boadas, a simple, timeless, wood-panelled space, is the Vatican, not least because of its direct line to Havana's Club de Cantineros, the dominant influence on Spanish (and Catalan) cocktail tradition. Dolores' skills were inspirational. Yet he also cites Perico Chicote, the former Ritz bartender who opened Madrid's iconic Museo Chicote, and 1960s cocktail book author Epi Vallejo, alongside the classic Anglo bartenders.

Javier's single largest professional inspiration? Pedro (Pere in Catalan) Carbonell, the hugely cultured pianist who opened Dry Martini in 1978. One year later, de las Muelas would open his own first bar, Gimlet. “I was one of Dry Martini's true parishioners,” he says. “I was fascinated: it was like enjoying an opera. I soaked in everything that was done there, especially how the barmen were officiating. In this way I learned the essence of my profession.”

It was many years later, empowered by two martinis, that Javier plucked up the courage to talk to Carbonell, who was married but had no children, and suggest, nervously, that if ever he wanted someone to take over the business, he would be honoured to be considered. In 1996, Pedro summoned him to the office. “He said to me, 'Javier, about what we discussed some time ago, now is the time to do it. If you say no, I don't want anybody else to follow my project. I reached this point, and you can take it higher. I'm convinced you will achieve it.'” Within days, de las Muelas had added Dry Martini to his Barcelona portfolio.

Starting with Carbonell's notebook, tickets from an old till and data from the gin and vermouth brands he worked with, de las Muelas calculated the total drinks already sold and created a counter which would tally whenever a dry martini was served. Dry Martini celebrated its millionth dry martini in May 2010: the recipient, a lawyer, is entitled to a dry martini every day for the rest of her life.

While de las Muelas waxes lyrical about the martini, and bartending in general, he also has an extremely solid head for business. Before branching out internationally, he took the PADE, a business course designed for experienced entrepreneurs and senior managers, at IESE, a business school in Barcelona that stands at number 5 in The Economist's worldwide MBA rankings.

“I wanted to go abroad from the first, and my mind was set on partnering with luxury hotels,” he recalls. “So I had to quit my comfort zone, get out of Barcelona, and prove to myself that my concept, my business model was valuable.”

And, although he now works regularly with groups from Sheraton and Four Seasons to Spain's homegrown Meliá, that beginning wasn't easy. Overcoming his natural shyness, Javier didn't just knock on doors but worked actively to build his profile outside his home city. “I travelled to different cities and countries, delivered conferences and presentations at different gastronomic forums and bar shows, business and marketing schools, before audiences ranging from 12 to 1600 people,” de las Muelas recalls.

In 2008, he presented at bar shows in Rome, Berlin and London; the next year saw his first cocktail book plus bar shows in Tokyo and Amsterdam. By 2010, he'd secured his first luxury hotel collaboration, and his first opening outside of Barcelona: Dry by Javier de las Muelas at the Gran Meliá Fénix. “We took care of everything from look & feel to menu design and building up the team,” he says. “It was a turnkey project.”

Today, he's consulting on projects across four continents, from 190, his high-profile concept at the Four Seasons Singapore, to The Corner, with EuroStars Hotels, as well as maintaining his core group of bars and restaurants in Barcelona, among them Speakeasy, Gimlet and the original Dry Martini. Yet, although he drinks little in his private life, his passion for the martini endures. So, last year, he launched Droplets, a non-alcoholic flavouring range targeting not just bartenders but chefs.

“We, at Dry Martini, have been searching hard for a long time for a product that could be a new category,” he says. The aim with Droplets is to ensure consistency and accuracy of flavours, removing the variability found in fresh products. He's proud to see them used in cocktails at Artesian, and elsewhere.

De las Muelas is passionate about the ritual of the martini, a cocktail he believes will never be displaced. And, while he's written up 100 recipes for different dry martinis, he remains a classicist at heart. “I used to love and still do love the classic whose formula is written on the mirror behind our mise-en-place at Dry Martini: ½ Bombay Original gin, ½ Noilly Prat and 2 dashes of orange bitters garnished with a green olive,” he says. “Presently I prefer the one we serve at the bar.”

And that is served with all due theatre. “The bartender picks up an icy glass from the freezer, gently deposits it on a silver tray covered with a linen cloth, adds a green olive from Seville, pours two glasses of ice-cold Bombay Sapphire gin in the mixing glass filled with diamond-like ice cubes and a couple of winks of dry vermouth, gently stirs it for 15 seconds with a spoon and then shakes for two seconds before pouring,” he says. “After a twist of lemon, or none, the drink is offered to the parishioner. Immaculate, virgin, brilliant.”

For, in the church of Javier de las Muelas, the devil is truly in the detail. 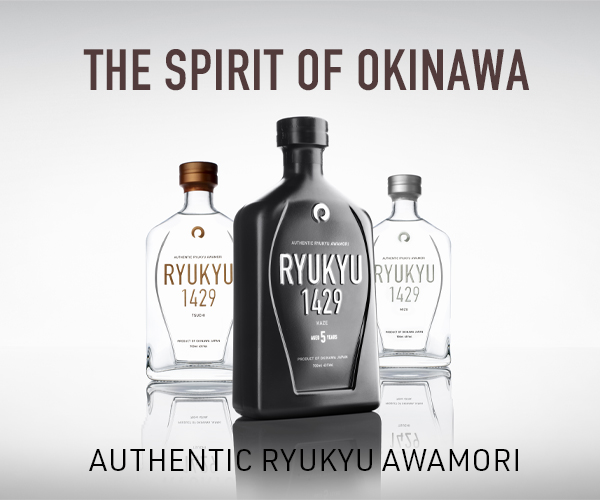