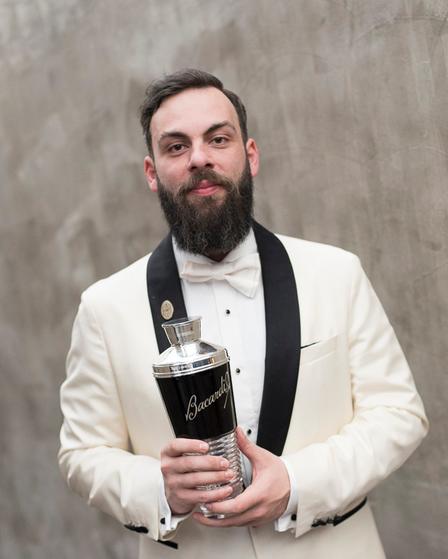 Antonis Mantzaridis, bartender at Theory Bar & More in Chalandri, is the Greek winner for the Bacardi Legacy Cocktail Competition. A few days before the competition’s global final, we talked to him about his experience so far, the idea behind his Semilla cocktail and his ambition regarding his participation at the great final taking place in Mexico.

Semilla, the name of Antonis’ cocktail is Spanish for seed. The idea behind the drink is that what you reap is what you sow. In a wider manner, “the seed we plant today, tomorrow will become our legacy” by his words, saying also that “a seed is a symbol of evolution, constant work and a relentless fight for achieving fulfillment. We don’t create a legacy for us but for those succeeding us, hence the seeds that will eventually grow”.

How has your experience of Bacardi Legacy been so far?
“For me, Bacardi Legacy begun in October 2017 when I filled in my application to compete. Since then, I’ve been selected among the top three contestants in the Greek finals, completed the subsequent promotion period and campaign for my Semilla cocktail, and made it through the Greek finals, with only days left as we speak before the global finals. Over these six months, I’ve completed many different projects, traveled around Greece and abroad, and of course met people that I would probably never meet otherwise, and which will be friends with for life. It is a once in a lifetime, unique experience that shapes you not only as a bartender, but most of all as a person.”

Which was the hardest part for you and what did you enjoy most?
“The hardest part for me was to realize that this was not just about simply creating a cocktail but to essentially create a cocktail brand from scratch. This changed the way I perceived the competition and for me to be able to build this brand called Semilla as substantially as possible, I realized that the knowledge and skills of a bartender would not be enough, I would have to evolve in other ways too. As for what I enjoyed most, it would have to be my travels and getting to know so many different places, and of course meeting all sorts of people, not necessarily all coming from the hospitality industry.”

What is your ambition for your cocktail?
“The general philosophy is that if you work consistently and with humbleness you will eventually succeed in what you want. That’s the mentality I apply to my cocktail too. I believe that both the actual recipe and the concept behind Semilla can have a reach within and beyond the competition.

In terms of promotion, which of your moves do you consider the most engaging?
“I did several things to promote Semilla but I think that the one that stood out was the Semilla Everywhere challenge. In order to showcase how easy the cocktail is to make, I invited Labros Vakiaros, the Greek winner of MasterChef, to make the recipe. Not only did he accept my invitation, but we also made the cocktail on an amusement park’s wheel!”

What should we expect from you at the global finals?
“I happen to represent a country that has raised the bar at the Bacardi Legacy competition but also when it comes to the global bar scene in general. Therefore, expectations will certainly be high. However, do not expect a lot of bedazzlement from me. You can surely expect to see the best possible performance on my part so this journey can end in the most beautiful way.”

How much have you changed as a bartender?
“Preparing for a competition like this certainly improves your technical and tasting skills. Rather important assets for a bartender, but also obvious for any bartender. The most important aspect for me is the fact that you evolve in areas beyond the bar, like maintaining regular correspondence with people of the industry, organizing events, using social media and generally promoting your work. All these develop your personality, hence change you as a bartender.”

What makes your cocktail special?
“As far as my recipe is considered, it is something that can be made quite easily, with ingredients that can be found pretty much everywhere. Bacardi rum, vermouth, and liqueur, four ingredients used in numerous classic recipes, with soy sauce which although an unusual ingredient for a cocktail, contributes a lot by giving a special umami character to it. However simple the recipe is to make, how the final result accentuates the character of Bacardi Ocho, is rather complex. What makes it really stand out though, is the message it carries: “What we plant today, we will harvest tomorrow”. A very simple message to comprehend yet so difficult to apply in our daily life. If we manage to turn this into an actual lifestyle we will be able to leave a very important legacy behind us.” 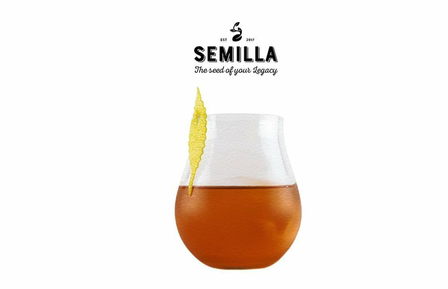