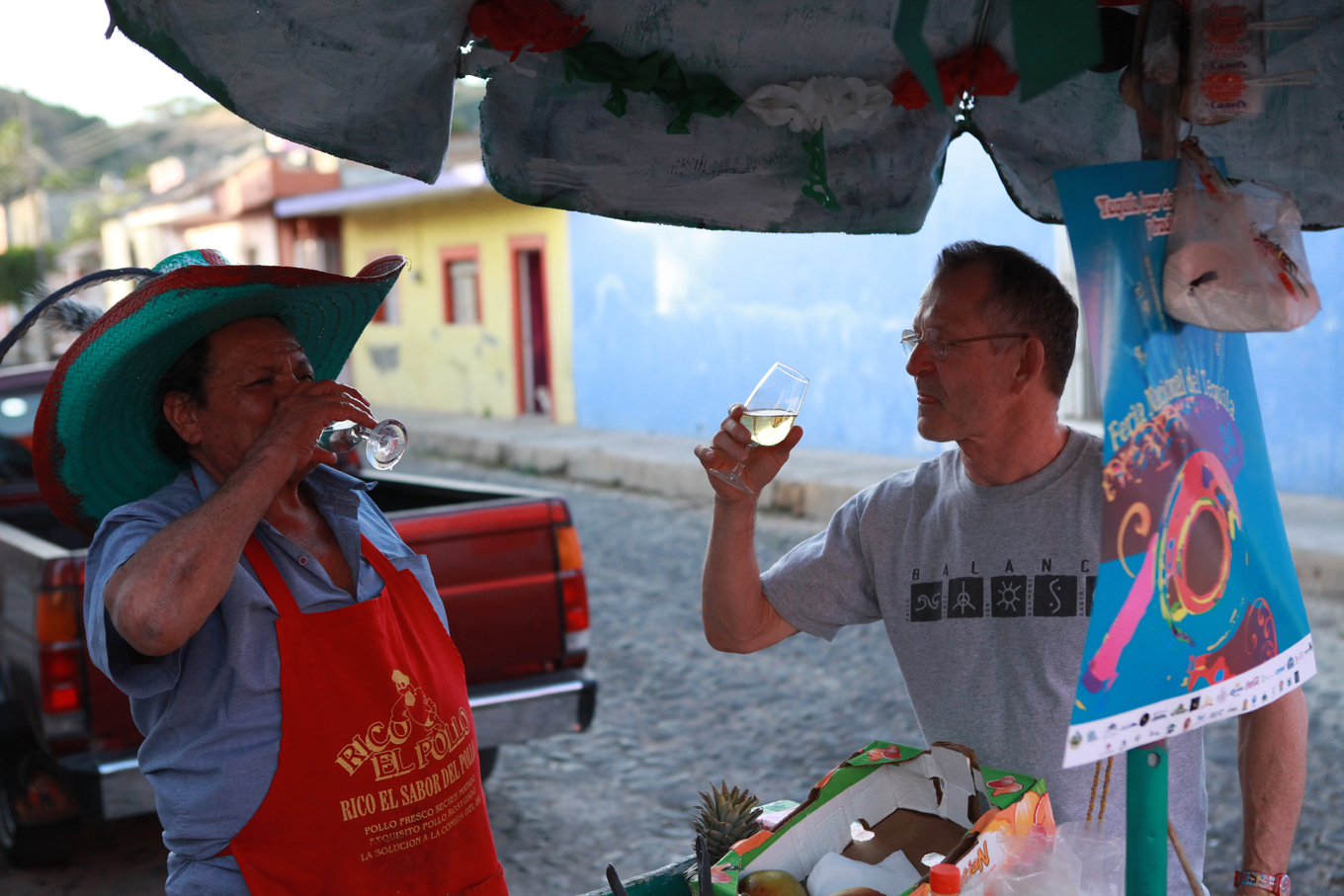 Back in 1997 our office was a small room on Gower Street, London and most evenings I walked through Covent Garden to catch my train home and I'd often stop off at Café Pacifico for a snack and a cocktail. If lucky, I'd find myself drinking with the restaurant's owner, Tomas Estes. Little did I know that 15 years later I'd end up publishing his long dreamt of book on tequila.

I'm very fortunate to have shared many bar nights with Tomas and a good few adventures near and far, but most notably and memorably in Mexico. Tomas was a tequila fanatic, but he wasn't so much into the intricacies of how it's made. He was much more interested in the people who made it and the culture that surrounds its enjoyment. And he was happier sipping tequila in a Mexican cantina with locals than he was in a 5-star cocktail bar.

I was privileged to be his travelling companion on a two-week tour of 20 distilleries in Jalisco. I'd photograph each and dig into the detail of production to find the nuances that set each distillery apart while Tomas was busy exploring the personalities behind each distillery. That tour turned into his The Tequila Ambassador Book, a book as much about people as it is about tequila.

When it came to driving around the dusty roads of Jalisco, often not quite sure of where we were going, where we'd stay the night, or if we'd meet "bandits", his love of adventure and meeting people was infectious. I'll much miss this affable and entertaining bar and travelling companion.

In 2010, a couple of years before publishing his book, I asked Tomas to write the following piece for my magazine. It says a lot about him. RIP Tomas.

"What inspired me to start my own brand of tequila?"

In 1970, one year after Woodstock and the highs of social revolution, I hit Amsterdam and dreamed about living there. As a means of supporting myself, I realized the best thing I could do was to start a Mexican restaurant and bar. I didn't know a lot about what I was imagining to do but I made up for that with how much I felt. I was passionate and proud (if the two are distinguishable) to represent Mexican culture to the unsuspecting European masses and to do something no one else had yet done. We started a totally new, fun place for people to go and it was an overnight success, owing a lot to the atmosphere of the place, which was to a large part fuelled by tequila.

After nearly 30 years of selling and promoting tequila in my various places in six lands I was presented the opportunity of a lifetime at least the opportunity of my lifetime. I was invited by the Camarena family to join them in a new tequila brand, the development of which took an eternity, or so it seemed. I was thrilled to be able to create something new with this family revered for its highest standards of old-fashioned artisanal tequila making.

We played around with various distilling techniques. The goal was to create a tequila that had the maximum amount of agave smell and flavour in it. We wanted this to be evident in both concentration and complexity. Trial number 8 or 'ocho' in Spanish was the preferred one we came up with.

I was ecstatic with the result and wanted to go a step further. From living 25 years in Europe, 16 of which were in France I developed an appreciation of wine, going to Burgundy yearly to enjoy myself in the vineyards and wineries. I had an idea that I could combine the two cultures of wine and tequila and do something unique. My idea centered around the French concept of 'terroir', which says that crops, especially grapes grown for wine are determined (highly influenced) by the natural conditions around them. These conditions include soil composition, temperature, humidity, sunshine, wind and exposure to the elements. A 'pinot noir' grape grown in one location in Burgundy may create a dramatically different wine than one grown only a few hundred meters away.

At the time of the gestation of Tequila OCHO there was a newly growing awareness -amongst those that were paying attention - to the fact that the tequilas made from agaves grown in the Tequila Valley were different to those from 'Los Altos' (The Highlands). As a general statement the tequilas from "The Valley" are masculine (to use a wine term), with an earthy, herbal flavour. Tequilas from ''The Highlands'' are more feminine; sweeter, softer and fruitier. If you want to experience this difference in a sensory way do a taste comparison of Herradura blanco from the Tequila Valley with Don Julio blanco from The Highlands and see what you find. To have fun do it blind.

I asked Carlos and Felipe Camarena, my partners if we could make Tequila Ocho from "Single Rancho Designate" pieces of land. This means from plots of land that would resemble "Single Vineyard Designate", the term used for wine. They thought for a moment and replied with amusement while looking at one another, "Yeah, why not?" We considered how many ranches of land they had with agave growing - about 40 different plantations with different locations and different names. Now things were getting interesting, especially the names, "Rancho El Vergel","Rancho Los Corrales", "Rancho Cerrito de San Augustin" and "Rancho Los Mangos" to state several.

To date, Tequila Ocho has released small batches of seven different 'ranchos', each similar to and yet distinctive from the others. The concept of 'terroir' in tequila is being pushed further. Maybe we will someday see 'premier cru' or 'grand cru' categories for tequila? I do not expect this soon. The 'How' and 'Why' of starting my own brand of tequila started back in the roots of my love for Mexican culture and continues in my attraction to doing something different, changing perceptions and having fun. What started a good few years ago, grabbed a hold of me and I went with it. I knew where I wanted to go, I put myself out there, was open to what came along and was in the right place at the right time.

Reminds me of hitchhiking. The above is my story in answer to Simon's question of, "What inspired me to start my own brand of tequila". Thanks Simon. 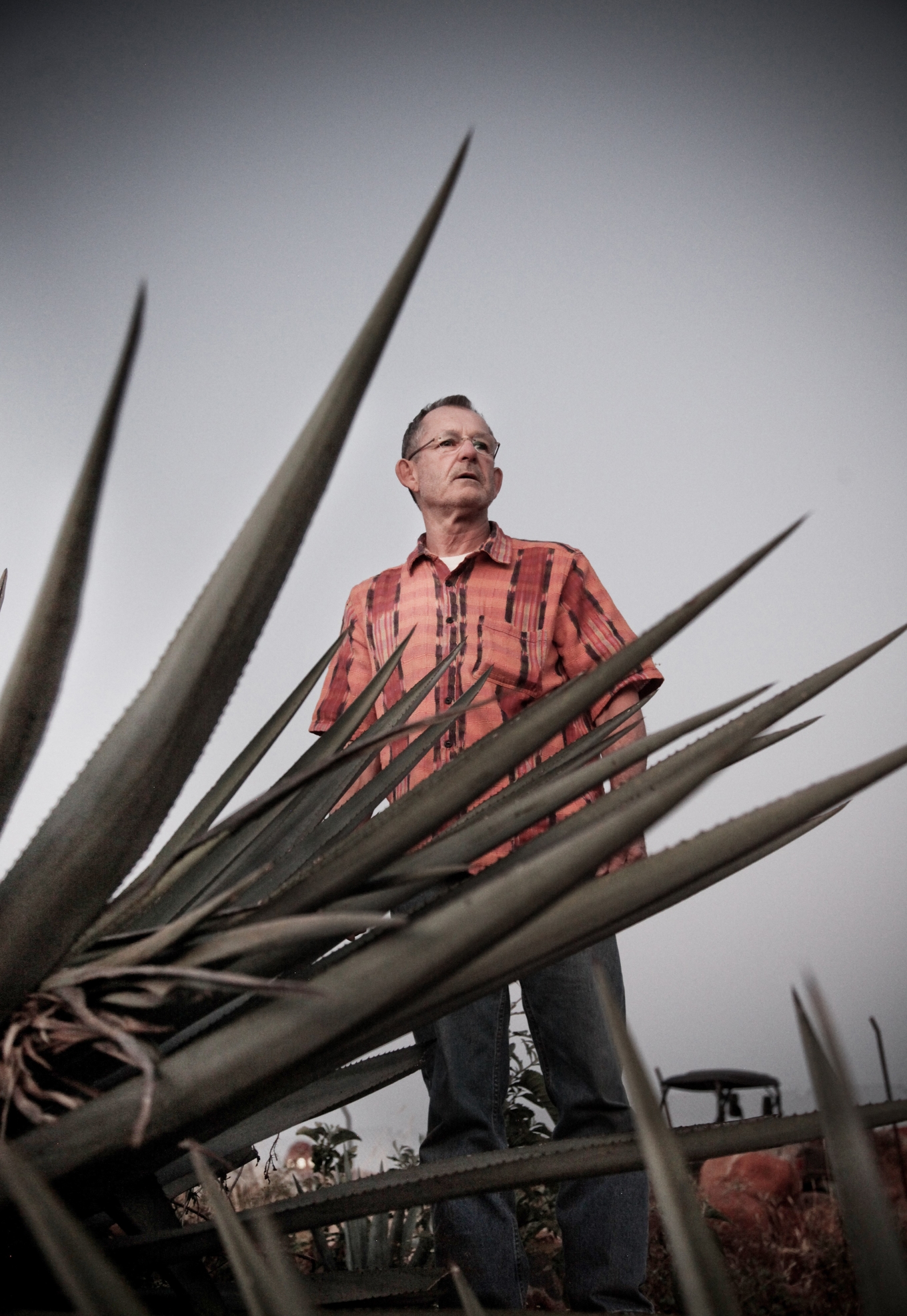