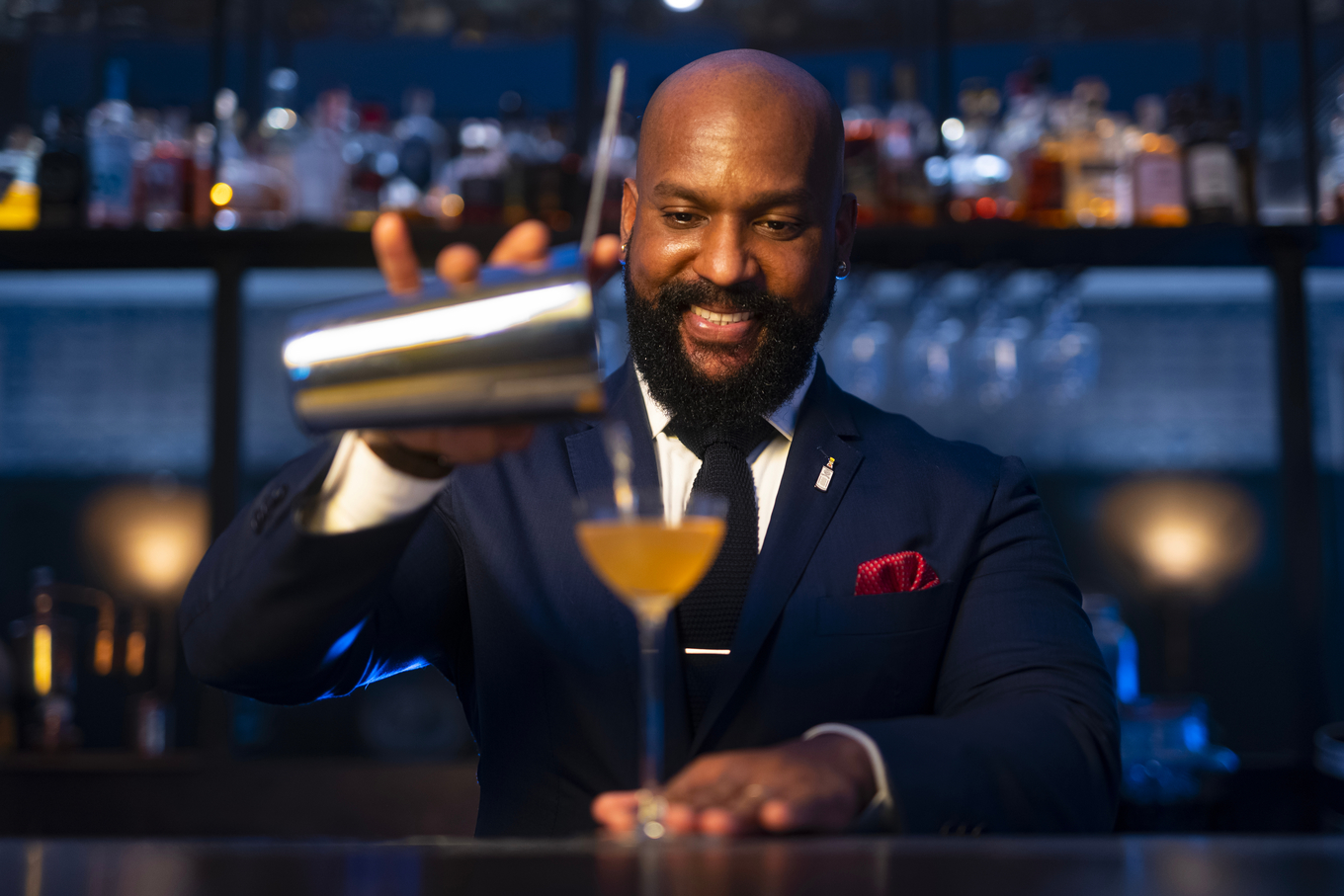 Daniyel Jones is the global brand ambassador for the House of Angostura and before the pandemic, he'd visited over 75 countries and cities evangelising for Angostura's iconic bitters.

"I would go into the airport and I'd be waving to the people who worked there as if I was a diplomat, I used to travel so much. Even to this day, people are asking 'Are you OK?' because my life was just constant travel."

But in March 2020, his world completely changed. "The pandemic has really affected a lot of people in the hospitality industry, especially today," he says. "My concern was really: What can I do to help? It's been such a big challenge for brands and people alike."

Jones set up a studio in his Paris base and started working remotely - even launching Angostura's Cocoa Bitters on big screens at events that complied with local Covid restrictions. And, while he hopes to return to some European travel in September, he thinks that home studio will be part of his job for some time to come.

Growing up in Trinidad and Tobago, the tiny dual-island nation that lies just seven miles off Venezuela's Caribbean coast, Angostura bitters were a major part of Jones's life. The country's best-known brand, the little bottle with its oversized label and yellow cap is both kitchen staple and cultural icon.

"I always tell people, when you go to the supermarket in Trinidad as a kid, you go for rice, sugar, milk and Angostura bitters," Jones says. The family would add bitters to ketchup, ice cream, fresh juice, and more, while Angostura is still revered as a medicine on its home turf.

Angostura's founder Dr. Johann Siegert held German nationality and created his bitters in neighbouring Venezuela but Jones feels he drew on local medicinal traditions as well as regional botanicals. "I feel like he spent time with some of the local people on the island, because, growing up as a kid, if we got a bruise or felt ill we would not run to the pharmacy," he says. "My mom or my grandma would have some type of bark or roots or make some type of elixir or tonic for us."

Growing up as one of four children in a single-parent family, Jones didn't have the easiest start in life. His mother's family, of Indian origin, were wealthy, but didn't approve of his father's African heritage, so, while his mother raised all four of her children with values and ambition, there wasn't much money to spare.

"I know what it is not to have food for the entire day and to be so hungry your stomach is hurting," Jones says. "Sometimes, when I feel the warmth of hot water on my skin, I'm grateful. People sometimes say to me, 'Why are you always smiling, why are you always so happy?' And I've learned there is always something to be thankful for."

After finishing high school, Jones tried his hand at business and computer science, but hospitality had a mysterious draw. "My mom always instilled that idea of dreaming big, not limiting yourself," he recalls. "And I had this dream of having a fine dining restaurant: I'd never been exposed to fine dining restaurants back then, but I'd put planning into it while I was at school."

Jones duly chose to study hospitality and tourism, the best route into restaurant management in Trinidad and Tobago. To support himself, he opted for a part-time job at TGI Fridays, the global cocktail brand, which had a branch in the islands' capital, Port of Spain. He started as a waiter, but found the bar more challenging-and interesting-than anticipated, so resolved to study.

Faith, self-belief and determination helped Jones progress. "When you think of a library today, you can just order stuff on Amazon," he says. "But I didn't have access to that, so, on a Friday and Saturday, I'd take two garbage bags full of empty bottles to my room and read the labels and smell the liquids that remained in the bottles."

While his co-workers laughed at their geeky colleague bringing the trash back home, he expanded into buying books and built himself a reputation within Trinidad and Tobago's small bar industry. A stint in a fine dining restaurant enabled him to progress from flair and pink drinks to a more refined style, although he found the lack of creative and professional freedom restrictive.

There were few opportunities to develop as a bartender on an island nation with less than 1.5 million people, despite the tourist trade. So Jones created a high-end mobile bar service he called Martini Makers and began joining cocktail competitions to promote his business.

After winning multiple bartending prizes two years running at Taste of the Caribbean, a regional culinary competition, Jones entered the Angostura Global Cocktail Challenge in 2013, and won. His prize? Ten thousand dollars in cash and the role of global brand ambassador.

Jones closed down Martini Makers and embraced the brand world full-time. "That took me into a different realm, where I'm travelling, I'm teaching the brand," he recalls. "It was truly a learning curve, because being a brand ambassador has a lot of elements that you really have to learn."

Today, having been shortlisted three years in succession for Tales of the Cocktail's Best International Brand Ambassador, Jones is planning seminars to enable others to follow in his footsteps.

And there are more adventures on the horizon. His wife, for whom he moved to Paris in 2016, is expecting their first child, a daughter, in January, while he has also been working on some personal projects he is keeping close to his chest.

"I always have this belief that when you dream big you don't limit yourself," Jones says. "Sometimes, you see the magnificence of a sunset or a waterfall and that just shows you how creative the world is. I always feel like there is infinite creativity; I'm never afraid of limitations. I always feel like I can become better." 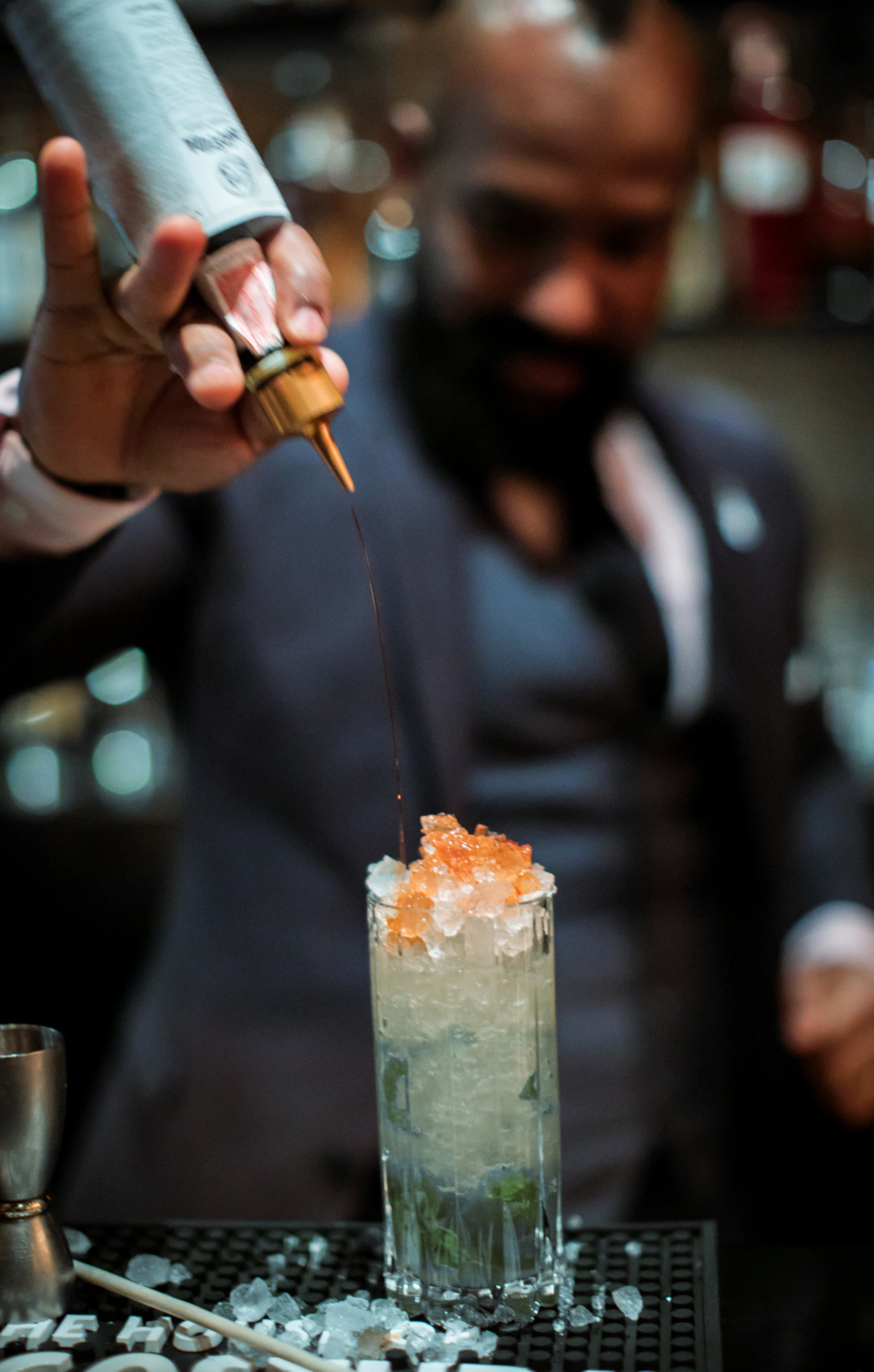