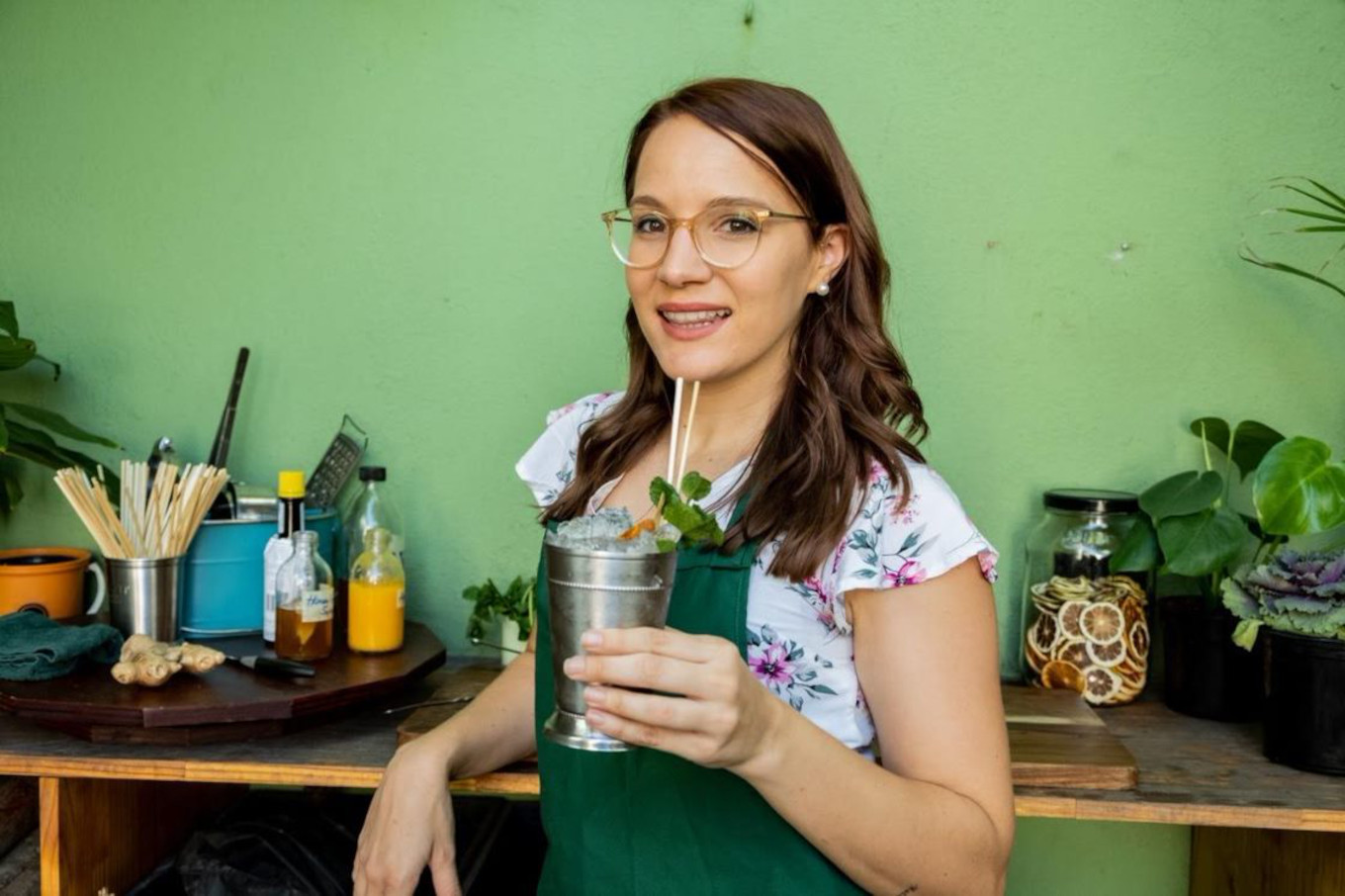 Working at a club in Windhoek, the capital of Namibia, the world's second emptiest country, Cassandra Eichhoff would never have thought she'd land up running a bartending school - or competing in the global final of Patrón Perfectionists, for that matter.

"When I started behind the bar, the owner was not really happy that I was working behind the bar: he eventually pulled me out and said, 'We don't want any girls behind the bar because the guys just end up chatting you up and you get distracted,'" she recalls without rancour. Instead, he made her the shooter girl, a job she took so seriously that she made much more money than she had behind the bar.

Sexism aside, Eichhoff, a Namibian citizen who grew up speaking German, didn't follow a conventional path to the bar. She tried to pursue professional dancing, moved to neighbouring South Africa and studied events management, then started work at a mobile bar company on the events side. A chance meeting with Jay du Toit, who runs the European Bartender School in London together with Tom Dyer, changed everything.

"He explained the whole setup, how it was a global destination-orientated experience for people to go to wherever they want, wherever there was a school around the world, and do a four-week bartender course, and then explore the destination and learn more about themselves at the same time as learning the skill of bartending," she says. "And I immediately said, 'Dude, I need to do this course, it sounds so cool,' because I actually wanted to learn more about bars."

Du Toit reached out on Facebook a few months later and today Eichhoff runs the Cape Town franchise of the European Bartender School.

Battling through the Pandemic

As you'd expect for a business that occupies the space between travel and hospitality, with students travelling from across Europe to South Africa to study bartending, Covid has presented the school with a maze of challenges.

When the pandemic first hit, in March 2020, the school closed for three months. "I remember very clearly the day when it was officially declared as a global pandemic, the chaos in the school with all of the students trying to get on the phone, trying to secure the planes, trying to make their way back home," Eichhoff says. "It was so heartbreaking, because we'd gotten so close to finishing the course, but we eventually had to close everything down and send everyone home."

The South African government has banned alcohol several times over the course of the pandemic, adding even more layers of complexity. "Our first booze bans were absolutely crazy. The president announced it just before New Year's: 'Sorry, guys, shops are closed. Liquor stores are closed. Alcohol is banned from being transported, from being consumed, from being made,'" Eichhoff recalls. The school had students already booked and paid in full for the January course. "I was like 'Oh shit, how do we run a bar school with no alcohol?'"

Connections and improvisation saw them through, but the unpredictable nature of travel during the pandemic has made business very hard. One course ran for four whole weeks with just one student after the other three cancelled the day before it started. (Eichhoff reckons he'll make an amazing bartender.)

"It's been a major financial and emotional rollercoaster," she says. "But thankfully I have the support of my partners, who are also running other schools in Europe. So we were very, very fortunate to have sister schools to work together and support each other."

From shots to the Hacienda

A dedicated perfectionist, Eichhoff's journey with tequila is quite dramatic. In Windhoek, she poured shots of rough tequila alongside Jägermeister for the weekend crowd; today, she's a connoisseur who drinks little else.

"Once I started to learn more about tequila, it was a fascinating subject for me: the fact that it's sourced from a specific species of plant, that this plant takes so long to mature for us to then make something as delicious and as authentic as tequila," Eichhoff says. "It's always been a dream of mine to actually be in an agave field and see it for itself."

This May, at the Patrón Hacienda, that dream comes to fruition. 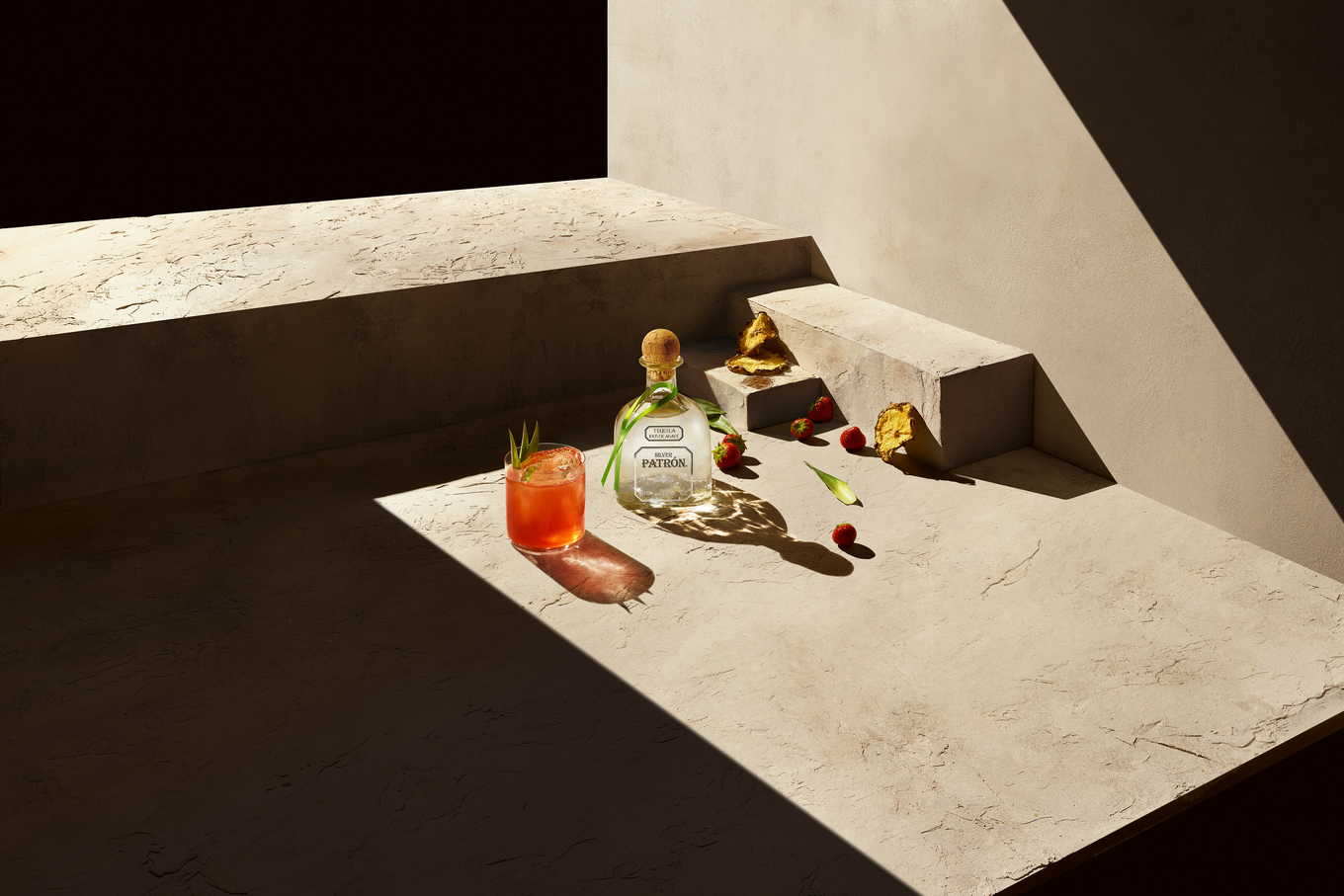 The catchy name has a more personal inspiration. "I don't have regular self-checks in place as I am taking it all as it comes day by day, but probably about every quarter year I try to have a bit of a self-reflection moment for myself, just to make sure I'm aligned with my goals and aligned with where I'm heading," Eichhoff says. "The Full Circle means that you end up doing a little bit of a round check for yourself but also remembering that you, as an individual, are adding value back to other people, that you've got a purpose in life. If we just do things for ourselves, then what's the point of living?"

To make the strawberry mint syrup:
Cut the stalks off 400g strawberries and place into a bowl with 100g fresh mint leaves. Add 100g sugar, cover the bowl and allow the sugar to macerate with the fruit for 48 hours. Strain liquid from solids and refrigerate.

To make the black tea ice block:
Brew black tea, allow to cool, then pour into an ice mould and freeze.

To make the cocktail:
Chill all ingredients, then add tequila, syrup, lime juice and ice block to a rocks glass and stir to dilute. Garnish with dehydrated pineapple slice and leaves plus grated nutmeg.