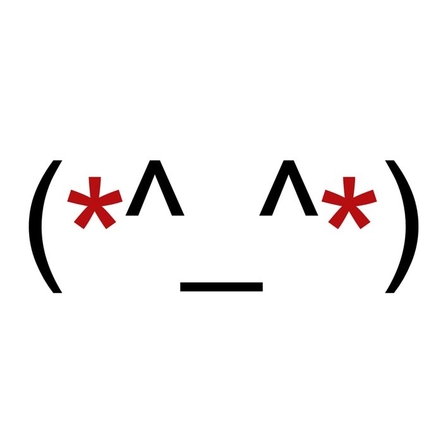 Whenever my mother drank alcohol she would flush a bright, almost nuclear red. Her head would pound and she'd slur her words after literally one drink. Add in that she is from Hong Kong and you can practically see the knowing looks on people's faces: it's the 'Asian gene', they're thinking. For this reason, she's been sober for about two decades.

The flushed face associated with drinking alcohol are indeed common in eastern and south-eastern Asians, but little is generally understood about why this is the case. Does it mean drinkers with the symptoms are actually more drunk or just appear to be? And why are Caucasians and other races not apparently susceptible?

Let's start by busting a myth or two. The common stereotype that Asians get drunk quicker more easily is actually a fallacy. Strictly speaking it's not that they are more 'drunk' in a conventional sense - it's just that they convert alcohol at a faster rate but are then unable to fully metabolize it, which in turn causes the dilation of blood vessels, headaches and nausea - which all can be mistaken for being drunk with as little as one drink.

So why exactly does this happen? There are two crucial steps to understanding this phenomenon. The first is that there is a variant in the gene that creates the enzyme alchohol dehydrogenase which is used to kick-start the metabolisation of alcohol by converting it to acetaldehyde. The variant increases the efficiency of the enzyme by up to 100 times and, as acetaldehyde is a toxic carcinogenic, means Asian drinkers may not experience the euphoric buzz that comes with a drink but instead get a headache and feel nauseous.

Conversely, there is a gene varient that makes the enzyme called acetaldehyde dehydrogenase (ALDH2) less efficient. This means that the liver is unable to convert acetaldehyde into acetate, causing acetaldehyde to build up in the liver and in turn causing blood vessels to dilate, causing that 'glow'.

But it is important to recognise that Alcohol Flush Syndrome (AFS) or Reaction, to give it its proper name, is not just an awkward affliction with comedic side-effects. AFS is a often ignored health issue with serious implications: it is a sign that drinkers are more susceptible to developing oesophageal cancer.

A 2009 study published in the Public Library of Science peer-reviewed journal, scientists studied found AFS sufferers who drunk just two beers a day are 10 times more likely to develop oesophageal cancer in comparison to someone able to properly metabolize alcohol.

However, these genetic variations could also be a blessing. Due to the increased speed of negative effects (similar to that of a hangover) rates of alcoholism in east Asians - and some Middle Eastern and north African populations, who are also affected by the condition - are relatively low compared to those in the western world.

In addition to the physiological side of AFS, there is an embarrassing psychological side to it. Many such drinkers find it difficult to go out and socialise normally when the after-effects of alcohol are so obvious - prompting those like my mother to avoid booze at all costs (though interestingly while my mother and brother suffer from it, my father and I do not).

Drugs have been developed to suppress the side-effects of AFS and to cash in to people's anxieties (you can find DIY 'cures' all over YouTube), but these only work to limit the effects and there is currently no actual cure for the cause as it is ultimately an issue of genetics. And as such drugs, which are often histamines, are by their nature used in conjunction with alcohol, that potentially places users are at a higher risk of liver disease.

That said, most people who AFS affects refuse to let it get in the way of a good night out. Antonio Lai, a bartender at Quinary bar in Hong Kong and consultant with Multisensory Mixology, said bar owners and security recognised that their customers are not necessarily drunk just because they are red-faced, and nor does it cause bartenders to modify their drinks recipes or cocktail lists.

"You don't really notice it," he said. "Even I get it after a drink or two. It's not an indicator of whether a person's drunk or not though. It doesn't affect the drinks I make but I do tailor them to local tastes. Hong Kong customers prefer sweeter tastes with a less strong taste of alcohol. If a customer has had a few I'll check they're OK regardless of whether they've gone red or not.

"A good way of being able to tell is by chatting to the customer, seeing how they are and gauging it. It doesn't change how I treat them."

AFS is an issue that's largely ignored in Asia as well as in western medicine. It's a punchline of many a night out with Asian drinkers, but now that there is increasing evidence to show that it's not just a joke.