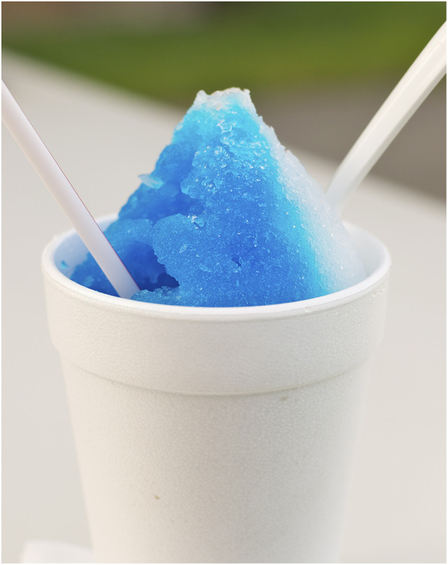 Five star hotels with convenience store-style drinks? When it comes to slushies you'd be forgiven for thinking of Bart Simpson and the Kwik-E-Mart slurpee, or the guilty secret of the Slush Puppie, but what hotels such as London Edition and the Langham's Artesian have done is something more worthy of adults than third-graders.

Artesian's slushie Piña Colada, with its remarkable creamy texture, has gone down as one of its best selling drinks of all time, and the team can certainly take the credit for reclaiming slushies from mass-market venues.

But it's the downstairs club at the newly launched London Edition that has taken the concept of great cocktail slushies to the next level. In what might be termed the antidote to the bottled cocktail, yet sharing its ready-in-a-heartbeat characteristics, there are always three different slushies churning away on the back-bar at any one point.

"It's a club where people come to have a good time," explains Davide Segat, Beverage Director. "The idea is you can go in and get a drink very quickly. We don't take them too seriously and have fun with blue or green cocktails as much as some of the twisted classics."

Keeping with the fun and easy vibe, the price point is particularly low with two of the cocktails at £7 and one at £4.50 each night, served in traditional way in a cup with a paper straw. The club also has a Russian roulette evening where the customers order a slushie and gets a lucky dip.

Working with Strangehill consultancy, Edition developed an initial 20 recipes. The hotel has extrapolated that list to a potential 120, though are currently serving a daily changing selection from a shortlist of 12, depending on the fresh fruit that's available. "We use a variety of different spirits, with the main emphasis being on fairly accessible flavours," says Strangehill's Stu Bale.

As democratic and low-fi as slushies are, there's more to just tipping liquids into the machines and sitting back and waiting. The team has worked hard to attain just the right temperature and sugar content, measured using a Brix meter, in order to make sure that the drinks still slush up without breaking the machine.

"The spirit base is typically rum, tequila or vodka. Gin and whisky don't work very well in this format. So it may seem an easy way to do things but it's actually quite difficult to balance everything," says Davide."

"I guess the main constrictions of using the slushies is that in that environment they didn't want to be restocking during the night, and they didn't want to be throwing any away at the end of the night either, so getting the par right is important. You have to be well prepared as it takes a couple of hours to get down to temperature and there isn't really a way of speeding that up," says Stu. 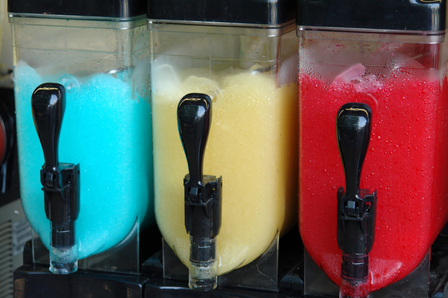