Beer cocktails - the best cocktails made with beer 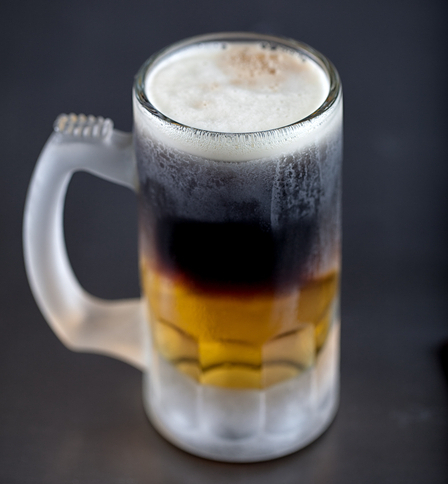 "Into a pint glass doubles of the following are poured: gin, whisky, rum, port and brandy. A small bottle of stout is added, and the whole topped up with champagne or champagne surrogate. It tastes very smooth..."

The Hangman's Blood beertail, as recommended by Clockwork Orange author Anthony Burgess, is not for the faint-hearted - or, at around 12 units a pop, for anyone who cares about their liver function. But the everything-but-the-kitchen-sink approach does pretty much encapsulate what used to be wrong - so wrong -- with drinks based on beer.

Hot ale drinks have a long heritage in the Anglo world (although hot beer isn't unique to Anglo cultures - Tibetan tongba is always consumed hot). During medieval times, unhopped ales were made into possets - with bread, milk, sugar and spices -- lamb's wool - with roasted apples - and wassail - a Christmas spiced ale.

When rum appeared on the scene, flips entered the picture. The basic flip combined hot ale with rum and sugar - most also added various combinations of egg, cream and spices. By the 1700s, flips were big business for taverns on both sides of the pond.

American taverns offered bewildering ranges of hot ale drinks, from the Calibogus, with rum, spruce beer and molasses, to a Yard of Flannel, popular at one of George Washington's favoured taverns. Abbott's Tavern in Holden, Massachusetts, was famous across America for its flips: a mug of New England Flip or West India Flip cost more than a meal or a bed for the night.

And flips made for great bar theatre. Ale was warmed at the fire, where the loggerhead, an iron bar, would heat in the embers. The tavernkeeper poured the sweet and creamy base mix into the hot ale, then plunged the red-hot loggerhead into the mug to caramelise the sugars and foam the drink, filling the smoky tavern air with the scent of spices.

And, with Jamie Oliver reviving the British tavern hot beer drink Huckle-my-Buff, and Dogfish Brewery producing a limited edition ale for flip - imaginatively named FL!P - for Eataly Chicago's launch last year, it's more than possible that the old-school flip is due another day in the sun.

Still, when Jerry Thomas' How to Mix Drinks first hit the scene in 1862, he only included eight beer drinks - seven different flips, and a member of the same family called Rumfustian. All of these were rapidly heading out of style, in favour of cool drinks, thanks to the marvels of ice: Robert Vermeire's 1922 Cocktails: How To Mix Them mentions beer only dismissively and in passing.

Probably the earliest known beertail is the Black Velvet, created around the time Prince Albert died in 1861. Queen Victoria would mourn him until she died four decades later: she wore widow's weeds and insisted her court also wear formal mourning clothes. Mourning armbands became an essential fashion item for any man-about-town hoping to make his way in high society - and it's most likely from these that the Black Velvet takes its memorable name.

Rather more obvious than this combination of stout and champagne is ye olde favourite - beer and a shot. Long before the Boilermaker, the Depth Charge or the Steel Bottom, came the Pop-In, an English combination of ale and spirits.

More or less awful combinations of half-beer and half-something-else appeared over the twentieth century. The Black and Tan layered stout and lager; the Shandy paired tap lager with sugary, gun lemonade; the Sandygaff combined stout and ginger beer; the Snakebite married tap lager with sweet cider. With the "inspired" addition of blackcurrant cordial, the beertail reached what is arguably still it's nadir in the Snakebite and Black, a concoction which decorated all the best suburban pavements during its 80s heyday.

Most of these drinks have left no trace on the new generation of beer cocktails. One that has? The Mexican favourite, the Michelada, an ultra-refreshing drink that's basically beer with lime, salt and Tabasco (and possibly some other stuff if the mood takes you). The Red Eye added tomato juice and, often, a raw egg yolk; some contemporary variants include tequila; others, like the Happy Mich, include surprising flavourings like watermelon and hibiscus.

But the new generation of beer cocktails began to emerge around the start of this decade. Shady Pines Saloon, in Sydney, based an entire menu around Boilermakers - pairing fine spirits with craft beers. By 2012, beer cocktails were well enough known for Tales of the Cocktail to devote a seminar to the topic.

Today elite restaurants from the Gramercy Tavern in New York through to Nopa San Francisco feature beer cocktails on their menus, while Shaky Pete's Ginger Brew is a bestseller at Hawksmoor's bars.

How to use beers in cocktails? Well, that depends on the beer, and on the cocktail. One obvious way is to use the beer as an alternative to a soda or a juice - as a top, essentially. Depending on the beer and the proportions, a top can add length, fizz, bitterness, acidity, sweetness, fruity notes and, of course, a head.

Sour wheat beers and Belgian fruit beers can work well with fresh fruit juice and fruit liqueurs - the Lambic Sangria uses fruit lambics in place of the default red wine. Simone Caporale's The Reality Check uses hoppy Budvar as one might use spicy ginger beer to top a mix of raspberries, vodka and Becherovka.

Classics tweaked with beer - beersics? - include the Dark & Stoutly, by Doug Frost, featuring El Dorado rum, a ginger-chilli syrup and fresh lime topped with stout. The Black Bee, with stout, bourbon, lemon and honey, from Parish, in LA, derives ultimately from the Bee's Knees by way of a bourbon variant, the Gold Rush. Then there are, of course, the endless variations on the Lagerita/Largarita, not to mention the Peroni Negroni.

Another alternative is to use beer as an accent. The Mantini uses a hint of Fuller's London Pride as an alternative to vermouth - while the folk at Underdog went one better and transformed their beers into "vermouths". A number of cocktails, among them the London Mule, use beer reductions (beer simmered with sugar and/or spices and reduced to syrup) to add the taste of beer without the volume.

When it comes to beer cocktails nowadays, in fact, there only is one hard and fast rule: use good beer. With all the different craft brews available nowadays, there's honestly no excuse. 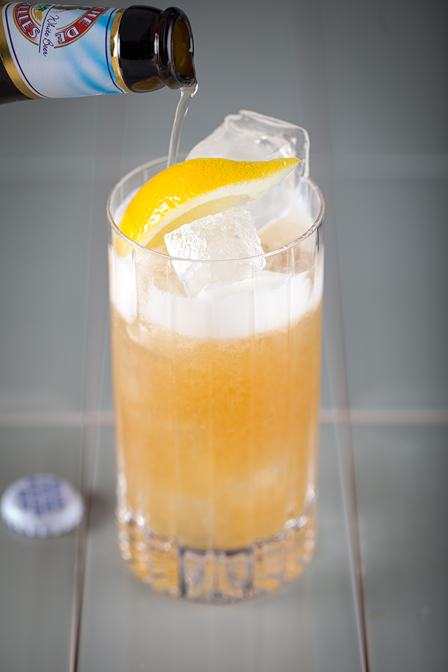 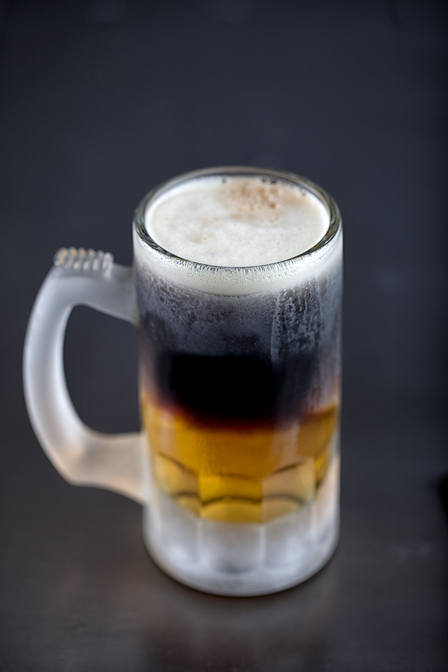 ... comment(s) for Beer cocktails - the best cocktails made with beer