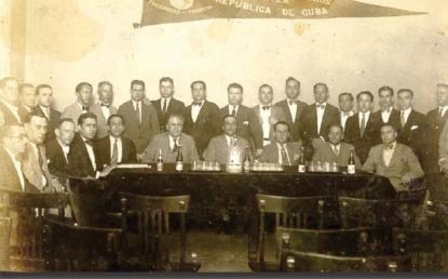 Think of Cuba today, and you think of a country stuck in a time warp. But Havana of the 1920s was one of the world's most beautiful cities with a thriving economy and a cosmopolitan culture. At a seminar at Tales of the Cocktail, Jared Brown laid bare the consequences Prohibition had for the Caribbean island when thousands of bartenders left the United States and headed 90 miles south of Florida.

While the flow of alcohol had severely diminished in the months leading up to October 28, 1919, after the Volstead Act became law it quickly became clear that the party was truly over in the US. By February 1920 one newspaper report said a dozen out-of-work bartenders were leaving Chicago alone every day.

They looked just off the US coast to Cuba, which represented an enormous opportunity for US bartenders to carry on practising their trade, and American bars were being opened left, right and centre to cater to thirsty citizens. Estimates suggest there were some 7,000 bars in 1920s Havana. "Americans took over virtually every bar," says Jared. "There was not a bar you would walk in and find a Cuban or Spanish bartender."

The 1920s era brought bars such as the Rialto Cafe, the Neptuna, Gold Dollar, Busy Bee, Donovan's Jigs, Cafe Suzerac, George's Winter Palace and the New Orleans cafe to prominence. One of them, Sloppy Joe's, conventionally the second stop for Americans whose ship had just arrived in the docks ("It was not as close as Dos Hermanos," says Jared), closed amid the Cuban Revolution of 1959, but reopened in April 2013.

It wasn't just bartenders that emigrated - even some distilleries and breweries whose markets had been slashed by the Eighteenth Amendment now upped sticks and relocated to Cuba. One distiller, WA Kennerly, relocated his Roanoke, Virginia distillery, Edward Reed opened the Havana Distilling Company in El Cano to manufacture whiskey, and the Cuba Cervercera Company purchased the entire US Brewing Company of Chicago to increase its production to 5 million litres of beer per day.

A group of investors from the city of Louisville, Kentucky, at the centre of the whiskey belt, pledged $1.5m (about $100m in today's money) to build a large resort, and made 60,000 barrels ready to accommodate alcohol-seeking tourists, though this was thrwarted by a small group of Cuban businesses led by Don Facundo Bacardi.

The effect on Cuba was to radically Americanise Havana's bar culture. Americans would tend to patronise American-speaking places and a fleet of American hotels were also established, from the Miramar to the Albany, Lincoln, Clifton House, Brooklyn and Plaza. Bartenders such as Fred Kaufman created the Mary Pickford when silent movie star Douglas Fairbanks Jr visited the Hotel Nacional de Cuba with his wife Mary, while the Presidente cocktail also dates from this time.

A secondary effect was for Cuban bartenders to recoil and fight back against this American invasion. The first steps they took under the Cuban bartender's association, the Cantineros Club, was that all bartenders should be able to speak English and were proficient in making cocktails and service according to different levels within the organisation. There was an apprentice level; a Journeyman level, where the bartender had to demonstrate they could remember how to make 100 drinks; and the Cantinero level which required them to commit 200 drinks to memory and demonstrate their ability at national competitions.

By 1933, however, when Prohibition was repealed, American bartenders were still ensconced in Cuba and the Cantineros Club began to play a more active role in reclaiming Cuba's bars for themselves. By 1936 the club won a battle for the home team, gaining status as a trade union recognised by the government which mandated that only cantineros trained and accredited by the Cantineros Club could work in Cuban bars.

In addition, Jared uncovered evidence that the Cantineros Club actively recruited bartenders from Spain, who had previously found they could not gain employment in Cuba's American bars, by arranging and paying for 180 letters of naturalisation, allowing them to work in Cuba. "In one quick notion they cleared out the American bartenders," says Jared.

What was the effect of this short-lived invasion on Cuban drinking culture? It actually had far less impact on Cuban drinking culture than it had on the Americans who came and experienced it. "It spread globally," says Jared. "Don Beach was a key example: he was less than 10 when moved from Texas to New Orleans, where his grandfather was passionately in love with a Cuban woman, and would regularly travel to Havana. His early experience was in Havana bars and he credited these formative years as inspiration for tiki bars and tiki culture."

That came full circle when Don's imitator Trader Vic, who gave over his first bar, Hinky Dinks, in Oakland, California, to tiki, courtesy of an interior he bought from Don, opened his 13th bar in the Havana Hilton. "His lucky 13th bar brought him back to where spiritually tiki had all begun," says Jared.

Despite the absence of American bartenders, American tourism to Cuba continued to increase month by month during the next two decades - a fact that would later inspire the American mafia to control its resorts and casinos.

Thanks to Jared Brown and Anistatia Miller who have documented Cuba's Golden Age of Cocktails in their book,Cuban Cocktails. 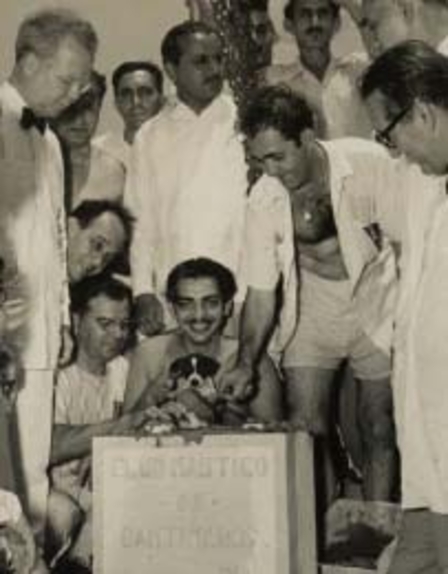 ... comment(s) for The American bartender invasion of 1920s Cuba