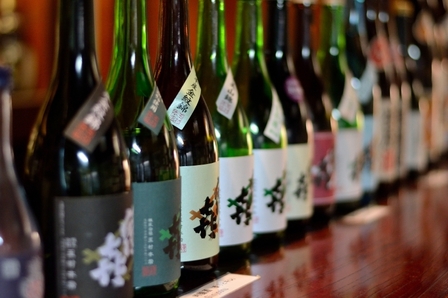 Translating as ‘fiery liquor’, Shochu, which can also be spelt Soju, is the traditional schnapps-type spirit of Japan (24 - 25% alc./vol.). It is distilled from a number of different materials and is thought to have originated in the 15th century on Okinawa in the Ryukyu Islands (at that time not part of Japan).

The main production area is in Kagoshima prefecture on Kyushu island, the southernmost island of the main Japanese archipelago. Shochu from this island is called 'awamori' or 'millet brandy'. Kagoshima is the only prefecture in Japan that does not produce sake or any other type of alcohol other than Shochu.

Otsurui is made in pot stills from barley, rye, buckwheat, sweet potatos, rice, corn and sugar. Otsu tends to be full-flavoured with the character of the raw ingredients from which it is made evident on the palate.

'Korui', the second type of shochu, is made in continuous stills from molasses and is vodka-like with a neutral taste. Both types use malted rice for fermentation.

Imo-Jochu is distilled from sweet potatoes within days of being harvested. Unlike other types of shochu which can be produced all year round, imo-jochu can only be produced between August and November. After distillation, imo jochu is matured for a few months before being released.

Shinshu (new shochu) is traditionally sold in November to celebrate that shochu season.

Shochu is traditionally drunk on its own or with water, either served hot or cold. A fifty-fifty mix of shochu and water is known as 'Gogowari'. 'Chu-Hai' is an abbreviation of 'shocha highball' and is a mix of shochu, soda water and flavoured syrup served over ice with a slice of lime.