Andy Kerr: a bar is a business 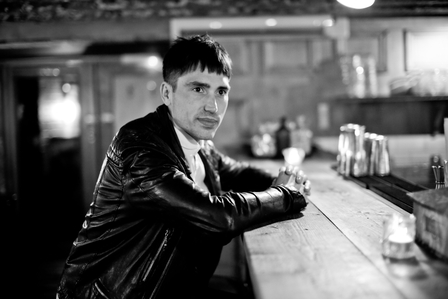 Discount Suit Company is a name on everyone's lips. The subterranean venue near Liverpool Street has hit the ultimate balance between being chic, cool and yet unpretentious and relaxed. And what of the man who launched it? He’s seemingly come out of nowhere. Yet Andrew Kerr has been biding his time, waiting in the wings and learning how to run a successful business.

It hasn't all been smooth sailing, and there's plenty of tough times ahead as Andy and his team attempt to unroll further venues. But their concept is simplicity and, when nestled into the corner at Discount Suit Company, sipping on a forgotten classic cocktail and working your way through a cheese board, nothing could seem more refined than the class act of a simple bar, with simple drinks. Bringing it back to basics has never tasted so good.

The road to success

Andy didn't have the typical journey to opening a great cocktail bar. He hasn't trained with the great and good of the industry and his CV isn't littered with famous industry bars. Instead he quickly accepted the reality that a bar is a business and it was this that he needed training in.

His style is simple and honest, if someone asks for a cocktail he's forgotten the recipe for he'll simply ask the customer what's in it. He's happy with the title bartender and it's easy to see from his wide set smile that he'd be a relatively easy, straight forward person to deal with.

Starting out life as a fulltime bartender in Liverpool's Living Room, Andy stayed with the company for six years, starting out as a bar back and ending his time there as training manager, based in London. 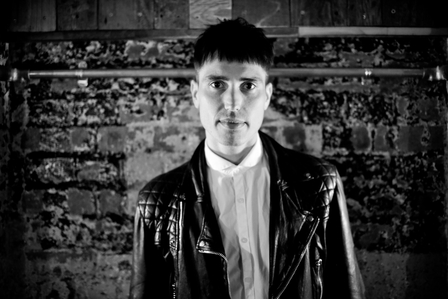 "At the time Living Room was quite high end and it was entirely focused on training up its bartenders. I still use that training every day," says Andy.

Post-shift at Living Room Andy would sit down with his friend Alastair, as many bartenders do each night across the world, and talk about wanting to open a bar. The only crucial bit missing for them, and everyone else, was the money.

"I always wanted my own bar, but I took a different path for opening it. I understood that running a bar is a business, that it wouldn't be all about the cocktails. I didn't know anything about the managerial side of the industry and stepping into a 400 cover restaurant after leaving Living Room was a quick and steep learning curve. My first day, standing in front of customers without that wooden divider, I was really nervous."

From a huge restaurant Andy left to open up All Star Lanes on Brick Lane. "It was a big move, I was part of the opening management team and had never opened a venue before." The hard work paid off thought and after his stint there Andy joined a struggling Blues Kitchen right after it had launched with the end goal to turn the venue around.

"They weren't getting the product quite right but we managed to change that quite quickly. When I started they had a measly eight bottles of bourbon and were taking 20 grand a week. After three and half years as General Manager, which was my first time in that role, the venue took 100 grand per week and is famed for its immense American whiskey collection."

By now Andy had the management side of the industry down pat. Having stayed in contact with his friend Alastair Tatton all that time, they still wanted their own bar. Except this time they had the money.

A multitude of problems

Andy left the Blues Kitchen in November 2013. At that stage the team, who also includes Stephen Thompson, finally had their venue. But the Wentworth Street site was not the first they'd stumbled upon. Management they might be skilled in, lawyering not quite so much.

"The process to getting Discount Suit Company took a really long time, we nearly signed the lease on three different venues. I'm glad it didn't work out because it wouldn't have been right. When we got Discount we had all the lawyers."

But getting the site was only half the challenge. Andy and his team walked into a pitch black basement which had serious issues. Not many people realise but the space had been a rather unsuccessful bar beforehand. What they took over, however, was a damp-riddled nightmare.

"We had to strip everything back, I did the rafters with a blunt chisel holding my phone as a torch and kept on thinking what have I done, what have I given up, I've ruined my career."

It's hard to imagine the smiling, easy-going Andy throwing a temper tantrum but that's what he says happened, on more than one occasion. Three weeks of stripping the place out and the concept started to come together. On the walls sixty years of paint, all different colours and layer, had to be taken off and finally they were left with a stunning empty core.

"It was organic and once we stripped all the rubbish away we thought, this looks great. None of us went in wanting the industrial look but thought the raw wood looked great. There was a real sense of achievement in setting it up."

Once the dramas of building the bar were over they had to launch. Andy's plan was the flyer people in the street to spread the word but in a last minute change they brought on board a PR company and before the team could blink they had a bar full of customers and success story they never imagined.

"What we wanted was just a classic cocktail bar which cheese, a neighbourhood-style venue. I didn't expect interest, but it was good to have this doubt. If I would have expected it I think we'd have failed. My friend JJ Goodman said to me 'how is this going to fail?' but but I didn't see it like that, I kept thinking this is not good enough. I was paranoid it wasn't up to scratch." 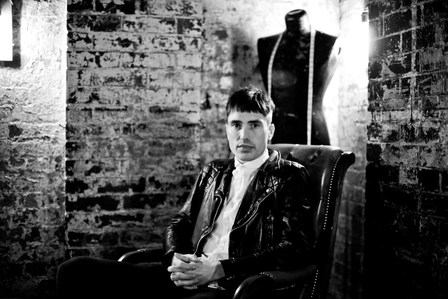 Stepping in to The Sun

Discount Suit Company was never intended to be Andy's only venue. The team are actually under a parent company, fittingly called The Umbrella Project, and from there have a line of bars they want to open, with different themes but all under the concept of simplicity.

The next is to be a small pub, although with a bigger capacity than Discount Suit Company. The Sun Tavern is set to open in late spring as a fusion of craft beers and cocktails. Andy's vision is to have the beer pumps on the back bar with eight to ten local beers that will rotate and a list of simple cocktails.

"There will be a third bar by the end of the year, all different concepts with the same idea, simplicity with passionate people behind the bar."

Is he happy with Discount now? "Looking now I can see we've nailed it to how we wanted it to be. It's a refreshing change coming from high volume bars. It's relaxed bartending and on busy nights its this strange place full of bankers having a party with hipsters."

At the moment Andy's days are filled with emails and meetings, kicking off from 9am, then visiting the growing project at The Sun Tavern and onto the Discount Suit Company for the evenings.

"I find it very difficult to not to be at Discount but I'll still be pulling a few shifts there to keep my hand in. Otherwise you don't understand your own venue, if the toilets keep getting blocked every night it affects the moral of the team so you need to be on top of these things.

What advice would Andy give to a bartender looking to open their own bar? "Don't do it."

"Seriously don't do it. I went in blind but if you are going to do it, know everything. Your business is a business not just an extension of your personality."

Advice from his friends was the opposite at the time though. JJ told Andy to just do it and to not think too much about the concept, it will come further down the line.

"Discount without its name is just another basement site. It took the original history of the place with the tailor to find our concept."

He's learnt plenty of lessons along the way as well, which he'll carry onto to new sites. "You need to move quickly and don't try to save money - if a fridge is going to cost £500 just pay for it, the one for £250 will break. Just spend the money, it's how much it costs. We spent two weeks looking for different electrician prices and it could have been done by the time we realised we'd have the pay the price originally quoted. Lastly get a good ice machine because otherwise you'll be calling Eskimo Ice at 9pm and you don't want to be doing that."

Andy truly represents a new mode of bartenders coming through, those who respect the industry as a business, who know opening a bar in east London isn't easy, the process is long and complicated and just saying that one day you want to open a bar isn't the same as working towards it, day in day out. His easy smile might convince you it was a walk in the park but with each venue he plans to launch comes another month-long headache with lawyers and landlords. Think opening a bar is easy? Think again.

Luckily for us people like Andy still do it anyway, and we love what he's done so far. 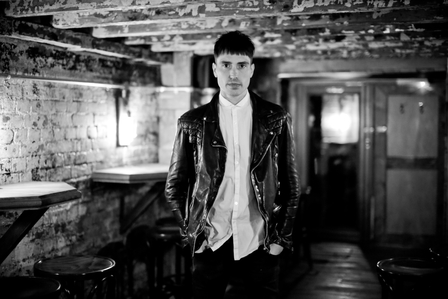 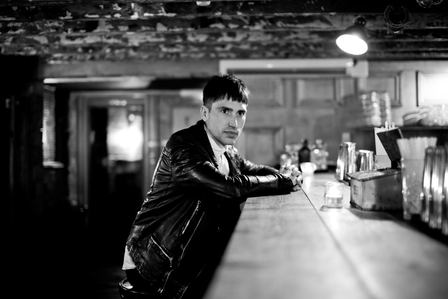