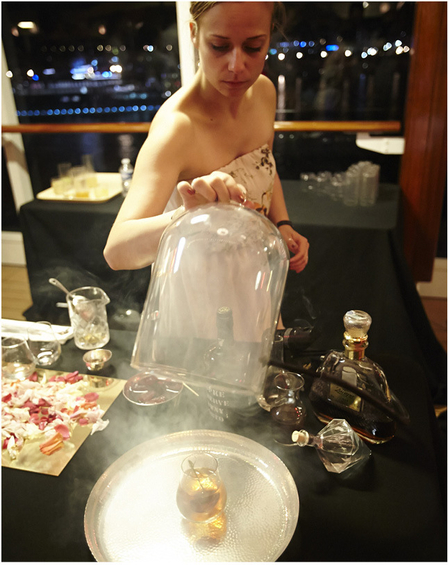 Before the final two challenges of World Class, there was a second elimination round based on the last 16's performance in the Kings of Flavour and Tapas Table challenges.

This time, instead of the poolside public elimination under the gaze of hundreds of people, judges Dale DeGroff and Spike Marchant met each of the 16 from the last round in pairs on the Sunset Bar at the back of the ship to break good news to one bartender and let the other one know they would not progressing.

Before they learned their fate, all 16 competitors faced the agonising task of preparing for the Punch & Glass challenge - for half of them, it would be a drink they would never get to serve.

The final eight were revealed as:

These eight next served flowing bowls of punch to all ten gurus, who walked between competitors stationed at tables on the pool deck of the Azamara Journey. Clever flourishes included liquid gold that shimmered in the drink as it swirled, and rye bread-infused Zacapa rum, while signature serves included a blowtorched chocolate egg and hay-smoked coffee with Don Julio reposado.

His signature serve comprised Ketel One vodka, Aperol-flavoured strawberries, sugar syrup, kumquat and grapefruit juice, egg white and orange bitters. it was served in a wine glass with a dried strawberry, mint leaf and a lemon twist.

Other competitors listed in alphabetical order by country

Guatemalan Chocolate Orange (signature serve)
Glass:
Garnish: Popping candy and freeze-dried Mandarin
Method: Lightly blow-torch the surface of a hollow chocolate egg and then sprinkle gold flakes on to it. Stir liquid ingredients over ice and pour into the egg and then float a layer of white chocolate and Benedictine foam on top of the liquid.
40ml Zacapa 23 rum
10ml Grand Marnier
2 dashes Black walnut bitters

Tuesday morning's Cocktails Against the Clock challenge was wild, loud, and charged with energy. At the back of the ship in the Sunset Bar, the eight finalists were required to make up to eight drinks in just ten minutes while all ten judges scrutinized their work.

Most bartenders cranked out some classically-inspired cocktails and other original creations, and many took huge chances with their selections. This included egg white drinks requiring two rounds in the shaker; cocktails designed to match the preferences of each judge; and drinks designed to embody each of the challenges of World Class.

Despite the urgency of the situation, many bartenders used jiggers to ensure unimpeachable accuracy of their measures, while others trusted their free-pouring ability to save crucial seconds. And the speed test saw no end to the creativity that characterised other rounds: there were atomised flourishes, fancy garnishes and even dry shakes against the clock.

There were some near-disastrous mishaps in the challenge though, with a Laura Schacht of Switzerland dropping her shaker (miraculously it held together) and forgotten drink ingredients, plus a pack of rogue bees that tried to sneak into the mixing glasses.

Astoundingly, five bartenders all completed eight cocktails within the allotted time, with Monica Berg of Norway finishing so early she counted her drinks twice just to be sure.

Cocktails Against the Clock was one of the most thrilling of all the challenges seen at WORLD CLASS, and a perfect one to end a grueling and glorious week watching the best bartenders in the world do what they do best.

Jeff made eight drinks in ten minutes in a flawless performance characterised with drinks tailored to specific judges and brilliantly unscripted banter. His drinks included a White Lady for Hidetsugu Ueno, an Aperol/cucumber drink for Telis, a Mint Julep for Julie Reiner, a tequila drink for Steve Olson, a Negroni-reminiscent variation for Peter Dorelli, a very cold Martini for Salvatore Calabrese, a drink with crème de banana for gaz regan, and a frothy drink for Arturo Savage.

Other competitors listed in alphabetical order by country

Luke made cocktails including a Negroni, Red Hook, Elderflower Mojito, Primavera, Tombola (with a dry shake) and Bandito Junior.

Tsuyoshi completed six cocktails, including a Negroni-style cocktail and a Gin & Whisky Sour.

Jason trusted in his free-pouring abilities with eight drinks representing cocktails made during each challenge of the competition, including Zegroni, an Aviation variation, Silk & Saffron, Spiced Whisky Mule, Vodka Martini, Knickerbocker, and Tequila Old Fashioned.

Monica finished eight drinks including Improved Whisky Cocktail with Talisker, Pink Gin, Rosita, Tropical Thing Sling, Master Cleanse, a Coffee Cocktail variation, Batanga, and Moscow Mule. She started with an old joke "Eight judges walk into a bar. How many of them get a drink? Answer: We'll see."

Mario completed six cocktails, including a Caipiroska with muddled grapes, a Sidecar, a Last Word, and a Citroen Negroni. 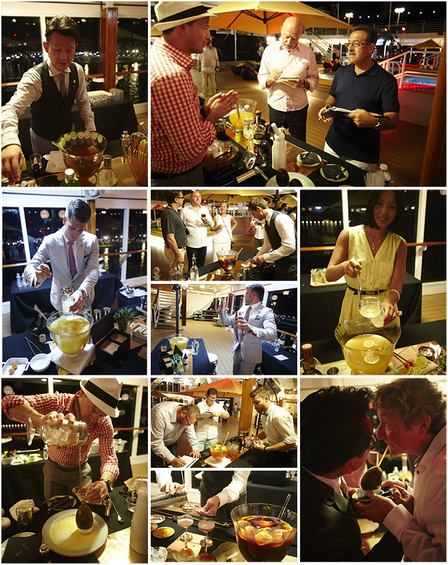 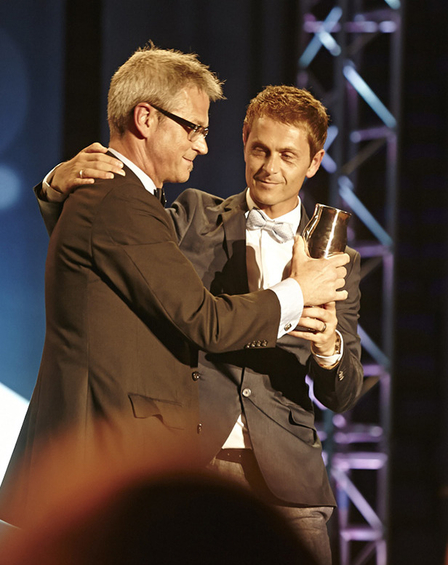