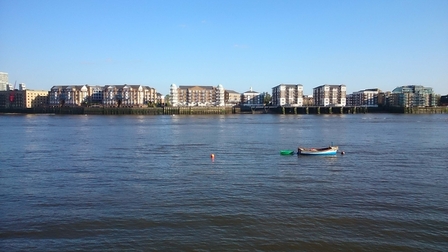 London is blessed with the Thames, Europe’s cleanest major river, which meanders its way through the city with The Thames Path Walk following its course on both sides from Hampton Court Palace to the East India Dock on the north bank and Greenwich on the south bank. Along the way the walker is rewarded with fantastic views and some of London’s oldest pubs, many of which back onto the river.

Tower Bridge to Canary Wharf and back

The following dozen pubs and bars are stretched out along the south and north banks of the Thames between Tower Bridge and Canary Wharf. Thanks to the ability to cross the river using the ferry linking Hilton Docklands Pier to Canary Wharf Pier you can walk downriver on the south bank, cross and walk back to Tower Bridge along the north bank, along the way stopping for food and drinks.

The round trip is a good six mile walk and is best tackled by setting off at lunch time with the intention of arriving back where you started mid to late evening. Obviously taxis and public transport can be used to cut the walk short at any time, including at the halfway point at Canary Wharf where you can take a Thames Clipper back up the river to Tower Millennium Pier, close to Tower Bridge.

The first two pubs are practically next door to each other on the southern approach to Tower Bridge so allowing latecomers to easily catch up with a group at the second venue. For the sake of promoting responsible drinking we should add that we're not suggesting you have a pint, or even half a pint at every place listed.

Take the staircase immediately in front of the bridge down to The Thames Path Walk and follow the river east towards Greenwich.

We recommend walking past The Old Salt Key (at 163 Rotherhithe St, SE16 5QU). Incidentally the round building opposite, across the inlet, is the southern ventilation shaft of the Rotherhithe Tunnel. You can see also the northern vent by the park on the opposite bank of the river.

Take the ferry to Canary Wharf which runs from the Hilton Docklands (at 265 Rotherhithe Street).For information and timetable see thamesclippers.com

The Gun
The site of a public house for over 250 years, The Gun's rear terrace looks across the Thames to the Millennium Dome on the opposite bank. While the Gun boats river views and is only a 15 minute walk from Canary Wharf, its Isle of Dogs location feels isolated but that doesn't stop foodies making the pilgrimage to this quaint gastro pub. 4/5
27 Coldharbour, Blackwall, Isle of Dogs, E14 9NS 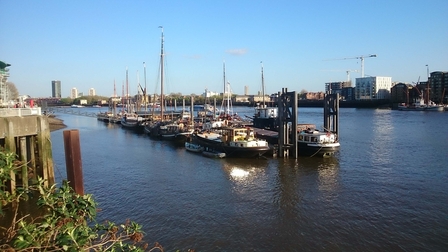 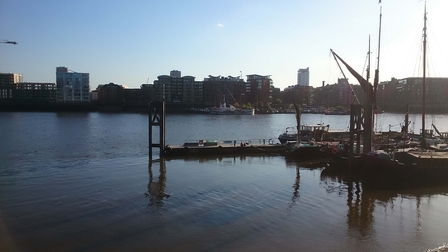 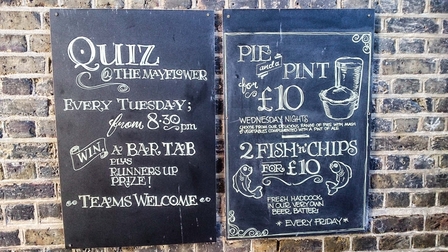 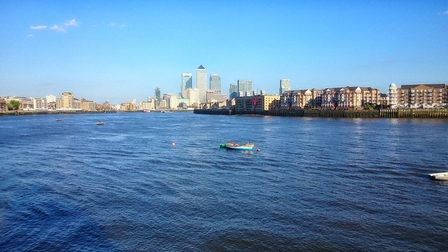 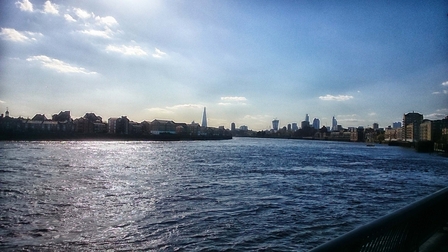