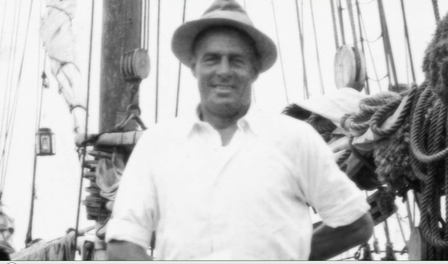 From humble boat builder to the figurehead of defiance during Prohibition, William McCoy was the original rum runner; a man who fuelled the roaring twenties and would sail the famous rum row supplying liquor to the thirsty and parched of the east coast, from the southern tip of Florida to the northern most port in Maine.

There's a good chance the expression the real McCoy sounds familiar to most people. The fact a man's name has come to mean 'the real thing' or 'the genuine article' in most parts of the English-speaking world demonstrates just how well respected William 'Bill' McCoy was.

But for the spirit world he was more than a glamourised crook. It was the genuine rum runners who refused to dilute or tamper with the spirits they smuggled that meant the drinks in speakeasies across New York City not only tasted great but where safe. 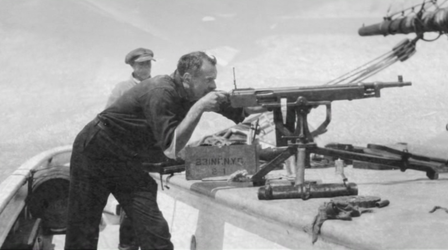 So who was Bill McCoy? Far from the cunning or shrewd gangster you would expect of an illegal rum runner, Bill was a fairly straightforward man who seemed to live his life by a strict moral code. In fact he was a teetotaler who didn't touch a drop of the spirits he sailed into America, and as such over the years has been romanticised as an honest man at a time when the government had gone to bed with the Temperance Movement, the Anti-Saloon League and the KKK.

Bill started his criminal career as a somewhat unsuspecting boat builder. Born in 1877, he came from a family of stone masons but chose instead a life at sea and enrolled at the Pennsylvania Nautical School, training on board the USS Saratoga crossing the Atlantic. Despite having a reputation as a bit of a Jack the Lad, he graduated top of his class and moved home to Florida where he and his brother started a business designing and building boats. 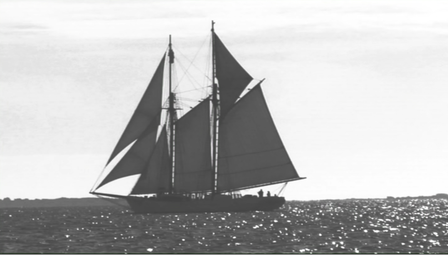 In 1919, aged 42, and by then having earned a reputation for being a skilled boat builder, William married a 20 year old Maude Clark. However, by the time the 18th amendment had come into force on January 16th 1920, enforcing Prohibition, things had taken a turn for the worse. Maude had left him after six months of marriage, both his parents were dead and the increasing slump in the economy meant the demand for yacht building was rapidly declining.

All of this brings Bill to a chance meeting with a man who was already shifting liquor up the coast. Bill realised there was a money making opportunity to be had and, despite being a teetotaler himself, disagreed with enforcing Prohibition. Managing to convince his brother Ben was a little more difficult but eventually they agreed and Bill travelled to Gloucester, Massachusetts with $20,000 to purchase a boat. He chose a fishing schooner, the Henry L. Marshall.

During the five months it took to refit the Henry L. Marshall Bill had his heart stolen by another boat, the elegant and majestic 114 ft, 60 tonne Arethusa but was unable to afford her. He vowed to return and buy her after making his fortune rum running.

Bill headed to Nassau in the Bahamas, which at the time was part of Great Britain and therefore a legal base from which to operate. Here he paid the harbour master to register Henry L. Marshall as a British vessel, duplicating its transport papers, and meaning that if he stayed at least three miles off the coast of the US he would never be breaking the law, merely transporting goods from one legal destination to another. 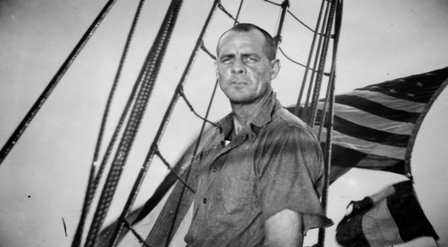 His first job was a shipment of 500 cases of rye to Georgia. When hovering off the coast to pass the alcohol, Bill had chartered inside US waters and thought he spotted a coastguard boat. The fear was enough to ensure Bill never again took the risk of straying inside that three mile radius and for the next few years he would always use what was known as the contact boats, small row boats, to transport the booze to shore.

During this time the coastguard was woefully unprepared for Prohibition. They still had their duties of protecting the borders and acting as life guards compounded with restricted budgets thanks to the loss of alcohol revenue for the government.

From Bill's first trip he took an incredible $15,000 profit, more than he would have earned in five years as a boat builder. He went back to Nassau, borrowed more money from his gangster clients and went to buy Arethusa. He ended up renaming her Tomoka but many say Bill always thought of her as he originally saw her, as Arethusa.

Imitators and the coastguard

The original coastguard that existed when Prohibition was first enforced had largely been replaced by a more serious and dedicated task force within the first year. In central government a severe woman by the name of Mabel Walker Willebrandt had been appointed Assistant Attorney General and had fired 700 of her own inspectors to replace them with a new generation of diligent young men who believed in Prohibition and weren't prepared to turn a blind eye to the sale of counterfeit alcohol. 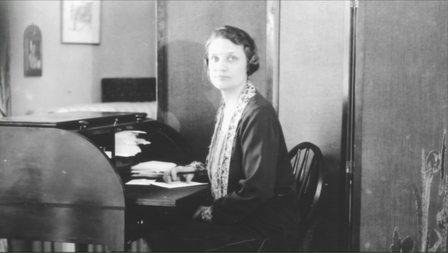 It wasn't too long before William McCoy became Mabel Willebrandt's number one enemy in her fight for a booze-free America.

While this fight may have concerned politicians the real battle was being carried out on the water. The smugglers along rum row, now stretching the entire east coast, were quick to update their motors to outrun the coastguards and it quickly became a war of technology with constant updates. Contact boats would be built with false bottoms to hide the booze and were frequent visitors to the docks, looking for ways to beat the authorities.

While there were many boats smuggling alcohol, creating an alternative, hedonistic floating world off the coast, none were as consistent or trusted as Bill. Because he refused to tamper with his alcohol clients had to pay top dollar, but it was always worth it. The media began to cast him in a positive light while the inefficient pursuers looked like comedy policeman, never quite capturing their man.

By 1923 William McCoy was something akin to public enemy number one, if such a concept had have existed then. Money was being poured into the coastguard to strengthen and eventually double its numbers. They were also provided with guns and had started shooting warning signals at boats, sometimes killing the smugglers.

A federal agent Pete Sullivan was sent undercover to capture Bill but was identified as an agent by the community of bootleggers surrounding Bill. When they wanted to have him killed it was Bill who stopped them, saying he lived by a strict moral code and killing was not part of it. He was not a violent man. This kind act would later have huge beneficial repercussions.

Shortly after this the Captain of Henry L. Marshall had gone ashore in New York for a tipple one night and ended up drunkenly bragging to an undercover agent about his rum smuggling ways. The confession of sorts was enough for the federal government to enter international waters and arrest the Captain for having exchanges with the contact boats, thus having violated US law.

An arrest was put out for both the McCoy brothers but it was Bill who was the primary target. He hired lawyers to fight for the Henry L. Marshall, and then decided to skip town for a while. Travelling north to Nova Scotia the boat was turned away thanks to a new deal between Canada and the US. Bill made it to the French island of Saint Pierre, off the coast of Saint Pierre and Miquelon. It was here Bill decided this could act as the northern most point of the rum row. From Saint Pierre Bill had better access to Scotch and gin from Europe and he still had his rum and bourbons in Nassau.

However this was a short-lived project for Bill. In August 1923 the coastguard spotted Tomoka off the coast and sent an undercover small boat to approach the ship. Bill always maintained he thought they were hijackers and fired guns at them. The coastguard maintained he knew who they were. This incident incited rage in Mabel Willebrandt and she demanded he be arrested at any cost. 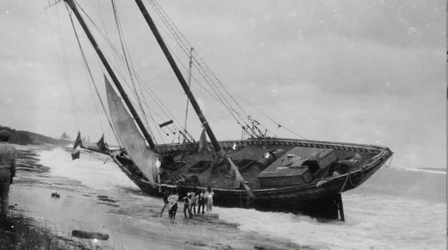 On November 23, 1923, the U.S. Coast Guard Cutter Seneca charted into international waters to arrest Bill. Despite the fact Bill was flying the British flag and outside the three mile radius of the United States, the American government had done a recent deal with Britain meaning they could arrest him whether he was three miles away or twelve. There was no way out and a row boat was dispatched with the second in command to take Tomoka and Bill McCoy with it.

Jail and the end of Prohibition

For Bill the rum running was over. He was sentenced to nine months in prison, having negotiated for the government to drop all charges against his brother Ben. While waiting for trial federal agent Pete Sullivan had come to visit and pay back his debt, introducing Bill to everyone from Mable to senators and judges, allowing him his opportunity for negotiation.

Life wasn't hard for Bill in prison, in fact he had to move jails when the press spotted him out at a boxing fight with his warden. On Christmas day, 1924, Bill was a free man again.

He returned to Florida and his boat building business with Ben, and neither seemed tempted to stray back into smuggling. Prohibition would last for another nine years and during that time many would chart the famous rum row but none so efficiently, and reliably, as the real McCoy. 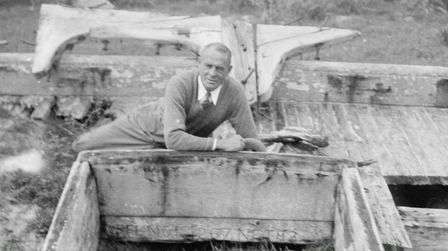