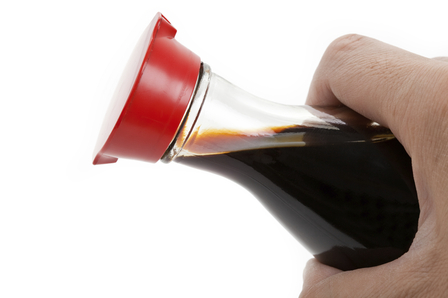 Umami is a Japanese word that was coined in 1908 by a chemist at Tokyo University called Dr. Kikunae Ikeda. It roughly translates as yummy deliciousness or a pleasant savoury taste.

Ikeda was convinced that a particular taste found in dashi, a rich kelp stock used in Japanese cooking, was outside of the four primary tastes, those being bitter, sweet, salt and sour. It became apparent that it wasn't just Japanese food that held this taste, although it is certainly found in greater quantities there. Foods such as asparagus, tomatoes, cheese and meat all have umami.

While it took some time for Ikeda to convince the world that a fifth taste had been present all along, umami is now widely accepted in both scientific and cullinary spheres. Ikeda was even able to pinpoint the root of the taste to glutamate, an amino acid. From this he was able to reproduce it and then patent the famous flavour enhancer, MSG.

Food such as broths or soups, particularly those which have been slow-cooked, will naturally have a lot of umami. Raw meat doesn't but cured meat is one of the richest umami flavours in western cuisine, topped only by parmesan.

As Paul Breslin, from Monell University, points out, fermentation frees the umami which explains the deliciousness of soy sauce. Interestingly human breast milk is one of the highest MSG-containing mammalian milks, so perhaps we all start life addicted to umami.

Greater than the sum of its parts

As chefs have started to understand umami better they have discovered a powerful mathematical equation. As Laura Santtini, creator of the umami condiment Taste No 5 Umami Paste, told The Guardian when it comes to savoury, "1+1=8".

How does this equate? In basic terms, as previously mentioned, we taste umami from glutamates but we also get umami in a group of chemicals called ribonucleotides, which occur naturally in many foods. When ingredients containing these different umami-giving compounds are combined they enhance one another. Think spaghetti bolognese with grated cheese on top. Tomato, beef and cheese, all rich in umami, combine to create a simple yet universally delicious dish, greater than the sum of its parts.

This synergy of umami is also found outside Italian meals, of course, in Japan they make dashi with kombu seaweed and dried bonito flakes whereas the Chinese add Chinese leek and Chinese cabbage to chicken soup, all simple but moreish meals.

It is also thought that, just as we crave sweetness because it signals sugar and, therefore, calories and energy, and we have an aversion bitterness as it suggests potential toxins, there is a reason we crave umami and the reason is that it's a marker of protein.

Its place in drinks

When the western world was first exposed to umami in the form of sake it was thought that this was the only spirit to contain that fifth element. However, it's now recognised that some tequilas and mezcals are characterised by umami.

Yet, even if spirits don't give that discernable umami taste, cocktails can still achieve the flavour from a range of umami-rich ingredients, more so now than ever as bartenders step into the kitchen and use fresh culinary ingredients.

The Blood Mary is, of course, the classic umami drink which we have been enjoying for decades. The humble red tomato originated in South America, and today is one of the most widely produced fruit or vegetables on the planet with its umami taste appreciated all over the world. If you think of the other ingredients which are often used in aBloody Mary, such as Worcestershire sauce, made from tomatoes and other vegetables, they too have a base in umami flavours.

At Umami Burger in Hollywood, California, the bar staff are known for grinding up umami rich foods to create a natural, house-made MSG which can be added to drinks for an extra umami kick. Still across the pond, cocktails have been made with an oyster-infused neutral grain spirit and a sweet potato infusion. Then there are everyday ingredients such as marmite, used by Kenichi Kakuta last year at Chrysan, in the City of London, for his Himitsu cocktail.

Chatting with a chef about the intriguing 'fifth element' of taste, he first started to use vegetables to create an umami cocktail, but when that failed he turned to Vegemite, the Aussie version and rival to Marmite, which is essentially vegetable extract, and then to Marmite itself. Whilst trying not to fall into the age-old argument of which product is better, Marmite carries slightly more flavour than its antipodean relative. "In Japanese cooking we use carrot, seaweed and mushroom but these can't really be used in cocktails," says Kenichi. "With Marmite there was far more to play with."

The key to its use in this drink is that it is not in its base form, crudely slathered around the rim of the glass, say, but is shaken as part of the ingredient list. It doesn't 'shout' Marmite so much as suggest its inclusion through texture, a creamy mouthfeel and the subtle whisper of Marmite at the very end of the finish. The key is creating an intrigue around the drink, not saying it's a Marmite-flavoured drink through and through.

In the end it comes down Marmite's catch phrase - love it or hate it - but such is the curiosity it piques, even doubters are willing to give it a go.

Umami might not jump up and smack us the way the other four elements of taste do. Bitterness, sugar, salty or sourness really grab our attention. Umami is a little more complex, and thus deserves some dedicated time and careful thought from mixologists. As Dr. Kikunae Ikeda said to the Eighth International Congress of Applied Chemistry in Washington in 1912: "Those who pay careful attention to their tastebuds will discover in the complex flavour of asparagus, tomatoes, cheese and meat, a common and yet absolutely singular taste which cannot be called sweet, or sour, or salty, or bitter..."