Artesian at The Langham versus The Dead Rabbit

Forget World Class, Bacardi Legacy or even the World Cup, this was the competition we were all waiting for. Last month Martini & Rossi brought two cocktail Titans head-to-head to compete for the title of World Cocktail Bar Champion.

You've heard of the legendary "Rumble in the Jungle", well this contest between London's Artesian at The Langham and New York's The Dead Rabbit Grocery and Grog brought together equally impressive adversaries. The Artesian Bar was christened World's Best Bar in both 2012 and 2013, while The Dead Rabbit boasts Tales of the Cocktail awards for 'World's Best New Cocktail Bar 2013' and 'World's Best Cocktail Menu 2013'. 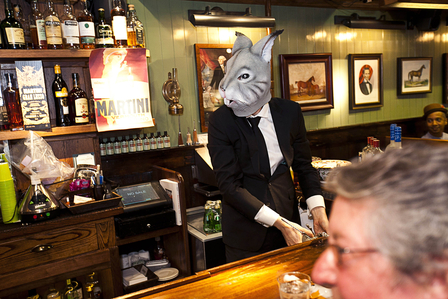 Even the M.C. for the showdown, the irrepressible Jacob Briars, was winner of 'Best International Brand Ambassador' at Tales last year.

It was a competition where there was no question over the comparative bartending skill levels - both teams being about as good as they get. So both teams obviously decided the points that would make them winners would be earned from judging criteria such as presentation, entertainment and originality. Hence, Japanese barware was surprisingly not as evident as firecrackers, rubber animal heads, cabaret outfits, bare chests (sadly we can't elaborate) and inflatable children's toys. Held over three rounds the result was the most entertaining bartending competition I have ever seen and am unlikely to witness again. (Although there is talk of a rematch).

Both bars were challenged to make a punch inspired by Jerry P Thomas' famous vermouth cocktail to serve 60 people. The boys from the Artesian mixed up a 'Bugs Bunny Waiting to Become Dead Rabbit' while the home team made a 'Bunny Punch'.

One bartender from each team was challenged to make some of the most iconic Martini vermouth cocktails against the clock. These included the Americano, Negroni Sbagliato, Bobby Burns, Tipperary and Floridita #3.

The contenders were challenged to create an aperitif judged on its originality, taste, refreshment, presentation and creativity. 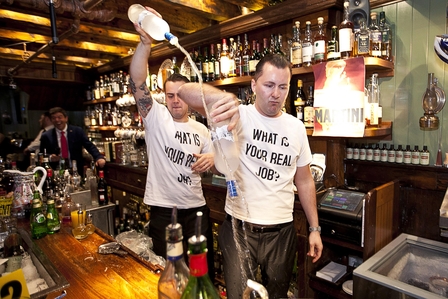 The task of judging this incredible (in so many ways) competition fell to Giuseppe Gallo (Martini Global Brand Ambassador), Jim Meehan (bartender, journalist and author of The PDT Cocktail Book) Gary 'gaz' Regan (raconteur, bartender, journalist and legend) and Simon Ford (Co‐founder of The 86 Co.) They narrowly awarded the title of World Cocktail Bar Champion to Artesian at The Langham. 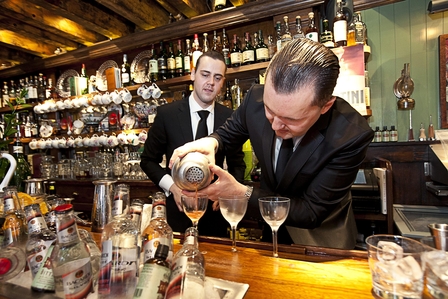 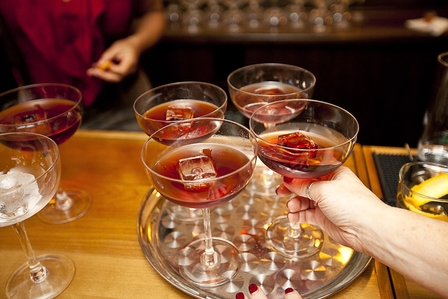 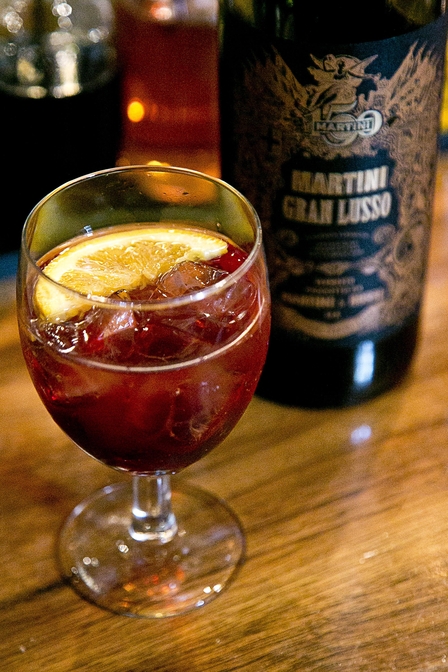 ... comment(s) for Artesian at The Langham versus The Dead Rabbit