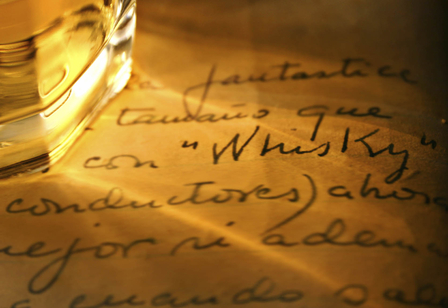 Despite the efforts of the good folk at Wikiquote, Snopes, Quote Investigator and the Straight Dope messageboards, dubious internet quotations continue to flourish. Folks publish said quotes in newspapers, magazines, books, on T-shirts and on websites. People believe them, and the circle of garbage continues.

Rest assured, we have used our best endeavours to verify the following whisk(e)y quotes.

1: "Giving money and power to government is like giving whiskey and car keys to teenage boys."

P.J. O'Rourke is that rare thing - a rightwing political satirist that liberals like and many rightwingers hate, thanks to morally improving essays such as How to Drive Fast on Drugs While Getting Your Wing-Wang Squeezed and Not Spill Your Drink. He wrote the line above in his hilarious attack on the political system in his native US, Parliament of Whores.

2: When asked for his hangover cure, "I take the juice of two bottles of whisky."

Ever heard of the jazz musician and club owner Eddie Condon (1905-1973)? No? Well, in his day, Condon was quite the wit, and in September, 1944, Life magazine published his hangover cure: "use the juice of two quarts of whiskey." Condon was clearly proud of his line, and repeated it often, in different variations.

It is only in the Google era that it becomes attributed to Dean Martin, one of Sinatra's Rat Pack and a well-known actor, comic and singer. Martin's own hangover cure? According to The New York Times, it was "stay drunk".

3: "It was a place of sin, loose women, whiskey and gambling. It was no place for a good Presbyterian, and I did not long remain one."

The writer and humorist Samuel Clemens, AKA Mark Twain, is so memetastic that there's an entire website, Twainquotes.com, devoted entirely to sourcing his quotes.

At least two American politicians were citing versions of this quote long before Google. The Democratic Senator Paul Simon thought it came from a letter - "Carson City is a terrible place. It is full of wild men, and loose women. There is drinking and gambling twenty-four hours a day. It is no place for a Presbyterian - and I therefore am one no longer."

Al Gore, however, attributed it to Twain's autobiography, and to Silver City: "There was gambling, drinking, cursing, gunshots. It was no place for a Presbyterian, and I did not long remain one."
Others think he said it in a lecture. Searching Mark Twain's autobiography and several thousand of his letters, as well as many of his other published writings, and, naturally, Twainquotes.com, for the words whiskey and/or Presbyterian and/or "loose women" pulls up a galaxy of entertaining - and entirely bona fide - quotes. But not this one.

That said, Twain published over 30 books and pamphlets, and several thousand newspaper and magazine articles. He also wrote in the region of 50,000 letters, most of which have yet to be found, laid down hundreds of thousands of words to be published whenever the world was ready, gave a ridiculous number of speeches and lectures, and was a famous conversationalist, so there's plenty more quotes where that one came from. Or didn't, of course.

4: "Uisce Beatha" is a compounded distilled spirit being drawn on aromatics, and the Irish sort is particularly distinguished for its pleasant and mild flavour."

The writer Samuel Johnson was, among other things, the man who wrote the first comprehensive English dictionary, a 2,300 page tome containing an epic 40,000 entries. It would go through a myriad editions, not all of which bothered to include the obscure word "usquebaugh".

In Johnson's original, 1755 dictionary he does indeed define whisky. He doesn't write "uisce beatha" but "usquebaugh", and he further explains that: "The Highland sort is somewhat hotter and, by corruption, in Scottish they call it whisky." By "being drawn on aromatics" he seems to mean "distilled with spices": James Boswell, his biographer, describes Johnson downing a gill (more than four pub singles) of the spicy nectar on a post-dictionary trip to Scotland. 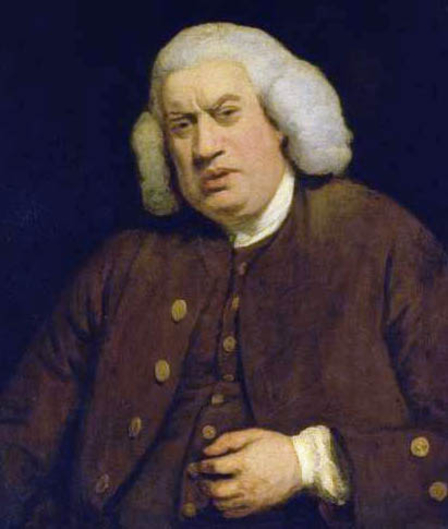 5: "Whenever someone asks me if I want water with my Scotch, I say, 'I'm thirsty, not dirty.'"

The American comic, film actor and singer Joe E. Lewis was a famous lover of Scotch, chugging it throughout his live shows. And we do mean famous. His autobiography, featuring a dramatic mutilation by the mafia, made him $400,000 (millions today), and became a movie starring none other than his friend Frank Sinatra. Alan King, a comedian who knew and admired Lewis, cited "I'm thirsty, not dirty" as one of Joe's many Scotch gags, in a book.

6: "Brother, be a brother, fill this tiny cup of mine. And please, sir, make it whiskey: I have no head for wine!"

A typically cheery, upbeat track from Australian alt-rock band Nick Cave and the Bad Seeds, here. Entitled Brother, My Cup is Empty, it appeared on their seventh album, Henry's Dream, in 1992, a gloomy, thrashing ode to alcoholism that's enough to drive anyone to drink.

7: "Anybody who hates dogs and loves whisky can't be all bad."

The veteran American comedian and actor W.C. Fields both delivered and thought up a lot of great lines - and this is certainly in character for him. Yet....

It is also very similar to this highly polished exposition by Fields: "The advantages of whiskey over dogs are legion. Whiskey does not need to be periodically wormed, it does not need to be fed, it never requires a special kennel, it has no toenails to be clipped or coat to be stripped. Whiskey sits quietly in its special nook until you want it. True, whiskey has a nasty habit of running out, but then so does a dog." But it's much less stylish than Fields' usual lines.

8: "Champagne's funny stuff. I'm used to whiskey. Whiskey is a slap on the back, and champagne's a heavy mist before my eyes."

James Stewart won an Oscar for his performance in 1940's The Philadelphia Story, in which he delivers these exact lines to Katharine Hepburn. 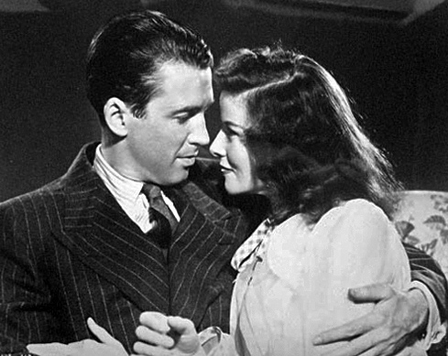 The law professor, judge and one-time state legislator Noah S. "Soggy" Sweat is remembered for one main achievement: a short speech he made in 1952, on whiskey prohibition. So deceptively balanced is it that it gave its name to a type of political double-talk, if-by-whiskey, and is still cited as a model of rhetorical style. Perhaps unsurprisingly, the devil's brew remained illegal in Mississippi until 1966.

Thanks to his extensive film, radio and stage career, W.C. Fields has a phenomenal back catalogue of one-liners. And, with its sardonic, alcoholic twist on the cliché that "when life hands you lemons, make lemonade", this sounds like the sort of thing Fields would say. Yet, the cliché didn't really become a cliché until Dale Carnegie published a smash-hit self-help book that included two variations on the phrase. That was in 1948, two years after Fields died, and we've been unable to find any pre-Google attributions to Fields.

11: On Sean Connery, "He taught me the difference between a good single malt whisky and a bad one."

The Welsh actress Catherine Zeta-Jones starred alongside Sean Connery in Entrapment, and, at a Clinton White House dinner to honour him, she did indeed explain: "He has taught me the difference between a good single malt whisky and a bad one, and he has taught me the best, dirtiest jokes I have ever heard in my life."

12: "Whisky making is an act of cooperation between the blessings of nature and the wisdom of man."

Masataka Taketsuru was the man who founded the Japanese whisky industry, travelling to Scotland in 1918 to learn the science and the art of the craft. He worked first with the company that became Suntory, then set up his own company, Nikka: the story of his life with his Scottish wife, Rita, will be televised in Japan later this year.

Taketsuru wrote an autobiography in Japanese, and reams of his papers are preserved in a museum, so it's possible that he used the line in one of these. It's also perfectly possible, given how crafted the line sounds, that someone in Nikka's marketing division thought it up. Any Japanese speakers want to help us out? 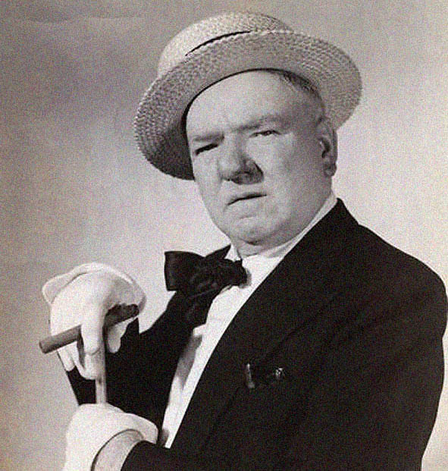 In June 1943, W.C. Fields moaned out loud in anguish in a Hollywood courtroom. "Terrible! Terrible! Do they accuse me of using that stuff?!" He was being sued for $20,000 by an amateur writer, Harry Yadkoe, who had sent him some gags about a snake for use in a film.

What survives of Yadkoe's submissions indicate they didn't contain anything remotely as crafted as this famous quote. But Fields' 1939 film You Can't Cheat an Honest Man did contain a running gag about a woman fainting at the mention of snakes, and Fields stealing her remedy. (Many Americans believed, for a surprisingly long time, that whiskey was a cure for snakebite.)

The late, great American blues artist John Lee Hooker absolutely owned the track One Bourbon, One Scotch, One Beer - but he didn't write it. That honour goes down to Rudy Toombs, who wrote it for Amos Milburn in the 1950s. And, in fact, these lyrics, adapted from the original, come from George "Bad to the Bone" Thorogood's 1977 take on the song.

16: "Never cry over spilt milk. It could've been whiskey."

Printed on T-shirts, on ecards, on tank tops, on memes, this saying seems to have shown up in at least one episode of the comedy Western TV series, Maverick, which ran during the late 50s and early 60s - and was remade as a feature film in 1994.

Bret Maverick (James Garner) had a fondness for quoting his father, Pappy's, homespun wisdom, such as "he who fights and runs away, can run away another day". We haven't watched the entire five series to find out where this quote comes in, but we have found this version of the line cited in the 70s: "Never cry over spilt milk; be thankful it wasn't whiskey". Any Maverick geeks out there want to help us track it down?

17: "It is all well and good for children and acid freaks to still believe in Santa Claus — but it is still a profoundly morbid day for us working professionals. It is unsettling to know that one out of every twenty people you meet on Xmas will be dead this time next year... Some people can accept this, and some can't. That is why God made whiskey, and also why Wild Turkey comes in $300 shaped canisters during most of the Christmas season."

This comes from a story called Fear & Loathing in Elko, which the late, great gonzo journalist and author Hunter S. Thompson wrote for Rolling Stone magazine in the 80s. It features an arguably imaginary motel with a sign specifying "ADULTS ONLY/NO ANIMALS", an insane judge, various hookers and inflatable dolls, and enough acid and bourbon to get a stadium high.

18: "My family was a bunch of drunks. When I was six I came up missing, they put my picture on a bottle of scotch."

The American comedian, actor and club owner, Rodney Dangerfield, was famous for his one-liners. In his autobiography, It's Not Easy Being Me: A Lifetime of No Respect But Plenty of Sex and Drugs, he observes, "I tell ya, my family were always big drinkers. When I was a kid, I went missing. They put my picture on a bottle of Scotch." Like most comics, he probably used different versions of the gag at different times.