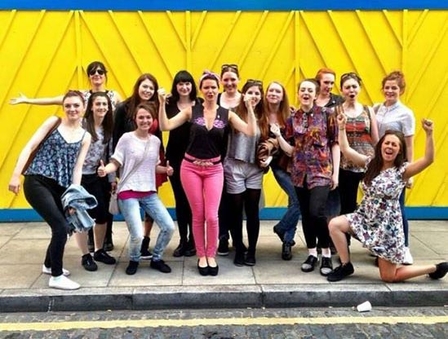 They were fast, they were fierce and they certainly meant business. Speed Rack UK saw 12 women take to the stage in an ultimate showdown of speed and mixology on June 23rd, and all in the name of charity.

From the male bar backs in pink tutus, to Stuart Hudson's flirty red dress, JJ Goodman casually colour matching his maroon hosting suit to the microphone cord and the endless Miami Vices doing the rounds thanks to Bacardi's Shervene Shahbazkhani and Metinee Kongsrivilai, Speed Rack certainly lived up to everything it promised to be, and so much more.

Emerging from the pack with a steely face of determination, finishing rounds before her opponents had even started to strain their drinks and producing some of the best cocktails of the night was the winner, Clotilde Lataille, bartender at Hawksmoor Spitafields in London.

"I feel awesome," Clotilde said, having been crowned as the winner, covered in champagne and showered in hugs. "The support was incredible, all throughout the day I received messages from family and friends wishing me well and on the evening the energy was amazing."

Starting with the first round, and in traditional knock-out competition style, the girls were matched in pairs against each other and had to produce four drinks each. A panel of judges, including Anistatia Miller, Jake Burger, Ali Dedianko and Sandrae Lawrence, gave adjudication on the cocktails and added penalties to the girls' time for mistakes. The group was whittled down to six, then four, and finally two, leaving Sophie Mackay and Clotilde Lataille to compete for the ultimate title.

"The competition was great, really impressive overall, and honestly, I think I only had one questionable drink all night," said Ali Dedianko. "In general each drink I was served was pretty tasty with a few balance and garnish issues here and there. It was so nice to be a part of all that girl power!"

Support poured in for the charity from brands, none so much as St Germain Elderflower liqueur, who took care of all the competitors, feed and watered them and made sure the out-of-towners had a place to rest their heads at the end of the night, not to mention provided delicious aperitif cocktails during the competition.

The final was a close competition as penalties were added up but Clotilde won by a comfortable enough margin, making her journey through the rounds look effortless and easy. "I was very well prepared and my objective was to stay calm, not be too messy and make great drinks. I wanted to give the impression that it was easy, and a performance that was smooth and beautiful to watch," said Clotilde. "When I knew what I was going to make, the drinks were easy to prepare. The hardest was the Whisky Sour with egg white simply because it was a speed competition but I did double shake it because I wanted a nice, smooth drink."

The raffle and t-shirt sale saw plenty of money being donated towards breast cancer research, including a record £700 for an evening with the Bacardi brand ambassadors. 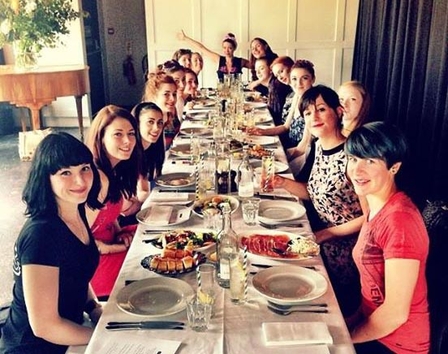