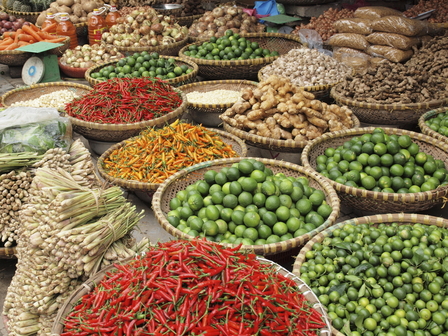 Colour and flavour. Two things logic tells us should be treated separately. And yet the colour of our food and drink does influence how it tastes in our mouths. That we eat (and drink) with our eyes is no myth.

We all know sight impacts how we feel about food and drink. Images of cuisines from around the world are thrown at us on a daily basis and the art of photographing this food has become just that; an art form. Advertisers go to incredible lengths to make a roast steam perfectly when carved on TV and getting a pint of beer to look refreshing and thirst-quenching as droplets of condensation run down the side of the glass.

Chefs and bartenders know now that consuming a product is about much more than how it tastes alone. Entering into the lexis of the hospitality world is the phrase 'multisensory sensation of flavour'. Basically we now understand that what we smell, hear, see and even touch, influences how we consume food and drink.

And when it comes to sight we can talk about the shape and size of the food or drink in front of us, but, as Gordon Shepherd says in Neurogastronomy "the most important property is colour."

Two cocktails are put down in front of you. One a vivid blue, the other an intense red. Before we even know the ingredients to these two cocktails, most of us will automatically have a pre-conception of how they will taste. The blue we naturally think will have a sweet raspberry flavour whereas the red will be artificial strawberry or cherry. When we see bright orange drinks we automatically assume there will be an element of orange there and so long as it's slightly citric and sweet our brain says, yes that is orange, even if it's simply sweetened water. Our brain will still hold on to those flavours it anticipated finding, despite our taste buds disagreeing. 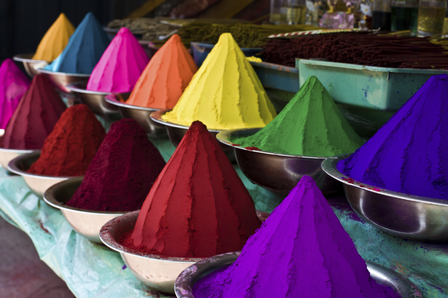 Countless studies have shown our brain associates colour with flavour. In 1972 at Brown University the theory was put to the test involving odour. Subjects in the study were given coloured and uncoloured odourless solutions but tended to say they could smell something in the coloured solution.

A similar experiment was done by food writer Stefan Gates at Reading University with a tin of peas. He gave students canned peas with and without food colouring and although the actual flavour compounds of the peas was identical, each and every student said the coloured peas tasted fresher. We innately think of green as being nutritious, crisp and fresh. And even if our mouths tell us the peas taste the same, our brain won't quite let go of what it has seen.

In a far more stomach-churning study subjects were given steak and chips in the dark and started to munch away quite happily. Until the lights were turned on. The steak had been coloured green and the chips were blue. The sight of this food caused some subjects to be physically ill even though they knew the food tasted fine.

In the drinks world these types of experiments have made plenty of wine experts look foolish. In 2010 Stefan Gates and food scientist Alice Pegg added red food colouring to a white wine, a Pinot Gris, to see if a group of wine tasters could spot their ruse. The result was a white wine that looked like a light red and it worked. Tasting notes from the group were all aspects of red wine, flavours such as blackcurrants, strawberries and jam were found. The correct flavour notes, but for the wrong colour wine. As one of the participants said "Working in the wine trade, the way we've been taught how to taste is the first thing you do is look at the colour".

Stefan Gates and Alice Pegg were merely replicating a very famous study done by Gil Morrot, Frédéric Brochet and Denis Dubourdieu in 2001 using vintage 1996 Bordeaux AOC wines. For this the 54 test subjects were allowed to compare a red and a white wine one week, and were given a list of terms which they could use to describe the wines. The following week they came back and were presented again with a glass of white wine and a glass of doctored white wine coloured red. Assuming they were merely reassessing the same wines for consistency they happily identified the white as red. 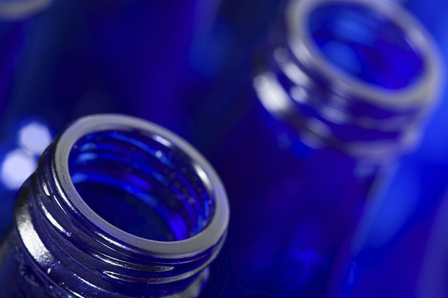 For regular wine and spirit tasters there are ways around this. Cobalt blue tasting glasses are one way. Used by olive oil tasters primarily, the blue prevents you from being influenced by colour.

But this information also leaves a lot of room for chefs and bartenders to be playful with their guests, change the way they think and feel about their dishes and cocktails and ultimately be aware that every element will determine the success or failure of a menu.

... comment(s) for How colour affects taste