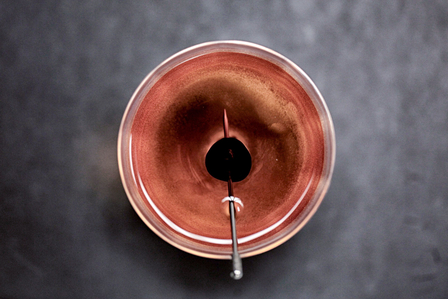 A sibling, or at least cousin, of the Martinez and the Martini, the Turf Club is, or could be, the first cocktail to combine gin and vermouth. It makes its first written appearance in George Winter's 1884 How To Mix Drinks–Bar-Keeper's Handbook as the "Turf Club" with later books most often merely titling the drink "Turf".

The name Turf Club refers to the gentlemen's clubs of the late 1800s - early 1900s which operated as a combined restaurant, bar, meeting place and gambling den for the gentleman of the day. Captains of industry and the aristocracy have always liked horse racing, and where folk gather to watch racing there is bound to be betting. Many a 'turf accountant' (bookmaker) frequented such clubs and many a Turf Cocktail was consumed.

One of the most famous of these gentlemens' clubs, The Turf Club, stood at the corner of Madison Avenue and 26th Street in New York City. The building, Jerome Mansion, had pedigree, being the former home of Lady Randolph Churchill, the American mother of Winston Churchill - a man I suspect would have appreciated a well-made Turf Club cocktail.

There are several versions of the Turf Club Cocktail - extracts from vintage cocktail books over the decades (in chronological order below) record how this drink evolved. 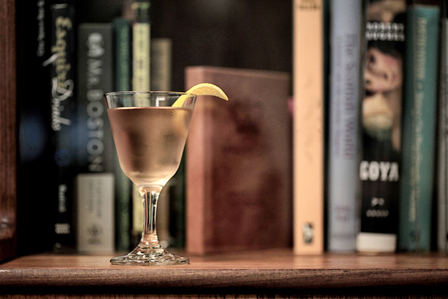 As mentioned above, the oldest mention of the Turf Club cocktail is in Winter's 1884 book.

How To Mix Drinks-Bar-Keeper's Handbook 1884

His recipe calls for "Peruvian Bitters" (Amargo Chuncho) which work well but, for ease of availavility, I've substituted aromatic bitters in my interpretation of his original Turf Club recipe. 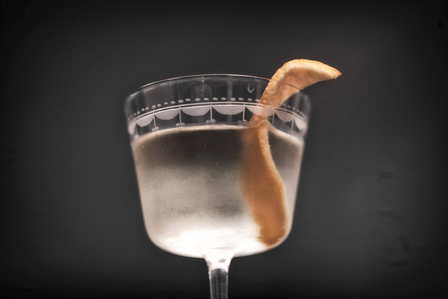 Harry Johnson, tellingly, doesn't list the Turf cocktail in the 1882 first edition, or the 1888 second edition of his Bartenders' Manual, but does include it as the last drink in his revised 1900 New and Improved Edition. Johnson reflects changing tastes and fashions by calling for Plymouth gin rather than old tom gin in his turn of the century recipe.

I've adapted Johnson's Turf Cocktail recipe to use measures a tad more specific than "½ wine glass", although a wine glass is more apealling a measure than a millilitre.

Turf Cocktail
Fill the bar glass half full of broken ice and add:2 dashes of Orange Bitters.
2 dashes of Maraschino.
2 dashes of Absinthe.
1/4 gill of Plymouth Gin.
1/4 gill of French Vermouth.Stir up well, strain into a cocktail-glass, add olive.

Sadly, I don't own one of the early editions of Harry McElhone's ABC of Mixing Cocktails but thanks to Dave Wondrich on esquire.com we know that McElhone's 1922 edition also contains a version of the Turf Club that's strikingly similar to Johnson's recipe above.

According to Albert Stevens Crockett's 1931 Old Waldorf-Astoria Bar Days, the Turf Cocktail served at the venerable old hotel was actually 2/3rds jenever to 1/3 sweet vermouth (as below) but I find these proportions make an overly dry drink so I've slightly upped the proportion of vermouth to gin in my adaptation of Crockett's Turf Cocktail.

Charles H. Baker, Jr's 1939 The Gentleman's Companion: An Exotic Drinking Book is more a travel log with recipes than a bartender's guide so accordingly he has a fair bit more to say on the Turf cocktail than the other authors above, documenting three versions of the drink and where he encountered them:

The Improved Turf Cocktail, No. 1
...a modification of own from Dirty Dick's, Nassau, B.I., 1937
We first sampled this drink in Nassau quite some time back, having flown over Pan-American Airways, after the official tourist season was finished, with a 6-year bride and 4 friends, to do a bit of sailing and swimming and basking on undiscovered white sand beaches by vitriol blue coral water that is clearer than anywhere else in the whole universe. A gentleman of colour suggested this as a dry, appetizing taste-thrill at Dirty Dick's, and found it to be merely Holland gin and vermouth - nothing else except Angostura - in a 2 to 1 ratio....
After a bit of later experiment on self and friends we discovered that the addition of ½ a green lime - strained juice - and ½ tsp of grenadine or bar sugar works miracles with this drink.

Turf Cocktail No. II
...from the Taj Mahal Hotel, on Apollo Bunder, in Bombay, Saturday, February 14th 1931, to be exact;
Served after the Running of the Maharajah of Rajpipla Gold Cup at the Western India Turf Club, Ltd.
We had won all of sixty-seven rupees on this gold-cup, 23,000 rupees race, and were feeling very horsy and turfy, and tired of the eternal chotapegs - just plain Scotch and not-too-cold soda, without ice, of the last few days -and were open for suggestions. G.J. Mack, local Manager for General Motors Export, suggested a Turf Cocktail, of a recognised mix, and after a barrage of Hindustani this resulted, much to everyone's amazement: 1 jigger of dry gin, 1 pony French vermouth, 1 tsp of absinthe, or Pernod Veritas; donate 1 tsp of maraschino and a dash of Abbots bitters. Stir in a bar glass like a Martini and serve in a Manhattan glass, ungarnished.

Turf Cocktail No. III
...from the Havana Country Club, Winter of 1930
This is virtually the same as No.II, only using old Tom gin for a base, orange bitters, and everything else the same.

I've included links to my modern day adaptations of four of the vintage recipes mentioned above - each quite different from the others without one standing out as being 'better':
• Winter's 1884 Turf Club recipe
• George Kappeler's 1895
• Johnson's 1900 Turf recipe
• Crockett's 1935 Turf Cocktail
While working on these I came up with my own
• Surf & Turf riff on the classic. Enjoy and place your bets! 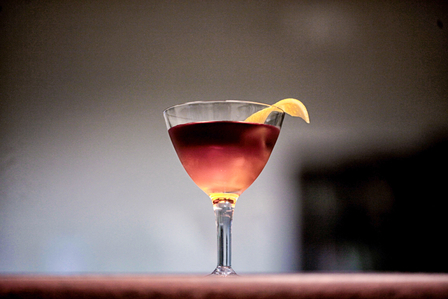 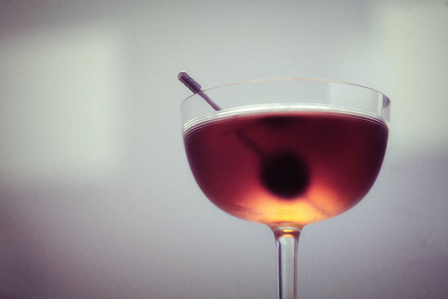