Does mixing drinks cause a worse hangover? 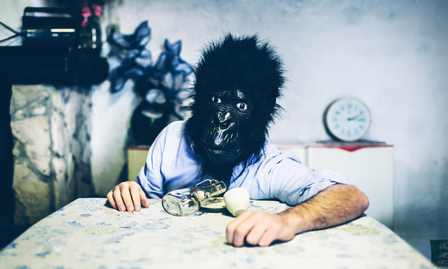 Do different types of alcohol effect how we behave after one too many drinks? Does mixing beer with wine and spirits send us on a downward spiral of intoxication? Many, through personal experience, claim so. But do we really understand what is happening inside our bodies?

It's the day after a big night. You've woken up feeling a little worse for wear and, after a few gulps of water and some not-so-pleasant flash backs you've started to question how everything escalated so quickly. It's normally at this point that we all reach the same conclusion, if only we'd stuck to one type of alcohol we wouldn't feel so bad.

Heading straight down the throat and into the stomach, roughly one third of the alcohol you have drunk finds its way into the blood stream via the stomach lining. Anything fizzy, like champagne, will be absorbed much more quickly as the carbon dioxide speeds up the process. About a third of the alcohol is absorbed here, the rest finds its way into the bloodstream via the walls of the small intestine.

Once in the bloodstream, alcohol will start to impact the brain's cerebral cortex, which processes thoughts. Inhibitions are lowered, judgments can become less clear, sight and hearing impacted and pain can't be felt as sharply because the brain loses the ability to process information.

Memory and emotions, controlled by the limbic system, are affected next and can result in lost memories and exaggerated emotions. Although yet to be proven, some research suggests alcohol can inhibit our ability to create new memories, which may explain those lost hours. Lastly, the cerebellum, our power centre for movement and coordination, is affected.

As a 'vaso-dilator' alcohol also relaxes the blood vessels allowing more blood to pump through the skin and tissues. This also makes our blood pressure drop, so our heart rate increases rapidly to pump blood to all the organs. It also swiftly flows to the skin giving us that oh-so-sexy sheen of sweat and redness.

At some point, our kidneys, which have been busy filtering blood and ensuring that the water in our bodies is kept at a constant level, become affected by all this booze. They start dumping more water than we're absorbing, resulting in dehydration and contributing to headaches, nausea and fatigue the morning after. Alcohol also affects our production of an antidiuretic hormone, vasopressin, which helps the kidneys reabsorb water that might otherwise end up in the bladder. Without it, vital fluid passes out before we can use them.

The travelling blood leaves some alcohol in our lungs, evaporating via the alveoli and creating that oh-so-sweet morning breath.

The liver metabolises about 90% of the alcohol. Using the chemical acetaldehyde, alcohol is broken down, eventually creating carbon dioxide and water which can be dumped. Unfortunately the liver is a little slow and can only deal with one unit an hour, which is basically far slower than most people's intake. The remaining alcohol escapes through sweat or urine.

Fact: once inside your system, there is nothing that can speed up alcohol being metabolised, flush it out quicker or reverse the effects - no amount of cold showers, coffee, energy drinks, fresh air or water will make the process go any quicker. Why? It's the nature of potable alcohol, known as ethanol.

A review of previous research published in 2000 confirmed that the causes of the main symptoms of hangovers are dehydration, changes in the levels of hormones such as aldosterone and cortisol, and the toxic effects of alcohol itself. In addition there's evidence that the immune system is disrupted and that this could be the cause of the headache, the nausea and the fatigue.

And, as we all should know, the higher the alcohol content, and the faster you drink it, the worse the hangover. Beyond the ethanol that triggers intoxication, the other key ingredients that affect hangovers are what the beverage industry calls congeners.

As for those people who are physically ill in the morning, you feel better because toxins are removed - but it isn't ethanol, or alcohol, that you've just vomited up, as by the morning after it is no longer in your stomach and hasn't been for hours.

Scientists have looked into hangover cures, in fact the British Medical Journal published a review of trials of everything from borage to artichoke and glucose to prickly pears in 2005. The bad news? None of them work. 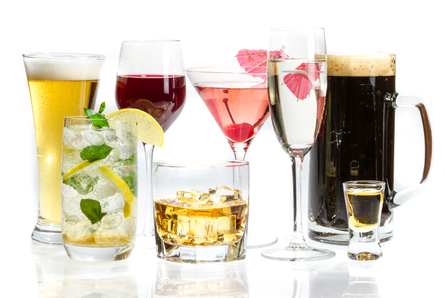 So, what evidence is there for the saying 'beer before liquor, never been sicker; liquor before beer, you're in the clear'? Or perhaps 'grape or grain, but never the twain.' Answer: there's none. No matter how much we might convince ourselves that mixing different type of booze makes us drunker or more hung over it simply isn't the case. The existing evidence suggests that hangovers can't be blamed on mixing drinks. Most experts say that what matters most is the amount of alcohol you consume, not the order or form in which you consume it.

Why? In the end of the day it's all ethanol. It may come disguised as hop-heavy beer or tannic wine or be very upfront about the whole thing as a clear spirit such as gin or vodka. But the chemical makeup of alcohol is the same no matter what form we drink it in.

However, there is some psychological element at play here. This has been suggested by studies conducted where the subjects drank beer, wine and spirits in different orders and it was shown that those who consumed spirits before beer felt the effects of the alcohol sooner thus encouraging them to slow down and not drink too much and vastly decreased their chances of being ill. However, those who had beer first, and felt little to no immediate effect, were later motivated to consume higher concentrations of alcohol by doing shots or mixing stronger drinks. But again this is simply less or more ethanol and nothing to do with mixing forms of alcohol.

Yet here's where things get tricky because while it might not be the different forms of alcohol making us sicker, there is something in these drinks that is; certain types of booze have more congeners and these extra substances certainly have a lot to answer for.

These are the other substances produced during fermentation, such as acetone, acetaldehyde, fusel oil and the best-known, tannins, which give darker drinks their colour and part of their flavour. Bourbon, for example, contains 37 times the quantity of congeners as vodka. Mixing congeners can increase stomach irritation, making us all feel a lot worse.

In a study carried out on American university students to see if congeners really affected hangover severity the subjects were given either bourbon and cola, vodka and cola or a placebo which consisted of cola mixed with tonic, with a few drops of either bourbon or vodka to make it taste similar to the real stuff. They had enough booze to give them a concentration of 0.11g of alcohol per 100ml of breath. Woken at 7am for breakfast, and a litany of tests, those who drank bourbon rated their hangovers as much worse yet performed just as well in the tests.

The main issue with these tests however is that no study will truly replicate a night out, for a start subjects never drink as much as society does on these occasions, the researchers couldn't allow it. And as we all know it's impossibly difficult to say why on one night three drinks hits us hard and on another it barely touches the side. The variables are endless. But it can be said with absolute certainty that mixing alcohol isn't the cause for hangovers or debauchery. Congeners could have a lot to do with the hangover but not the level of intoxication.

Eating before can definitely slow down the process of alcohol entering our bloodstream, but eating afterwards has no effect whatsoever: you can't soak up booze, especially when it has already left the stomach. And when it comes down to the amount of alcohol consumed it doesn't matter if it's beer, wine or spirits, the amount is what gets to us.

It's not all bad

It's worth remembering that, unlike tobacco, imbibing alcohol in moderation actually has beneficial effects on health and longevity - though consumption in excess will of course mitigate these effects.

... comment(s) for Does mixing drinks cause a worse hangover?