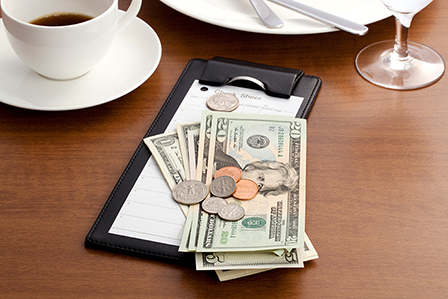 It may be the norm to tip bartenders in the USA but, as with many things, the UK has gone about it a slightly different way. Instead of a discretionary tip, customers will often find a service charge tacked onto the bill. But does this encourage bars to pay their staff lower wages, or worse still, do the servers actually receive any of this charge?

Service charge has been around since the late 1700s. In fact it was only recently that a British Library researcher discovered the first person to suggest the practice of adding service charges to hotel and restaurant bills.

Rona Levin unearthed a letter to The London Magazine or Gentleman's Monthly Intelligencer in 1768 in which its author, signed RW, complained of being badgered for tips by the entire staff, or what he called 'licensed beggars', every time he stopped at an inn.

The staff, he said, would line up between a gentleman and his carriage to bawl out "with an insolent tone: 'Pray remember the ostler, pray remember the waiter and so on'" - and scurrilously abused anyone who refused to pay a tip. 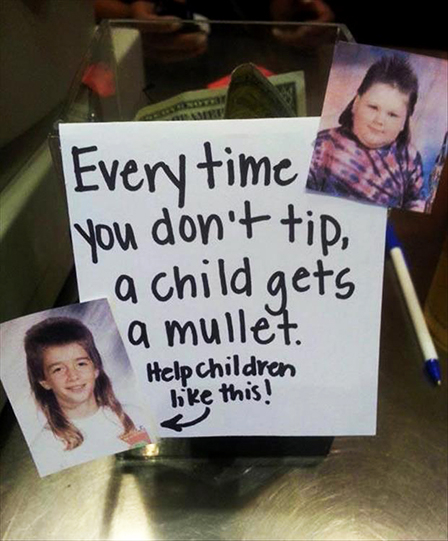 But RW, whoever he was, was shrewd enough to note that the inns encouraged this by not paying their staff a proper wage. His solution: "Let the landlords pay their servants sufficient wages and at the bottom of the bill write Attendance, leaving a blank for the person to give what he pleases. For every traveller would prefer the method of having one person to pay."

But where does service charge fit nowadays? It's not as if your bartender, server and bar back are chasing you out the venue crying 'pray remember the cocktail waiter' anymore. Tipping has become a little more discreet.

On a personal level, my very first job in London was at a restaurant and bar in Soho which charged 13.5% service. I didn't see a penny but was too young and timid to say anything. No doubt the owners of that venue have profited nicely from that bit of deception but when customers asked I always told them the truth. If they wanted to tip me, take off the service and leave cash. Unfortunately there is no legal requirement for restaurants to allocate a particular share of their service charge or tip income to employees. So what was happening was perfectly within the law.

Since then I've worked in cocktail bars which charge service and pay it to the staff and bars which don't add it to the bill. In my current job, at a small independent cocktail bar in east London, I was asked why we don't add service. In the end of the day, when you don't add it, and you're good at your job, the tips will be there at the end of the night. In fact I doubt I'm alone in saying I take home more tips each week without a service charge being levied. Unsurprisingly the customers who questioned the lack of service left money on the table. The crux of the matter is, people will tip if they want. It's about giving them the choice.

But we shouldn't always think that there's any link between good service and a good tip. This was rather dishearteningly proven by behavioural psychologist Nicolas Guenguen of South Brittany University. Mr Guenguen asked waitresses to dress in different coloured T-shirts and the women in red received 25% more tips, largely from men.

He then got his waitresses to wait table dressed in dark, red-haired and blond wigs. The women customers were as unmoved as they had been by the red T-shirts but the male customers, again, increased their tips by 25% for the "blondes".

But here's the crucial thing, as customers, you don't have to pay service. Nothing legally obliges you to do so. It's always worth asking the staff if they get the money. If they do, and you don't want to tip, or tip a different amount, service can come off the bill. If you want to tip with credit card, again ensure the staff actually get it and you're not just transferring extra money into the company coiffures.

This lack of clarity over tipping policy in most bars and restaurants was highlighted once again when MP Andrew Percy said in September 2014, that customers were totally confused about where their money went if they decided to leave a tip or pay an optional service charge. Many firms, he said, were ignoring a voluntary code encouraging them to make their tipping policies clear. 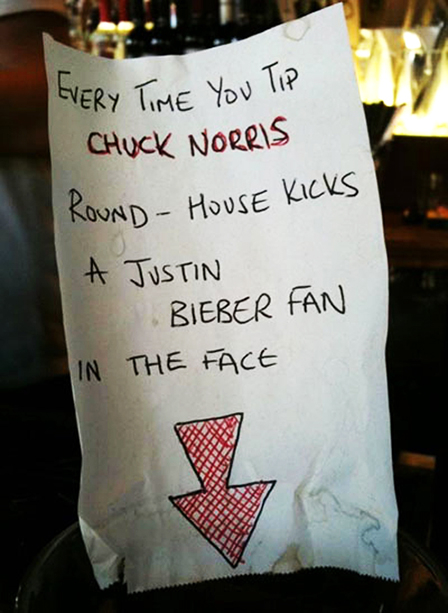 Going so far as to propose a change in the law in the House of Commons, Percy said existing rules, which leave it up to restaurants to decide whether to add a service charge to a bill and what to do with the money, were "neither clear nor transparent".

There was a law passed by the Department for Business, Skills & Innovation which said, starting from 1 October 2009, service charges, tips, gratuities and cover charges could no longer be used to make up national minimum wage pay. This meant that all eligible workers must receive at least national minimum wage in base pay with any tips they receive being paid on top.

In countries other than the UK the tipping culture is very different. As the BBC reported recently, the French are tipping less and less. There, a 15% service charge is automatically included in cafe and restaurant bills. This money is not given directly to the waiter but to the restaurant owner who pays their staff a fixed salary.

As a waitress I prefer working in a bar without service charge. It means you're not demanding anyone pay extra and any tips left are done because my customers wanted me and my colleagues to take home a few extra pounds. Hopefully regardless of our hair and t-shirt colour. As a customer I also prefer not having service charge. If service is good, if drinks are tasty and if I enjoy my time spent in a bar you can be certain I'll leave a little extra. So thanks for the suggestion RW, but maybe the time for service charge, useful perhaps in 1768, has come and gone.

... comment(s) for Service charge and tips