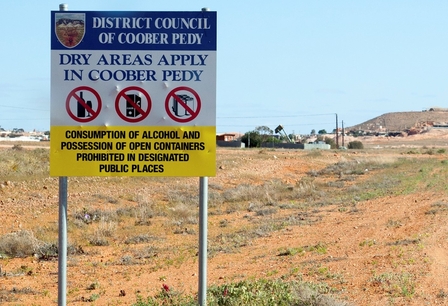 Food and drink etiquette is a minefield. And, when it comes to booze, the world is littered with cultural beartraps. In some nations, folk are never happier than skulling back shot after shot; in other countries, getting even lightly buzzed is a massive faux pas. Here's a roundup of weird drinking rules from around the world.

China: Hold your glass low when you clink glasses
We could write a book on China's complicated drinking etiquette, and we're sure someone will. But, when clinking glasses, aim to hold your glass lower than the person you're toasting: it shows humility by expressing a lower status. If you're the oldest or the boss, make only a token effort to hold your glass low: let your social or chronological juniors win the race to the bottom.

England: Pass the port to the left
Should you find yourself in the type of English social situation where vintage port (and/or Madeira and sweet sherry) is served from a decanter after dinner - a gentlemen's club, an Oxbridge college or a stately home, perhaps - always, but always, pass the decanter to the left. Oh, and keep on passing the decanter until it's finished.

Uganda: Drink beer from the bucket through a straw
In Uganda, ajono, a type of millet beer, is home-brewed in large clay pots - or, more often nowadays, plastic buckets. To save on glassware, men drink straight from the pot (or bucket) using a long straw called an epi. In the old days, everyone took turns with a single epi; following public health campaigns, drinkers can now bring or rent their own straws.

Austria: Never cross arms when clinking glasses
There's a huge amount of etiquette around toasting in Germany and Austria - notably that it's important to maintain eye-contact with every single person you toast, which can get wearying in a large group. Also, if you cross arms while clinking glasses, you'll get bad luck (Germany) or ugly children (Austria).

Korea: Turn your face away when drinking in front of an elder
Like China, Korea's drinking etiquette deserves an entire book - although, as in China, Koreans appreciate that foreigners will get everything wrong. When drinking with older people, be sure to pour with both hands, hold your glass to receive a pour with both hands, and turn your face away when you actually drink. Easy as!

Georgia: Don't drink wine until the toastmaster says so
At traditional Georgian dinners, or supra, guests can't drink wine until the toastmaster proposes a toast - which usually takes the form of a 10 or 15 minute speech. After that you have to down your glass of wine in one - a habit that can lead to chaps swilling as much as 4 litres of wine in an evening.

Vanuatu: Pour or spit to honour the ancestors
In the Pacific island nation of Vanuatu, kava remains the stimulant of choice - although it's no longer prepared by boys chewing it up and spitting it out. Even today, it's traditional in most places to honour the ancestors when you drink kava, either by pouring a little on the ground or noisily gobbing an entire mouthful.

Hungary: Don't clink glasses when toasting
Legend - which many consider an old wine industry marketing ploy - states that Hungarians took a vow not to clink glasses when toasting for 150 years in memory of the Martyrs of Arad, rebel generals executed after a failed rebellion. The 150 clink-free years passed towards the end of last century, but many Hungarians still don't clink.

Peru: Share a beer, share a glass
Drinking beer in Peru? The traditional method is that everyone sits in a circle and shares one beer and a single, smallish glass. Fill the glass, pass the bottle, down the glass, chuck out any foam, then pass the glass to the next person. Repeat until the bottle's finished, when a new bottle begins a new round.

Japan: Don't fill your own glass
As in Korea, Japanese drinking is immersed in a whole world of etiquette and ritual. One key rule? Just like in Korea, it's rude to fill your own glass. Instead, pour for everyone else, then wait for them to pour for you. And, if you don't want them to pour for you, be sure your glass stays full - otherwise, they'll pour no matter what you say.

Russia: Always finish the bottle
Vodka etiquette in Russia is as extensive as the drinking rules of Japan, Korea and China. One absolute rule? If you open a bottle, it has to be finished - no matter how hammered everyone is when they start. And never, ever leave an empty bottle on the table: place it on the floor.

Kenya: Drink warm beer
While most Britons have mercifully moved beyond the belief that beer should be served warm, the idea is alive and well in their former colony of Kenya. Some believe that warm beer is unhealthy; others just prefer the taste of Tusker at room temperature.

Australia: If you're bought a drink, you have to buy your shout
Many Anglo cultures are obsessed with the "round", where every drinker takes a turn to buy a drink for everyone in the group across the evening, and delinquents are shunned as tightwads. But Australia probably holds tightest of all to round etiquette, even if they call it a "shout" - much to the confusion of cultures where the host buys.

Philippines: Make an offering to the spirits before you start a session
When drinking traditionally in the Philippines - using one bottle and a single glass - every sesssion begins with the designated pourer tipping a shot on the ground. That's an offering to appease the demons, which may well come in handy given the calibre of Filipino gin and rum.

Mongolia: No drinking on the first day of the month
In Ulaanbaatar, capital of Mongolia, the first and twentieth day of every month are alcohol-free: you cannot buy booze anywhere in the city, be it stores or bars. Other districts have even stricter drink laws - making as much as one day a week alcohol-free - although bottles of vodka continue to slide under the counter. 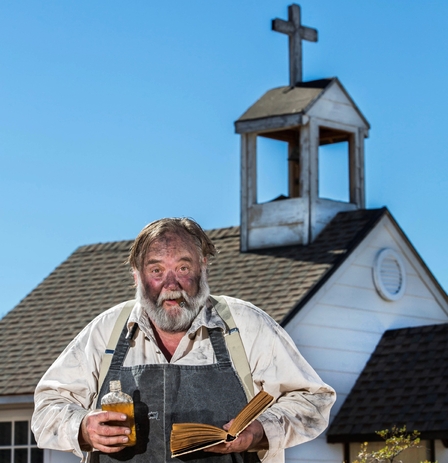 USA: drinks shall be mixed in secret
In the Mormon-dominated state of Utah, the "Zion Curtain" laws refuse to die. Despite attempts to liberalise drink laws, all new restaurants must keep their bar area screened from prying eyes - in case someone sees alcohol being poured, or a drink being mixed, and falls into temptation. The drinks being mixed, by the way, can contain only 1.5oz (43ml) of "primary liquor".

Saudi Arabia: Drinking can be punished by flogging
In Saudi Arabia, drinking alcohol is illegal - although "siddiqi" moonshine is commonly produced, and many expat compounds have on-site bars serving home-brewed beer and wine. People caught with alcohol can be punished with fines, jail terms - or even public flogging. Unsurprisingly, weekends see tailbacks to the border with more liberal Bahrain.

United Arab Emirates: Drinking at home? Get a license
In the United Arab Emirates, Muslims are not allowed to drink alcohol at home, while non-Muslim residents are only allowed to drink at home if they apply for an alcohol license. In Pakistan non-Muslims who wish to drink at home must also apply for a permit, which allows them to buy 100 bottles of beer or 5 bottles of spirits each month.

Iran: Death to alcoholics
Muslims caught drinking in Iran are punished with 80 lashes, or death for repeat offenders - although the nation's Christians are allowed to drink alcohol. Although official statistics declare that no one drinks alcohol, Iran ranks 19th in the world for alcoholism.

USA: Drunk in charge of a sofa
In Minnesota, it's possible to commit DUI from a lounge chair. Dennis LeRoy Anderson was charged with drink-driving after crashing his customised La-Z-Boy chair into a parked car: his smooth ride boasted a stereo, cup-holder, headlights and a lawnmower engine.

Norway: Buy early, buy often
In Norway, it's impossible to buy wine or spirits to go after 3pm on a Saturday, while off-license beer sales stop at 6pm (unless the alc./vol. is less than 2.5%). 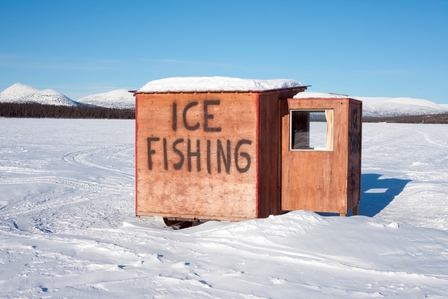 Canada: On thin ice
In Ontario, it's illegal to drink in an ice-fishing hut, unless it contains legitimate sleeping and cooking facilities, like the "ice bungalows" erected and rented out each ice-fishing season. 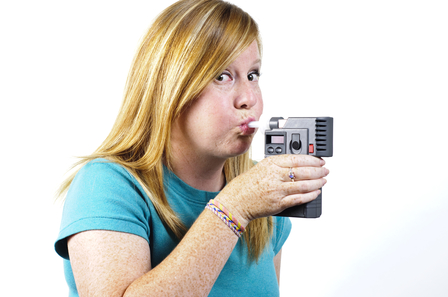 France: Bring your own breathalyser
In France, drivers of all motor vehicles apart from mopeds have to carry an unused, in date breathalyser - or two single-use breathalysers. Mercifully, there's currently no legal penalty for not having one.

Russia: No booze with the game
In Russia, where beer was only classed as an alcoholic drink rather than a food in 2013, alcohol is banned at sporting arenas. 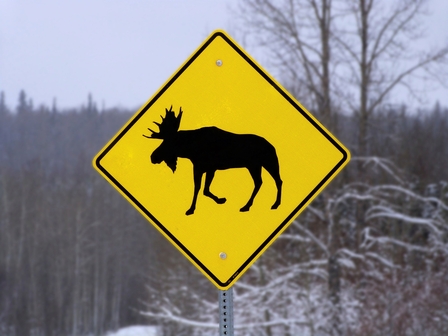 USA: No moose on the sidewalks
Some time before 1913 a bartender named Pete Bucholtz, who worked at Bill McPhee's saloon in Fairbanks, Alaska, acquired a pet moose - which, in turn, acquired a problematic fondness for beer and whiskey. Rather than banning feeding alcohol to moose, or keeping moose in bars, the city council banned moose from the city's sidewalks, meaning the moose couldn't legally enter the bar. The unsentimental bar folk proceeded to eat the moose - and the law was duly repealed.