The need for door police

Words by Dick Bradsell (we first published in April 2000) 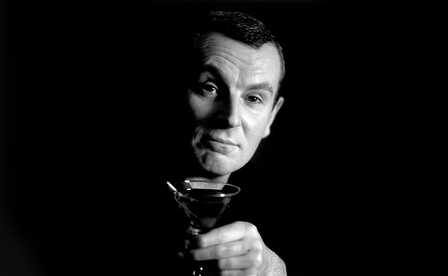 One subject I have always wanted to debate, or at least to give another opinion on, is door policy. The media, be it TV, newspapers or magazines has always had a severely jaundiced view of the experience of entering a licensed premise that deems it necessary to police its reception area.

The impression given in writing-articles-land is that having a person in a doorway selecting customers is a number one major crime. 'Clipboard Nazis', 'door whores', 'neanderthal doorstaff,' are all phrases that appeared in the press in recent weeks.

They are words that seem full of vitriol and anger, reflecting a deep anguish about the process of being vetted when trying to get into a venue. The point needs to be made at this moment that if any of these writing folk actually wanted to get in anywhere, they are all perfectly aware that all they need to say is that they are 'so and so' from 'such and such' magazine and within seconds they would be winding their wily way towards the interior (unless of course they are from the News of the Screws et al when they might find a less than warm welcome). So, if these journos are not pulling rank to get in and are then not let in, they are supposedly testing the door policy on your behalf. Seeing if the average punter can gain entry. This strangely subverts the whole system in a way that may be tricky to explain.

I was phoned by one of London's listing magazines at the end of last century. The guy on the end of the phone was well known to me. He had been a customer of mine for many years and I had followed his rise in the ranks of bar and restaurant critics. He wanted to know what projects I was involved in for a section on West End bars his mag was featuring. I told him. 'Do they have a door policy?' he asked. Well they all did, so I answered to the affirmative. 'Sorry, we do not feature bars that are not open to all." Or such like, was his reply. I was quite shocked at my reaction to this statement. Nothing short of apoplectic rage. When the hell had this guy ever gone into bars with no door policy? Just about everywhere I had seen him had been in some cool and trendy gaff with the statutory 'door Nazi'. Was he going to compile a separate list for bars and clubs that picked their punters? I found that I was screaming abuse down the phone at the poor chap. Another indication that this is a somewhat volatile subject we discuss.

I do not speak from ignorance (well, not at the moment anyway, try me drunk at two in the morning sometime). The many twists and curves of my career have led me to be employed as the 'picker' outside a couple of clubs (must have been desperate that month). One of most unpleasant and stressful jobs in the industry. I am not talking about doing the tough guy bouncer thing. I am sure that is much more fun chatting up girlies and hitting people. My job would be letting people in who looked 'right' or were on the guest list and turning people away who looked crap and were not on the guest list. This is where the stress kicks in. How do you say no politely in a business where the whole emphasis is on saying yes with a warm and happy smile? How do you tell someone to fuck off nicely?

The young lady I worked with was an expert. She taught me a lot. She always had somewhere else to send them. There was always a private party ('so sorry'), a mistake on the list ('what can you do...so sorry...phone tomorrow'), just keep talking with a smile until they give up or get bored. This is far preferable to the old style bouncer types I had the misfortune to work with in the days before the licensing of security staff. They were, without fail, base and cruel and took pleasure in it. It may be that this legacy of psycho security is at the heart of the problem nowadays. In those old days it was very hard to get a late license, so creating a membership was a useful way of persuading the authorities to let you stay open late. Except from then on the licensing officers would be around now and then, unannounced, to check you were sticking to the terms of your agreement. You were then obliged to get one of those scary objects to stand in your doorway. The old way to doing things has left a bad taste that remains in the memory of the modern punter, even though nowadays most doorstaff are welcome, well trained, pleasant professional (I think?). The clichéd image of da thug has stuck.

I guess we have been our own worst enemies having rude doormen. There really is no excuse for someone representing a venue in the hospitality industry being anything but sweetness and light and shiningly polite. Well, you try it. I was in the process of admonishing one of the door staff at a West London bar I was managing when he suggested I tried his job for ten minutes. I accepted the challenge. All he had to do was ask everyone who came to the entrance whether they had a booking for dinner (proceed to reception) or had come for a drink at the bar (proceed to the bar). I took over his duties and an elegant posh lady of about 50 years old came up to me. 'Good evening, madam, do you have a booking?" I declared with charm. 'Do I really have to put up with this crap?' was her reply. 'No... er...come in' was my pathetic response and she did, probably wondering why the large man in the suit was laughing his head off behind me.

You punters HATE door staff, don't you? I do not suppose you are at all interested now that it is a legal requirement (or is treated as such) to have at least one member of security per 100 customers. That you may not let anyone that is 'drunk' into the licensed premise. That certain councils in London even set the door charge as part of the license agreement. 'Why do I have to pay a fiver to get in your bar?' 'Because the magistrate says so, dear'. When you have heard that from the 70th customer of the evening the smile wavers and the friendliness sours. I guess that is the job, though. There is, however, a genuine need to control access to an establishment in a city. Ever had a party at your house and just let anyone wander in? Yeah, I thought not. Invitation only - it is a private party. We have people on our doors to make the places we run better for those we do let in.

Wander along Oxford Street at midnight on a Friday night and select someone you could be happy to share the same packed room with. You might find the puking, screaming, officer worker scum from hell good company for the rest of the evening, but I can assure you that most of you will be glad to turn down that opportunity. So who is going to keep them out? Madam Door Nazi and her troll lurking at the entrance portal. A well known bar critic was refused admission to a club with us the other day. He was so pissed he actually did say 'Do you know who I am?' They did. He moaned for days, slagged the place off and got all bitter and twisted. Totally unfair of him. The worst dive bar full of drunkest wretches known on earth could never have let someone in his state on to the premises. They could sooo easily lose their license for that, not that he will ever understand.

They also have a statutory responsibility to make sure the number of people on the premises is within the limits of fire regulations. If not, it is the doorkeeprs that lose their license and thus their living not the venue they protect. No badge, no job. So they are pretty hot on that one, which was the reason the law is so applied. It works. None of us like being told to wait but venues become victims of their own popularity and will tend to resort to a form of membership, be it by card or guest list just to make sure their regular, loyal clientele can actually get in the place. If they do not, then the standard of their punters will slowly reach the natural lowest level and you, me and the lovely folk will never set foot in the place again. 'I hate it in there, it is full of those...'. Yep, it is full of those people who just walked in off the street, the ordinary people. At the venue I am working for at the moment we do not select the punters. It is open to all. We had hoped not to have a door person. A naïve hope, I am afraid. The reality of life over the theories of egalitarianism have led us to employ a jolly, friendly chap who can crush walnuts by glaring g at them. Hate him, despise him, but at the first sign of any trouble (not caused by yourself, of course I am sure you will be very relived to see him.

Finally if you do find yourself repeatedly barred from entry to premise after premise it might just be that you have been recognized as a complete arsehole that noone else actually wants to drink with. So sorry!

... comment(s) for The need for door police