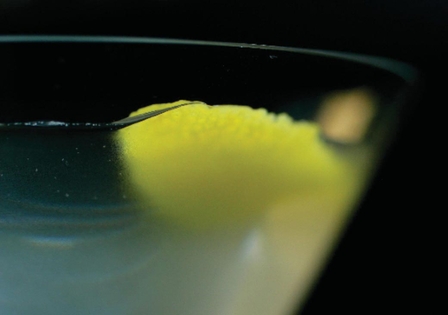 Our computers survived the millennium bug and despite predictions to the contrary, there was enough champagne for all to toast the new century. While 12 years earlier the launch of Bombay Sapphire marked gin's turning point, 2000 seemed to kick start the production of a plethora of new gin brands including Tanqueray No. Ten, Martin Miller's Reformed, Hendrick's and 209 Gin.

It is uncanny how the rise and fall in the fortunes of gin seem to coincide with that of the cocktail. Both are firmly back and look like they are here to stay.

In 2006, Ryan Magarian, a well-known bartender and consultant based in Portland, Oregon, USA worked with the founders of a local distillery, House Spirits, to produce a new gin called Aviation. This was one of a number of new gins with relatively low levels of juniper, some of these new millennial 'gins' having so little juniper that it could be argued juniper is not their dominant flavour, as is required in the European Union, United States, Canada, Australia and other countries for a product to be labelled a gin. Compared to some of these 'ver-gins' (they verge on being a gin) Aviation is comparatively rich in juniper but it stands out due to Ryan championing his gin as being light on juniper, coining a new term for this and such gins as "New Western" gins. 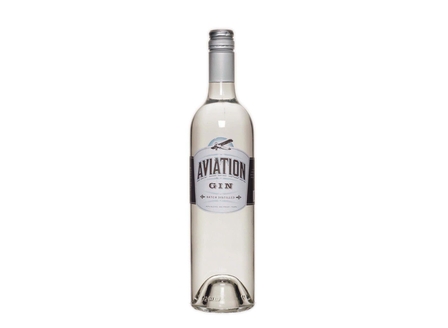 To quote Ryan from 2009, "This designation seems to have evolved over the past nine years, as a result of efforts from both large brand houses and regional distillers in Europe and in the United States. In taking a good hard look at today's rather loose definition of dry gin, these distillers realized a greater opportunity for artistic 'flavor' freedom in this great spirit and are creating gins with a shift away from the usually overabundant focus on juniper, to the supporting botanicals, allowing them to almost share center stage. And while the juniper must remain dominant in all dry gins these gins are most certainly defined, not by the juniper itself, but by the careful inclusion and balance of the supporting flavors, creating, what many experts believe to be, an entirely new designation of dry gin that deserves individual recognition."

The key point made by Ryan above is "juniper must remain dominant in all dry gins", and for the record I believe this is the case with Aviation. However, this is a matter of perception and taste, so is subjective. Sadly, there are some botanical spirits labelled 'gin' which I personally do not consider as being gins, as I do not find juniper their dominant flavour. These I what I term 'ver-gins' and they include: Brockmans (launched 2010) and Hoxton Gin (launched April 2011). Thankfully there isn't a gin police but I beg that both gin producers and consumers respect the gin category and buy discerningly.

The noughties saw bartenders increasingly scouring old cocktail books for long lost recipes and as they did so they discovered many drinks calling for the long defunct 'Old Tom' style of gin. Unsurprisingly this led several distillers to launch their interpretations of what an Old Tom gin was, most notably Hayman's Old Tom Gin with added sugar, and Jensen's London distilled Old Tom Gin 'sweetened' using botanicals rather than sugar.

On 20th February 2008, a new EU definition recognising and legislating what can be termed a 'gin' passed into EU law as part of the revised EU Spirit Drink Regulations. These rules include three distinctive definitions of gin: 'Gin', 'Distilled Gin' and 'London Gin'. Their introduction led to some gins being forced to change their labelling with gins such as Martin Miller's no longer able to use the term 'London dry gin' due to additional flavourings being added after distillation. 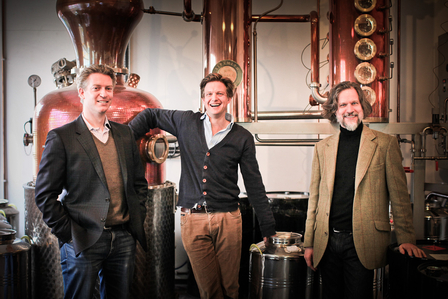 Two arcane English laws stood in the way of a British craft distilling renaissance following that already underway in the United States. One a law, which dated back to the 1800s, stated that brewers could not also be distillers on the same site. A second stated that the minimum size for a pot still should not be less than 18 hectolitres.

There is probably some truth in the suspicion that law on still size was designed to suit existing large distillers - a law requiring new stills in the UK to be a massive 18 hectolitres effectively prevented small boutique distillers providing unwanted competition.

Two pioneering distillers challenged the 18 hectolitre law, William Chase who set up his Chase Distillery on his Herefordshire farm in 2008; and Sam Galsworthy and Fairfax Hall, who established their Sipsmith's Distillery in a residential street in London's Hammersmith in 2009. Sipsmith's first copper-pot still, 'Prudence', has a diminutive 300 litre charge capacity. 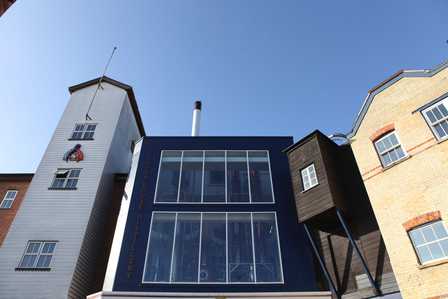 The other ancient law preventing brewers from also distilling had not been challenged because previously no modern day distiller had apparently dreamt of also selling beer, and conversely, it would appear that no other brewer had passionately wanted to also be a distiller. That was until Jonathan Adnams, Chairman of the Suffolk coast brewers Adnams, decided he wanted to be a distiller as well as a brewer.

In January 2010, Adnams applied to HM Customs & Excise for a distilling licence and to their delight were granted a distiller's licence on 3rd April 2010. By September they had installed German stills with the first vodka coming off of the still at 4pm in the afternoon on the 14th October 2010.

The world has, and is, rediscovering/discovering gin. The G&T, for so long the mainstay spirit and mixer served in British pubs, is now one of the world's best-selling drinks with bars around the world not only offering a bewildering range of gins, but a choice of tonic waters and garnishes, making ordering a simple G&T now more complicated than the variables offered at Starbucks.

Long may gin's renaissance continue, but please can we respect what a gin should be - namely a predominantly juniper flavoured spirit. I look forward to more people producing spirits with other dominant botanical flavours. However, these botanical spirits need to be called something other than gin. Ver-gins perhaps?