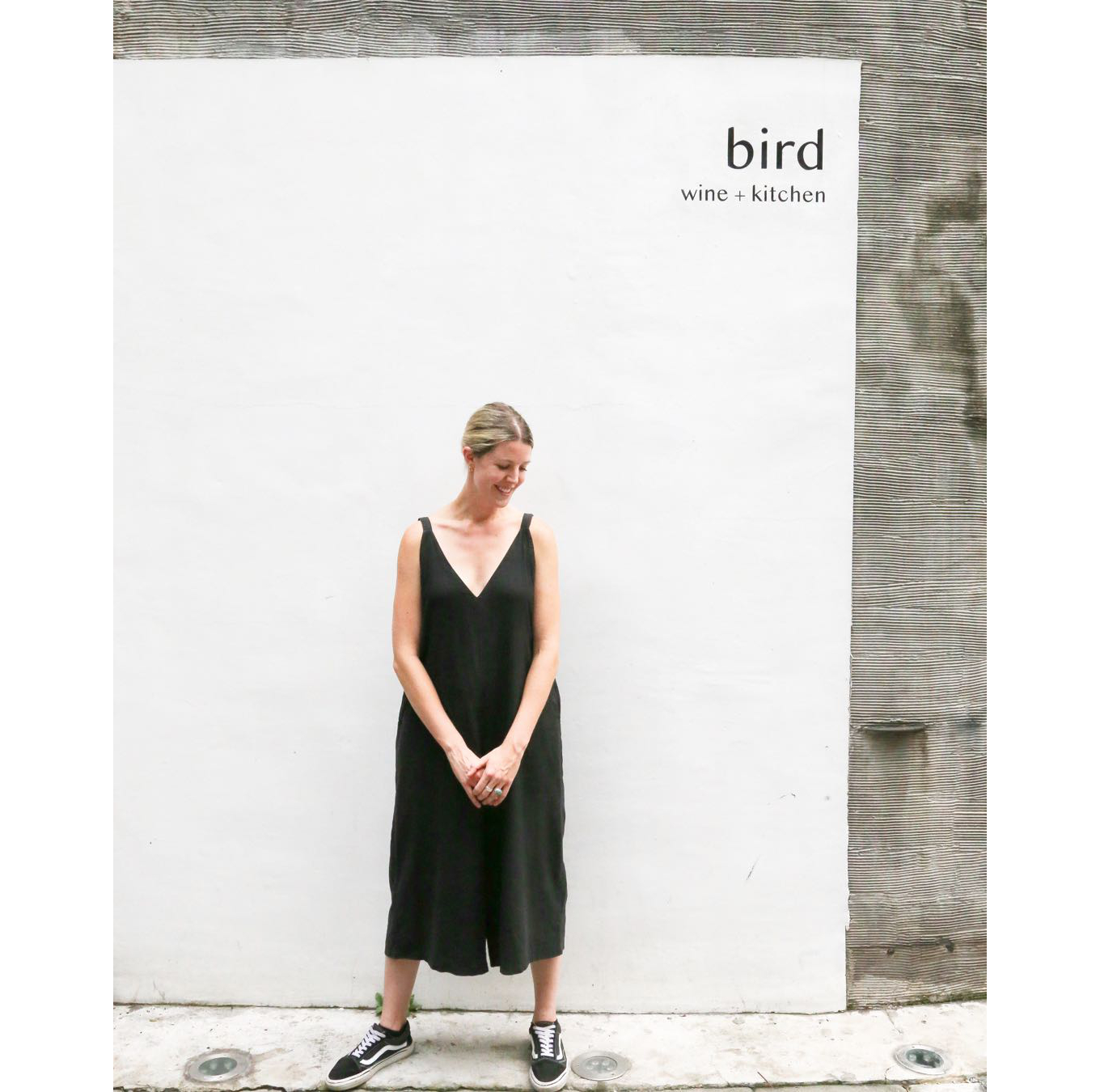 A view from Shanghai

Camden Hauge is the owner of four venues in China's Shanghai, spread between two of the city's zoned districts. Despite being able to re-open her doors recently (a date that seems far away for many business owners in countries such the UK, Australia and America) things haven't yet gone back to normal. Here's Camden's story.

I have four venues, a mix of restaurants and bars, in Shanghai which are spread between two districts. We reopened all our venues after our Chinese New Year holiday at the end of January but were forced to close one of them in the first district within five days of getting back to business, and the other three sites in the second district were reduced to takeaway and delivery (alongside other severe restrictions such as mandatory info, temperature taking for guests, special restriction, curfew etc) within 10 days. Both districts kept restaurants closed or restricted in this way for 14 days; after which the first district allowed reopening without restriction while the second has allowed us to reopen but we still have some restrictive measures in place. There are changing daily but currently include temperature taking, special restrictions, and no outdoor seating – which makes no sense but whatever – moving on. We lost between 14-20 trading days per venue and we're still only at 50% footfall even a month later.

I also have an events agency specialising in both our own, and client's, food & beverage events. The virus situation torpedoed our pipeline of client events – our real money-maker – until September. Despite this, or perhaps because of it, we're still sallying forth with our own events; we had to push back and decentralise an event we had planned for March until April - it is called Feel Good Fest and is a celebration of wellness that we're spreading as smaller micro gatherings across the city or online; it's on message during this special time and it follows all local regulations so it's been received well thus far! Our signature event, FEAST, a food festival, is tentatively pencilled for end May but we might have to reschedule this depending on what happens.

Although I never had to quarantine myself, I did have to fill my days in the one to one and half weeks all venues were closed. I've never been good at downtime, so I decided to use this break to strategise about the future of my burgeoning 'group' and even take on a new project! My team had time and needed positive energy so I signed a tiny venue (it was on the market before our New Year holiday break but became a steal because of the virus) and so used their time and energy towards this – and now we're opening a highball bar + konbini next week.

More personally, I've been trying to stay sane by spending time outside and with friends, eating well, and drinking a lot of good wine.

Is the end in sight for us now? It's tough to say. We have been able to reopen since the end February or early March depending on the venue, but we're at max 50% of our average traffic and only 30% of our last March year on year (we had a good March last year!) across the venues. China recently banned any re-entry from non-Chinese citizens so many foreigners are stuck outside of the country and many local customers still don't feel safe enough or are out of the habit of going out. So although people are once again strolling the streets on sunny days, we're still only at a fraction of what we need to survive. Mentally, it's all good (if you don't think too hard about any family in the West, etc); business-wise, not so much. We're all trying to do the best we can to rally though with lots of activations, promos and collaborative efforts.

Overall, this has been an amazing time to centralise learnings in what is usually such a fast-paced city that it's hard to pull your head above water to check out the view from a bird's eye. I have learned it pays to be:

1. Super efficient – have small venues which equates to lower rents and the need for fewer skilled staff.

2. Brand-forward – which is no longer geographically tied to your city. We can sell merch across China and the world. It's also attractive for the image-conscious local crowd.

3. Delivery native – have products that can travel and are always available, especially in China.

I have always been in the business for for my personal passion of food and drink and the romance of it all, but this crisis has crystallised and even changed the way I feel about what is smart, a- from a business point of view, and b- what hospitality means in the local eyes.

2. Here in China, and perhaps soon all over the world as well, people want convenience above all else - although my heart crumbles when I see people ordering through QR codes instead of interacting with a server, I need to be realistic about what the public wants and needs in this changing world.

Finally these are the key points I have been passing on to friends in the West to get through the current shut-down:

- Respect the system - even though it's super painful for all of us, the sooner everyone FULLY closes and distances, the quicker this whole situation subsides. At least for us in China, it was best to just understand that everyone is in the same boat and make plans around that loss, rather than try to fight for your own revenue to the detriment of everyone else's.

- Communication is key - quickly, clearly, transparently, but positively; with your team, guests, amongst larger industry.

- Try not to lay off your workers - this is contentious and I haven't been an owner in the West so I don't want to pretend I fully understand European / American employment law, but from what I understand, it's most people's first stop to lay off their workforce so people can claim unemployment. I understand the logic but many countries' systems aren't designed for claims at this scale (everyone else in the country is trying to file too, not just hospo, right?) so when do you think they will actually be able to receive any benefit? If there's anything you can give - even a tiny base salary - or if you can figure out a deferred payment plan based on hours or even if you can incentivise your team to develop their own ways to promote the business and they can keep the cash (merch, etc), try it! They're all nervous and scared and likely can't afford to live in the city your venue is in without your help.

I don't think those charity-minded contribution sites are enough so try to think of something more interesting and creative or delegate that out to a manager you're retaining and make them work for that base salary. Top level management might be the most expensive but is also most important, so try to come to an agreement because you won't want to lose them.

- Keep your team close - even if you do have to temporarily lay off, send daily emails with positive messaging or host a video chat or keep a text chain going with Covid memes. Your team will be terrified if they feel like you've forgotten about them and it will add more pressure to the uncertainty that's already there (whether they will get their job back, etc), plus it's a good time to get even closer with each other on 'person-to-person' vs 'job title-to-job title' terms.

- Keep your peers close - we're lucky that the Shanghai hospitality scene is very tight-knit and supportive, but even within that, a small group of us had created an owner-operator forum that meets monthly to discuss salient issues last year. I found this smaller group invaluable in sharing information, being candid about fears, or openly comparing plans to deal with our respective shops. Use this situation to create stronger ties between each other – we don't know if anything like this will happen again or if it leads to longer-term, more seismic changes in our industry.

- Keep your community close - we have already seen the amount of time and energy we have put into building a community over the years paying back a zillion-fold from when we were able to reopen. They were the first back, have been our most frequent returnees, have spent on silly little swag items we made, plus there's no feeling like seeing someone come back in and just exhale with relief that visiting your place is their return to 'normal'. Figure out ways to stay in touch with them and think of ways to thank them when they come back.

- Fight for every dime - start negotiations with your landlords, suppliers, any service providers (eg POS / inventory systems – anything that is irrelevant while you're closed) etc to try and – at best – to get your fees waived or set up an instalment payment plan so you can start paying slowly, over a period of time, when you're seeing revenue come in again.

- Look for some silver linings - did you always want to change some ops system? Did you always want to try delivery or making merch? Do you need to take more time for strategy for your group moving forward or rewrite your handbook? Do your suppliers have an overstock they need to get rid of so that they can also get some cashflow? Is someone laying off talent that you could really use when you reopen? Is someone closing a venue you have always coveted? Don't be afraid to keep your eyes out for things that will benefit your reopening.

... comment(s) for A view from Shanghai