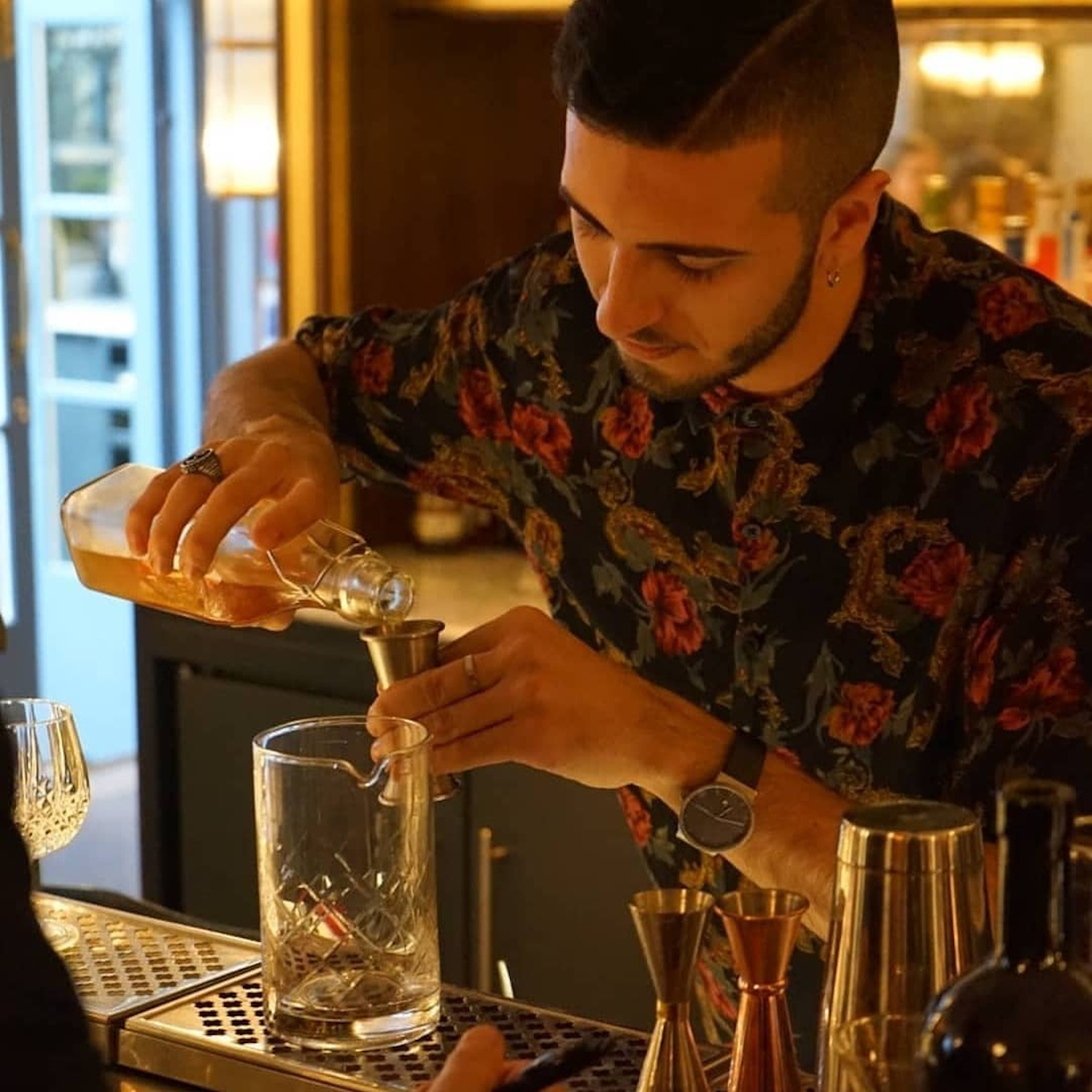 The Rise and Fall of Rye Whiskey

Bartender Dylan Ambasna-Jones, from The Walcot in Bath, spends lockdown exploring whisky, and has written a piece on the rise and fall of rye whiskey in the style of children's author Dr Seuss.

Words by: Dylan Ambasna-Jones, The Walcot

Stuck at home for weeks with just my girlfriend and a cupboard full of booze, I'm sure you can guess what I have been doing...

That's right! I have been hosting bedroom whisk(e)y tasting sessions and have been slowly teaching my girlfriend the ins and outs of this glorious spirit. She struggled to retain all the information to begin with so I decided to write her some whisk(e)y history in a form that even a child could understand, styled after the great Dr Seuss.

So here is a piece that I have written, talking about the rise and fall of Rye Whiskey. Enjoy! :)

INTRODUCTION
When talking about rye, it's best to start on a high so sit back, relax, grab a glass and give some a try. You have plenty of options so any will do; Rittenhouse, Whistle Pig and even JD makes one too! I know history can be boring but now there is no excuse, for the following lesson is written in the style of the great Dr Seuss.

EARLY HISTORY
It all started in America, as many great things have done. The land of the free and of guns and of fun. The Irish and Scots came across the sea, and settled down and yearned for whiskey. Pennsylvania and Maryland became their new home, but tragedy struck when their barley wouldn't grow. However this didn't stop them, they refused to cry, for another grain grew and this grain was rye. They started out small using rye from their own land and they made their own stills from whatever was at hand. Making whiskey for pleasure with little competition, just happy to continue their distilling traditions.

Pennsylvania became known for it's rye named Monongahela, a straight rye whiskey which was favoured by the sailor. Even in Moby Dick when a harpooned whale was near dead, they described its blood as a shade of Monongahela red. Maryland, on the other hand, preferred a sweeter taste so they would sometimes add cherry, prunes or maybe more corn in the base. Ageing the whiskey was not a necessity, but it was often achieved purely accidentally, when shipping the barrels out into the sea, the journey could take two years, or even closer to three.

However the main spirit at the time was one called rum, but after the revolution, the rum couldn't come. So with this gap in the market I'm sure you know what happened after, but just in case not, I'll tell you the answer... Like many little things, they eventually grow bigger so with that, rye whiskey became the new hottest liquor. The spirit went under complete reconstruction as it now had a demand for commercial production. People went mad for rye whiskey back then, Pennsylvania even shipped 6.5 million gallons of it in 1810. Not only that, but George Washington distilled too and he became one of the first whiskey tycoons; if you want you can give his whiskey a try, his recipe called for 35% corn, 5% malted barley and 60% rye.

But then it's 1906 and the Pure Food and Drug Act is in action and the whole rye category suffered as a reaction. Maryland rye loses its former glory as it now no longer stands as its own category. Then in 1920 people weren't allowed to drink and have fun, a strange era came to be, known as prohibition. But even when this repealed, rye whiskey was unlucky as the majority of distilleries only opened in Kentucky. Pennsylvania and Maryland distilleries soon became sparse but their whiskey achievements will always be recognised in our hearts.

Sadly rye whiskey could then be found lying on the bottom shelf. How did this happen? You may ask yourself... Well one reason I know so I'll tell you why, it's because you don't need rye to make Canadian Rye. The labelling laws in Canada are much more relaxed and distilleries didn't have to pay as much tax, so the product they made was often seen as cheaper and with that, rye whiskey was no longer a keeper. But it's 2020 now and rye is again on the rise, keep reading further if you want to find out why...

PRODUCTION
I now hope you and rye whiskey have been properly introduced, so let's take a closer look at how it's produced.

A mash bill starts off all the fun as a selection of grains are placed in a mash tun, any combo will do and many have been done, the only requirement is the percentage of rye needs be minimum 51. Then water is added and it all heats up, causing the starch in the grain to all break up. Converting into sugar, the starch is all released, then the distiller knows it's time to add their yeast. This starts fermentation which goes for a couple of days or a few which in turn creates alcohol along with CO2.

Now it goes for its first round of distilling, it's not that exciting although this stage is called stripping. The "low wine" created is distilled again in a pot still, then the distiller makes cuts to the liquid and shows off their skill, ensuring that only the hearts are collected so that the whiskey drinker doesn't get horribly affected.

The whiskey comes off the still at 160 proof and no more then it's watered down to a 125 proof maximum and the law makes sure. Straight into a new oak barrel the liquid does go and for a minimum of two years, this shall be its home. Here its colour darkens and flavour profile enhances, it will be ready when master blender deems it ready, they don't take any chances. Once finished it's cut to minimum 40% ABV, then bottled and sent off to be enjoyed by you and me.

RETURN OF THE RYE
As history tends to repeat itself, rye is once again back on the shelf and despite its rocky path it sells just fine with its volume up 500% since 2009. One possible reason for this is the return of cocktails, with numerous tasty concoctions out there to help push rye sales. A delicious example would be the Manhattan (a classic heavy hitter), its recipe originally called for 1 pony of rye whiskey, 1 wine-glass of sweet vermouth and Boker's Bitters. The classic Sazerac with brandy was originally made, but then brandy was taken out by a phylloxera wave, the recipe was altered and now rectified it instead calls for sugar, absinthe, Peychaud's and rye.

Unfortunately compared to other types of whisky, rye is sadly still small, but like the phoenix from the ashes it has risen and will continue to grow tall. So next time you're having a whiskey and want something greater, dust that old bottle of rye off and thank me later...

... comment(s) for The Rise and Fall of Rye Whiskey