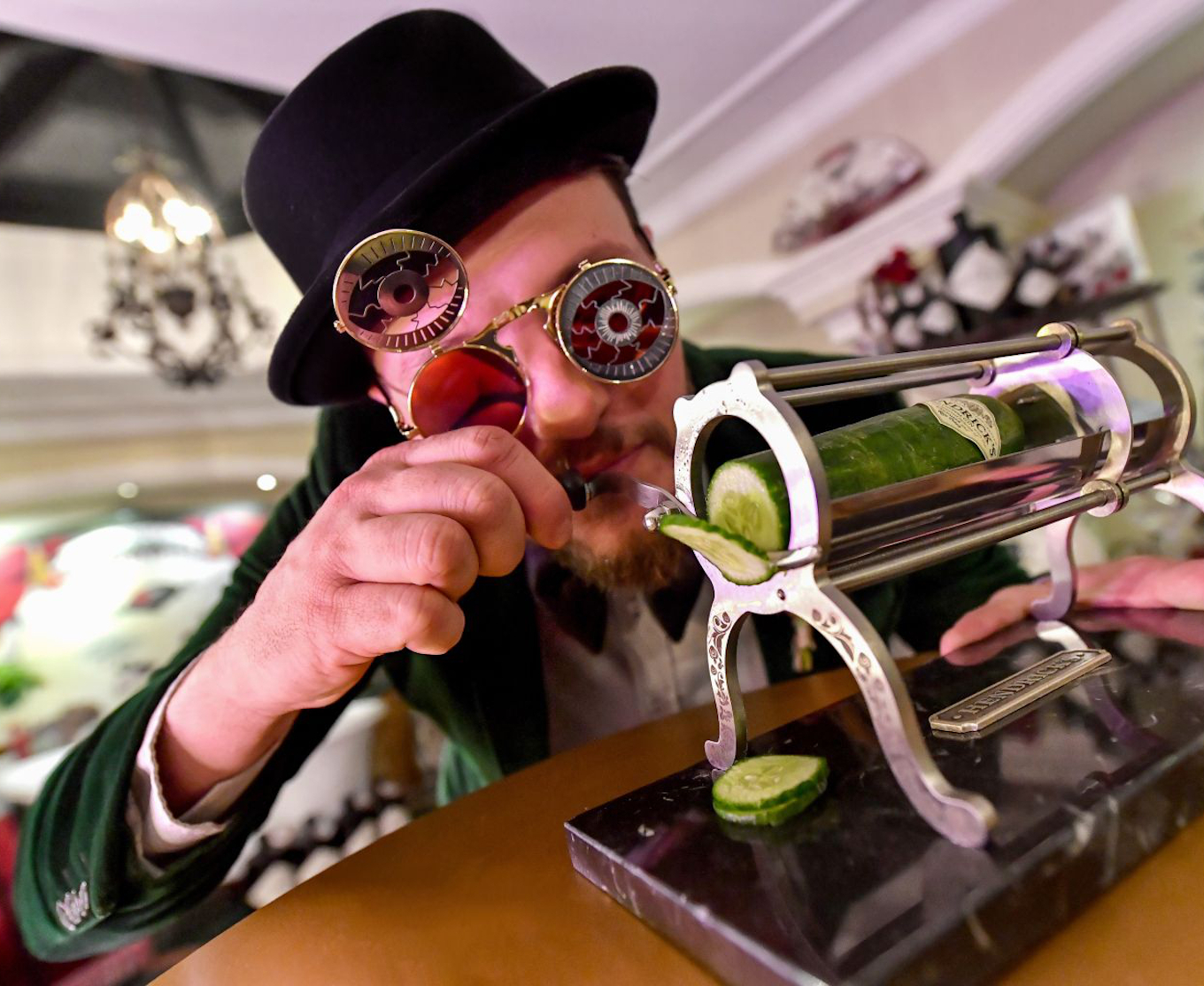 Grow Your Own Cuke initiative

What it's about: Hendrick's Gin launch a curious cucumber initiative to support the hospitality industry, and invite over 150 drinks professionals to get involved. The challenge? To grow a cucumber.
Hospitality folk can take up the cucumber growing challenge and register here.
The William Grant & Sons' Standfast Campaign kicks off the initiative with a £5,000 donation, with Hendrick's Gin donating a further £10 for every first sprout, £20 for every first flower and £30 for every first cucumber grown. Growers will also be able to invite friends and family to sponsor their cucumbers, with all donations going to The Drinks Trust.
The initiative will come to an exciting finale at a virtual Cucumber Cultivation Celebration. Awards and prizes will be up for grabs, including prizes to the wonkiest cuke, the cucumber with the most personality, and the most respectable cucumber.
How to get involved:
Sponsor a cucumber and donate on the JustGiving page.
Follow @hendricksgyoc for the latest updates.

What it's about: A social media Easter event will be hosted on Saturday 3rd April between 7pm and 8pm to support wine producers and the drinks industry. In the lead up to the big night, a series of virtual events will also take place, starting on 22 March. The wine producers taking part in the event will then be invited to donate a percentage of sales over the Easter Weekend to The Drinks Trust and Hospitality Action.
How to get involved:
Buy a bottle of English wine from your local or favourite producers ahead of the big night, then share a photo or a video of your bottle using hashtags #bigenglishwineeaster and #BEWE.
The #BigEnglishWineEaster Charity Raffle has great prizes up for grabs, and helps raise further funds.

What it's about: From 4 September until 4 October 2020, shoppers can enjoy 10% of all Richard Brendon collections. The campaign #RaiseYourGlass launched by British tableware & glassware company Richard Brendon raises funds for the UK hospitality industry, with 10% of all online sales during the campaign donated to Hospitality Action and The Drinks Trust.
How to get involved: For an entire month, shoppers can use discount code RAISEYOURGLASS for 10% off their order, including the Bone China and Cut Crystal collections, while 10% of the sale will also be donated to Hospitality Action and The Drinks Trust. Shop online at RichardBrendon.com. 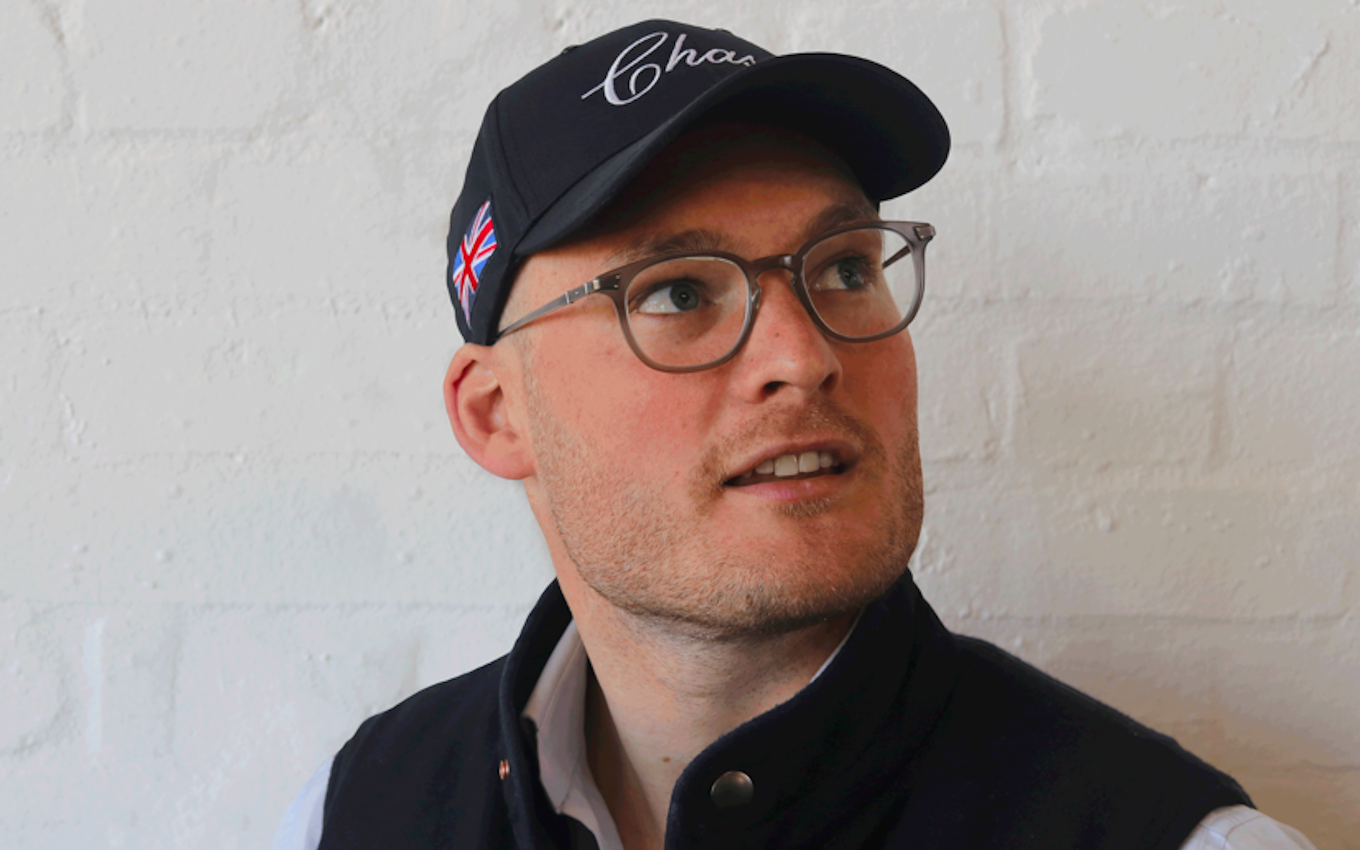 What it's about: William Grant & Sons have organised a #STANDFAST charity auction, featuring a collection of exclusive items, rare spirits, virtual experiences, merchandise and memorabilia. Registration to bid is just £5, with all funds raised to be donated to The Drinks Trust and The BEN Scotland, including registration fees.
How to get involved: Take part in this exciting auction and support the UK hospitality industry. Hosted by Whisky.Auction, bids will be welcomed between 19-28 July 2020. From a Monkey Shoulder cocktail Konga Shaker and Tullamore D.E.W tumbler glasses, to an at-home cocktail party or a rare bottle of Glenfiddich Winter Storm 21yo, batch 1 - bidders can buy exciting, unique items while also supporting folk in need.

What it's about: Mixer brand The London Essence Company calls on consumers to support the drinks industry by donating to The Drinks Trust. Those who would like to get involved can text 'CHEERS2U' to 70212 to donate £10. The brand has kicked off their campaign by donating £10,000, and will also be donating 10% of its Whisky Exchange sales until July. They've also teamed up with TV bartender Merlin Griffiths @Merlinfdc4 to offer a series of insider tips and tricks to help create better drinking experiences at home.
When: from 5 May 2020
How to get involved: Donate £10 to The Drinks Trust by texting 'CHEERS2U' to 70212. 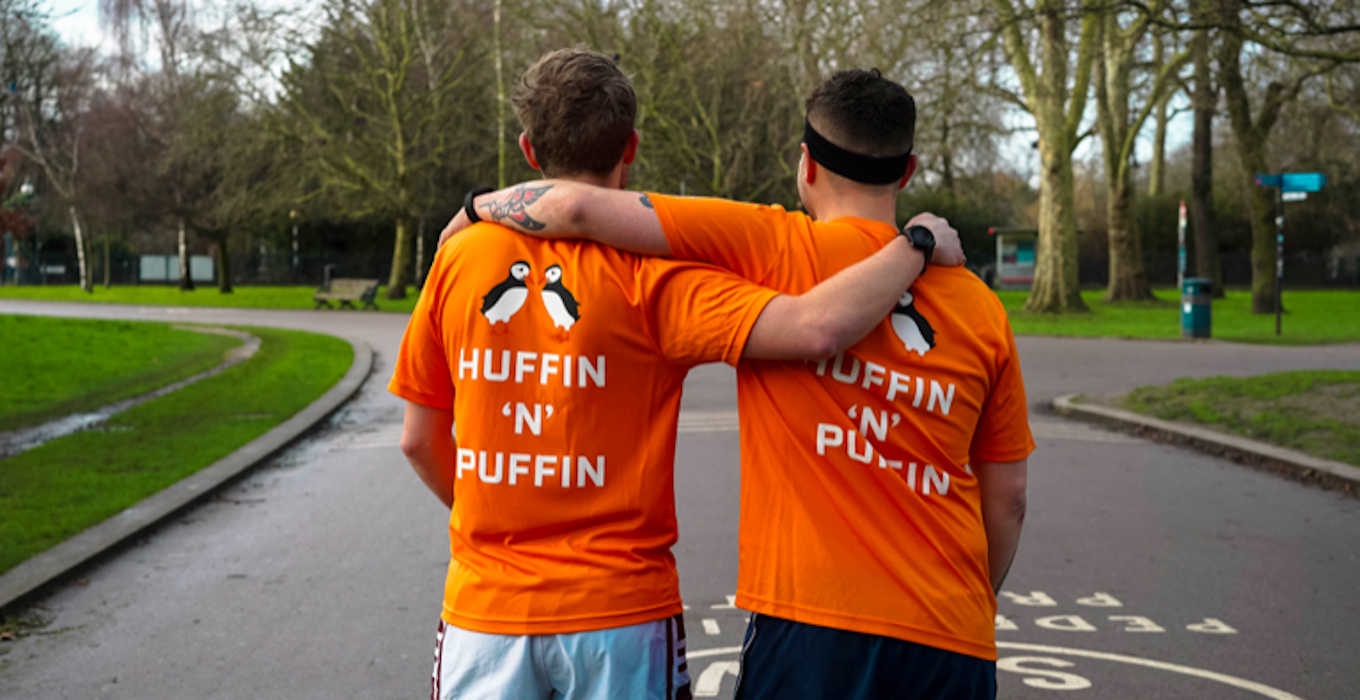 What it's about: Reyka Vodka organises a fundraising half marathon, lead by brand ambassador Fab Latham, with all donations going to The Drinks Trust. The Reyka Runners, consisting of over 250 bartenders from across the UK, will be lacing up for a solo run. They'll be spurred on as all participating runners will be tackling the half marathon on the same day, at the same time. The Bath-based Reyka Runner Callum Rixson will be creating a Spotify playlist for all the runners to keep moods lifted during the sprint, and all runners will receive a 'Huffin n Puffin' running t-shirt. Make a donation to the Reyka Runners.
When: 11am, 17 May 2020
Where: A marathon completed in solidarity across the UK
How to get involved: If you're a bartender, search Reyka Runners on the Strava App. Plus, follow @fabsting for further updates.

What it's about: Chefs, artists and bartenders team up to raise awareness of mental health issues during Mental Health Week, while also fundraising for industry charities including The Drinks Trust and Hospitality Action. Alex Fatho-Bland, from Place of the Way, has launched the campaign and brings together seven leading figures in the drinks industry, who will share their personal stories, and seven artists who will create a piece of work that interprets their story. The artwork will then be sent to some of the top bars across London as inspiration for a unique cocktail creation. The cocktails will be available for home delivery, along with the affordable piece of art, to make for a special at-home experience, to prompt conversation and raise awareness of mental health.
When: Starting the week of the 18 May 2020
Where: Social media platforms
How to get involved: #FeedTheConversation - Follow the participating bars and contributors on social media for updates on the Wrestling Demons campaign, including chef Andrew Clarke behind mental health campaign Pilot Light, The Cocktail Trading Co., Callooh Callay and Three Sheets London.