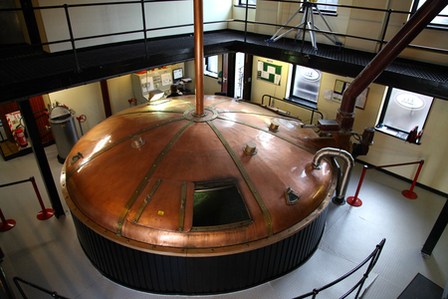 The ‘mashing’ process takes place in a vessel known as a ‘mash tun’ and uses heat in the form of hot water to induce natural enzymes (Amylase) to breakdown starch in the grain into fermentable sugars. The sugars and enzymes are then washed from the spent grist using more hot water and filtered out through the sieve-like base of the mashtun to produce a beige-coloured sugary liquid called wort.

The term 'mash' is believed to be a corruption of 'maceration' - referring to the soaking of the ground (macerated) barley in hot water.

Traditional open topped rake-and-plough cast iron mash tuns resemble a huge pan of porridge being mixed by giant rack-and-pinion driven rotating rakes. Three of these Victorian mash tuns are still operational in Scotland but most distilleries now use modern Lauter Tuns. These borrow technology originally developed for the German brewing industry and the first Lauter Tun was introduced to Scotland in 1974 at Tomatin distillery. 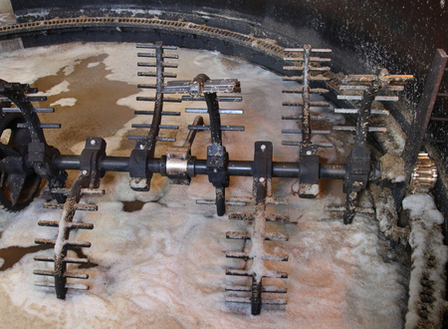 Constructed from stainless steel, Lauter Tuns are insulated circular vessels holding 4 to 12 tons of grain and 40,000 to 120,000 litres of hot water. Instead of rotating rakes, Lauter Tuns use blades on rotating arms which spin around within the vessel fluffing up the bed of grain, allowing the worts to drain - rather than agitating the entire bed as is the case with old-fashioned rake-and-ploughs which revolve as well as rotate. 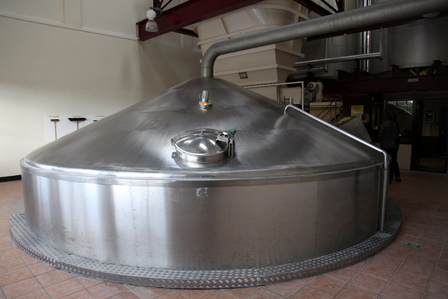 There are now one of only a handful of rake-and-ploughs mash tuns in existence as Lauter Tuns are more economical and produce a clearer wort - particularly if they are what is known as a 'Full-Lauter', meaning that the blades can be raised and lowered as they rotate. Lauter Tuns with fixed height blades are known as 'Semi-Lauter' mash tuns. 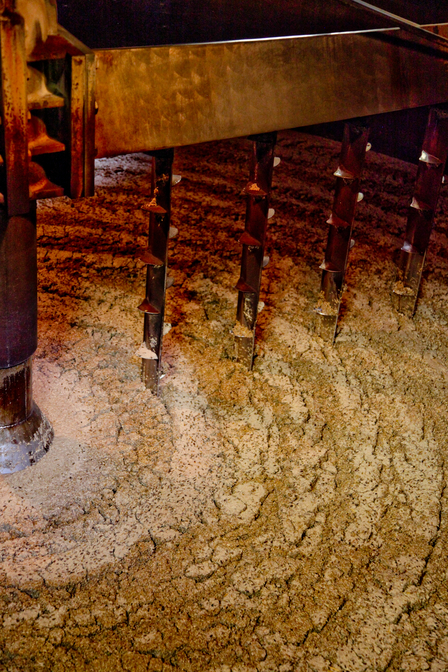 Blades inside a Lauter Tun

Lauter Tun technology may be of German origin but the biggest maker of Lauter Tuns for the Scottish whisky industry is Briggs of Burton Plc in Burton-on-Trent, England.

The barley contains starch, basically a large network of sugar molecules stuck together in chains. The hot water activates natural Amylase enzymes present in the malted barley which then break down the starch molecules into fermentable sugars, mostly maltose.

The sugary water is drained from the grain through a finely slotted false bottom in the base of the mash tun. The spent grain sits on top of the false bottom with the husks of the barley acting as a filter bed. If the grist has been milled too finely, then water will not pick up soluble sugars, while if it is too coarse the water will run through too quickly. Typically, the desired grist consistency is 20% husk (coarse) 70% grits/heart (medium) and 10% flour (fine).

The type of mash tun and the speed the wort is pumped out will affect the flavour of the finished whisky. A cloudy wort containing husks and flour from the barley will produce a malty, nutty and spicy spirit, while a clear wort will produce a spirit with less cereal character. 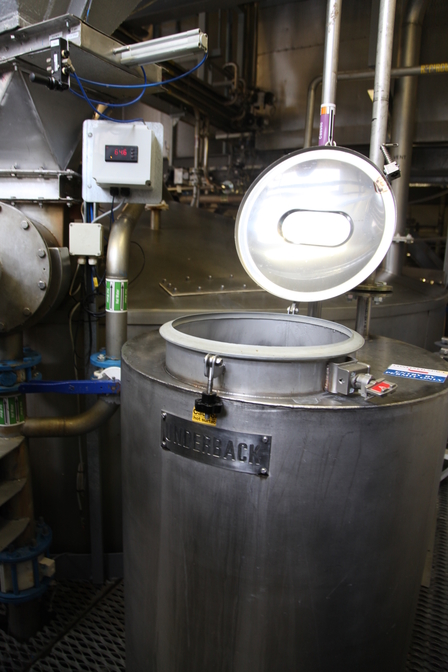 In order to extract the maximum amount of sugar and enzymes from the barley, more hot water is added to the mash tun as the first water is drained. The grain soaks in this second water releasing more of its precious sugars before being drained. This soaking and draining is repeated three and sometimes four times with the temperature of each 'water' gradually increased to tease out more sugar.

The first water is typically around 62.5°C - the temperature where the enzymes work best. The second water is slightly warmer, perhaps 75°C and this is used extract out more of the precious fermentable sugars without killing the enzymes. The third water is hotter, around 85° and this extracts the last of the sugars but kills any remaining enzymes.

The third water, and sometimes also a fourth water at around 95°C, are known as 'sparge' and will be retained to use as the first water in the next mash rather than being sent to fermentation. Each wash generally takes about 4-6 hours.

Sparging allows the distiller to extract the maximum amount of sugar from the barley. Some of the newer, more automated distilleries operate a continuous sparge where water is continuously added and drained with the flow computer controlled with sensors in the underback so preventing the false bottom in the mash tun dropping. As in a batch mashing, only the first 35-50% of water removed from the mash tun is sent on to charge the washbacks for fermentation with the last proportion of the water being retained as sparge to charge the next batch of mash.

The sugary liquid resulting from the first waters/wash removed from the mash tun is known as 'wort' and this is passed through a heat exchanger to be cooled to just below 34°C - the peak temperature for fermentation before being pumped to the washbacks (fermentation vats).

The high temperatures in the mash tun effectively sterilise the grain so the waste which is left in the mash tun after the wort has drained can be sold as cattle feed. Known as 'draff', local farmers are only too happy to collect this as it is high in proteins and very nutritious. Alternatively, some large distillers also now dry draff and burn it as a source of renewable energy. 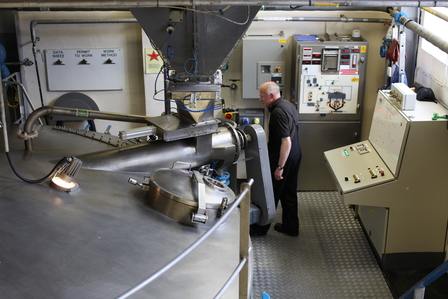 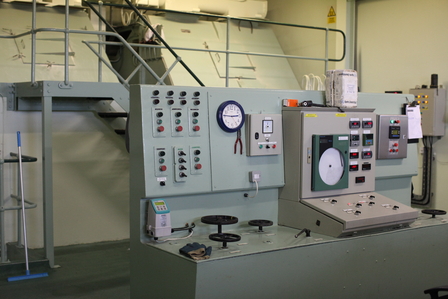 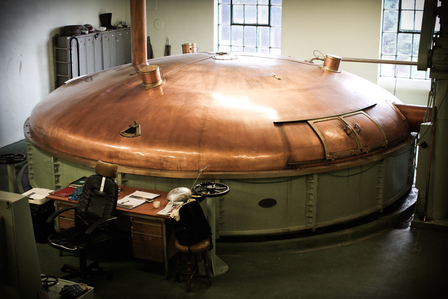 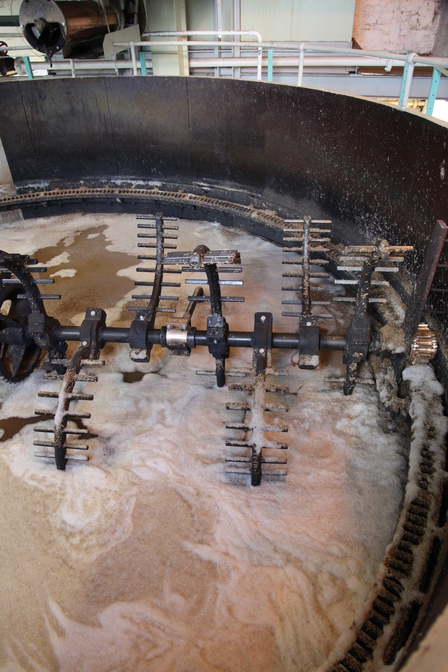 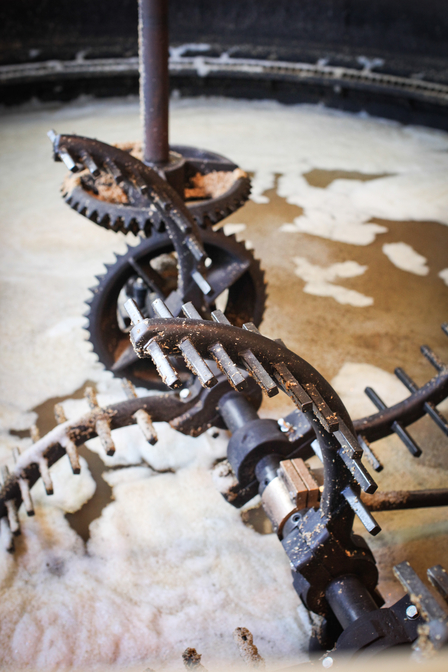 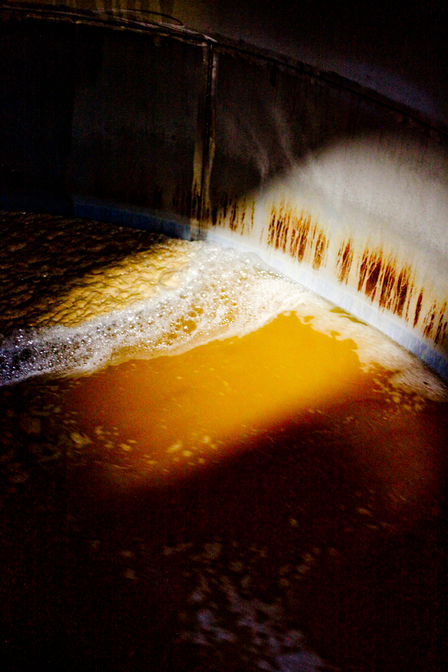 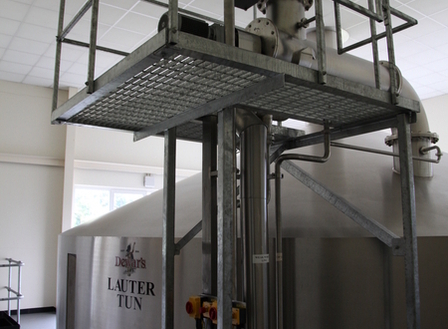 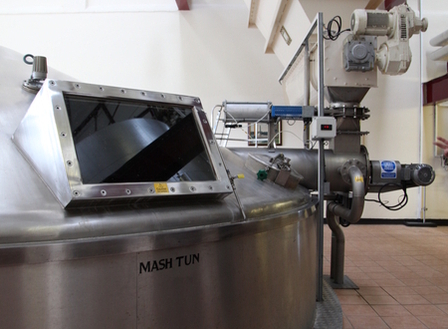 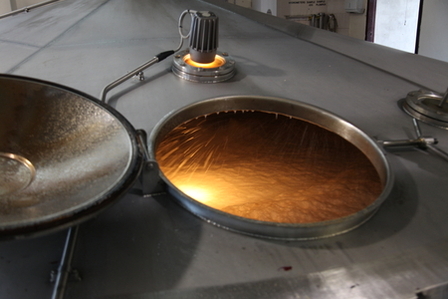 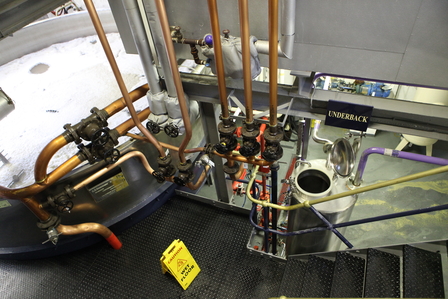 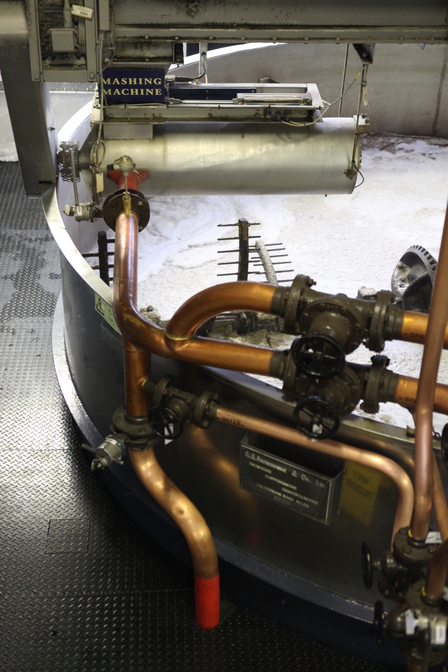 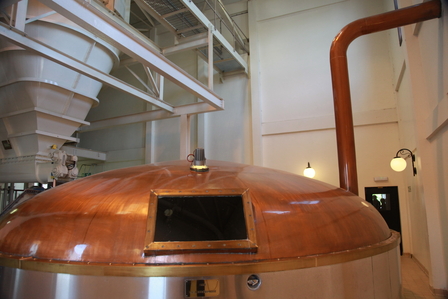