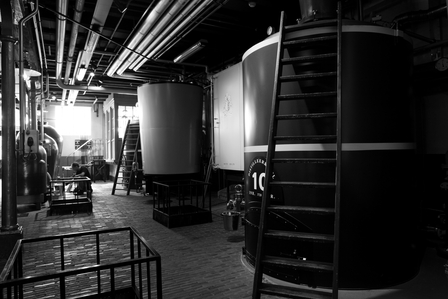 Vodka is a clear spirit which can be produced from anything containing starch or sugar - including potatoes, sugar beet molasses and, most commonly, grain. Over the past forty years vodka has grown from relative obscurity in the west to become the biggest selling spirits category.

Vodka originated in the grain-growing regions of western Russia, Belarus, Lithuania, Ukraine and Poland. Its exact origins are frequently the source of bitter dispute between the Russians and Poles, who both argue that vodka originated in their country. Both claim it as their national drink.

The 'Vodka Belt' countries of Northern, Central and Eastern Europe are historically connected to vodka production and still have the highest rates of consumption in the world.

According to Section 15 of Regulation European Commission No. 110/2008 of the European Parliament of 15 January 2008, "Vodka is a spirit drink produced from ethyl alcohol of agricultural origin obtained following fermentation with yeast from either: (i) potatoes and/or cereals, or (ii) other agricultural raw materials, distilled and/or rectified so that the organoleptic characteristics of the raw materials used and by-products formed in fermentation are selectively reduced. This process may be followed by re-distillation and/or treatment with appropriate processing aids, including treatment with activated charcoal, to give it special organoleptic characteristics."

Regulation (EC) No 110/2008 also requires that "The minimum alcoholic strength by volume of vodka shall be 37.5% abv" and that "The only flavourings which may be added are natural flavouring compounds present in distillate obtained from the fermented raw materials. In addition, the product may be given special organoleptic characteristics, other than a predominant flavour."

Prior to this regulation passing into E.U. law in 2008 the Vodka Belt countries of Poland, Finland, Lithuania and Sweden campaigned for the new legislation to categorise only spirits made from grain or potatoes as 'vodka'. This pressure led to the inclusion of the following clause "The description, presentation or labelling of vodka not produced exclusively from the raw material(s) listed in paragraph (a)[cereal grains or potatoes] shall bear the indication 'produced from...', supplemented by the name of the raw material(s) used to produce the ethyl alcohol of agricultural origin." Basically this means that vodka made from cereals and potatoes can continue to be labelled just 'vodka', while vodka made from other materials (e.g. grapes) now has to carry the indication 'produced from'.

For decades, The United States Bureau of Alcohol, Tobacco & Firearms defined vodka as, "neutral spirits so distilled, or so treated after distillation with charcoal or other materials, as to be without distinctive character, aroma, taste or colour". This was obviously ridiculous as different vodkas taste different so must have a distinctive character, aroma and taste!

Thanks to industry lobbying and plain good sense, in April 2020 the good folk at the Bureau of Alcohol, Tobacco & Firearms amended their definition, "Vodka' is neutral spirits which may be treated with up to two grams per liter of sugar and up to one gram per liter of citric acid."

In the U.S. the minimum bottling strength is 40% alc./vol. and (as per above) additives are permitted, including sugar at less than 2 g/l and citric acid at less than 1,000ppm (1 gram per litre.)