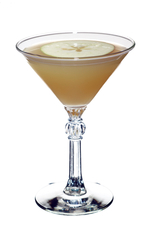 On this day in 2003, Apple launched its iTunes Store allowing users to purchase and download music. It was the first legal digital catalogue of music to include tracks from the five major record labels. iTunes started and dominated the digital music revolution.

Steve Jobs saw the rising popularity of pirated digital downloads and set about building a marketplace for music, crucially securing agreement and backing from the five major record labels. By April 2008, the iTunes Store was the largest music retailer in the USA and by February 2010 iTunes had sold 10 billion songs, making it the world's largest music vendor.

We're drinking an Apple Mac to the foresight and business nous of Steve Jobs as iTunes was just one of his many ideas that built the Apple empire.

Written by Nelle Harper Lee, who was born on this day in 1926 and died aged 89 in February 2016, everyone who has read To Kill a Mockingbird will have been moved by this gripping read. First published on 11th July 1960, the book was an immediate bestseller and more than 30 million copies have been printed.

After completing her gently autobiographical work - both a coming-of-age story and a depiction of racial prejudices in the American South - she helped her close childhood friend Truman Capote write an article for The New Yorker which would later evolve into his bestselling book In Cold Blood.

To Kill a Mockingbird won the Pulitzer Prize for Fiction in 1961, and the following year the film of the book won four Academy Awards, including Best Actor for Gregory Peck's portrayal of Atticus Finch, said to have been based on Lee's father.

Named for Harper Lee's book, the Tequila Mockingbird cocktail is thought to have been created in the 1960s.

It's also the anniversary of Mutiny on the Bounty

On this day in 1789, Fletcher Christian and his shipmates decided they had had enough of their captain, William Bligh, and dumped him and the 18 crew members who supported him in a launch. The reasons are unclear, but many think the crew wanted more free and easy sex with Tahiti's beautiful women.

Christian, with some local women he and his men had kidnapped, would start their own colony on the remote Pitcairn Islands: today, there are still 50-odd people living there. And yet the mutiny didn't harm Bligh's career. In a feat of incredible navigation, he made his way to the island of Timor in a small boat, avoiding cannibals, and losing only one of his crew. He made it back to Britain in 1790 and survived another mutiny. As Governor-General of Australia, he was overthrown during yet another mutiny, the Rum Rebellion - yet continued his career, rising in the end to Vice-Admiral.

We're toasting an anniversary that's inspired a bazillion movies with a Grog - a British navy favourite that Captain Bligh unwisely threatened to cut.

... comment(s) for It's iTunes birthday