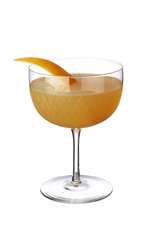 Today is National Tooth Fairy Day in the US and it seems like the kind of day we should be celebrating internationally. After all, as a force for good and bringer of happiness to little children, what’s not to like about the mystical Tooth Fairy?

Regardless of age, how many readers of this page still have a collection of their milk teeth stashed away? And if you're reading this in denial, then perhaps ask your mum if she still has your teeth in the back of a drawer or box in the attic. All those years ago when you placed your freshly lost teeth under the pillow did you really think it was the Tooth Fairy that had collected them? And teeth from their beloved sprogs are not the kind of thing mums put in the trash.

Well, today is the day the good fairy might just collect your teeth. Regardless, think of your mum, and perhaps your dentist, while celebrating this auspicious day with a tasty Greyhound's Tooth Cocktail, or perhaps a Shark's Tooth or even more appropriately Apairoteef.

A shy man who loathed being photographed himself, the father of photojournalism, Henri Cartier-Bresson was born today in 1908, in Chanteloup-en-Brie, France.

His belief that "in photography, the smallest thing can be a great subject. The little human detail can become a leitmotiv" would shape photography for decades, helping found the now-commonplace reportage style. Bilingual, brave and an all-round intellectual, Cartier-Bresson packed away his camera in the mid-1970s to devote himself to painting. The French Mule, a spicy, flavour-packed take on the classic Moscow Mule, is the perfect tribute to this French icon.

In India, and other Hindu cultures, today is Krishna's birthday, or Janmashtami. This major festival marks the birth of Krishna, the eighth incarnation of the great god Vishnu.

Highlights of Krishna's career? Lifting mountains, taming giant snakes, fighting demons and, umm, stealing butter. Many celebrants will have fasted yesterday, and eaten for the first time at midnight, the time when Krishna was born. But the party takes off in earnest during the day, with folk throwing coloured water on each other and competing to climb for pots of money.

Match of the Day

A British TV institution, Match of the Day premiered on this day in 1964, with some spotty, black and white coverage of a game between Liverpool and Arsenal that was watched by a mere 20,000 people.

Fifty plus years on, MotD remains the BBC TV's principal football programme drawing audiences of six million per episode, even in the live-streaming age. The format has survived substantially unchanged - and overcome presenter gaffes to be recognised by Guinness World Records as the longest-running football TV programme in the world.

We're toasting the occasion with a Tanglefoot, a blend of light rum, citrus and Swedish punsch, and a sense of pleasure that at least SOME things stay the same.