The crown bottle cap was patented this day 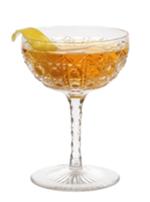 Today we are doffing our cap to William Painter, the inventor of the crown cap used to seal most beer and soda bottles. He filed three separate "Bottle Sealing Device" patent applications between 5th November 1889 and 19th May 1891 and all three patents were granted this day in 1892.

To quote from one of Painter's patent applications, "So far as my knowledge extends, I am the first to seal bottles by means of sealing-disks each compressed into close solid contact with the lip of the bottle and maintained in that condition by means of a flanged metallic sealing-cap, the flange of which is bent or crimped into locking contact (while the disk is under pressure) with an appropriate annular locking-shoulder on the head of the bottle, as well as the first to devise methods and means by which in the use of such caps and disks liquids can be bottled under even the highest gaseous pressures employed in this art."

Painter lived in Baltimore, Maryland, USA, so in 1892 with the issuing of the all-important patents, he set up the "Crown Cork & Seal Company of Baltimore." By 1898, he had introduced automation to his plant with the first foot-powered syruper-crowner, allowing 24 bottles a minute to be filled and capped. By the time he died in 1906, the company had expanded its manufacturing base to include Europe, South America and Asia Pacific.

Painter's invention revolutionized the bottling industry and led to bartenders wielding their bar blades like quick-draw gunfighters or pinging caps off bottles with Boston tins, lighters or pretty much any other object found behind a bar. We prefer our beer in cans (mini-kegs) but adore William Painter's invention. Hence we are drinking to Painter and all the crown bottle cap collectors out there with a Cappa Cocktail. If you want an excuse to ping one of Painter's caps off a bottle then you may prefer an Anyting Else with IPA.

Groundhog Day is an old tradition that dates back to central European legends about Candlemas, when bears might emerge from hibernation, signalling the end of winter. In German-speaking Pennsylvania, for some strange reason, the focus of the legend became the groundhog, a weird rodent that looks like a cross between a beaver and a squirrel.

The story goes that if the groundhog finds the weather cloudy, it will emerge and spring will begin. If it is a sunny day, the groundhog will be freaked by its own shadow and return to the dark, making winter last even longer. Here in Blighty, we are long overdue for spring and hoping for a cloudy day. So we are drinking a Fog Cutter #2, a modern variation on Trader Vic's classic.

This day in 1914, in a very different world, the most famous comedian of his era, and one of the great physical comics of all time, made his screen debut, in a silent film called Making a Living.

Charlie Chaplin had spent some of his childhood in the tough workhouses of London after his mentally ill mother could no longer support him. Super-motivated to succeed, he'd taken every job he could find, while continuing to chase acting work - until, eventually, a US producer picked him up and signed him.

While his producer cut most of Chaplin's best moments out of the movie, within a year he was headlining major films, and an international star. A big enough star, in fact, for the legendary Waldorf-Astoria in New York to create the Charlie Chaplin Cocktail in his honour. It's a deceptively simple blend of apricot brandy and sloe gin - we recommend you try it.

... comment(s) for The crown bottle cap was patented this day